The Foundation for Accountability and Civic Trust (FACT), a non-partisan ethics watchdog organization, will file a complaint Friday with the Federal Election Commission (FEC) seeking an immediate investigation into California state Rep. Rudy Salas (D) and his campaign for allegedly using state campaign resources for his federal congressional race.

Salas, a state elected official in California, on October 18, announced his candidacy for the House of Representatives in the state’s 21st congressional district to take on Republican incumbent Rep. David Valadao (R-CA). The complaint shared exclusively with Breitbart News before its filing outlines the allegations against Salas, using “state campaign assets for his federal campaign,” which “violates federal election laws, including contribution limits and reporting requirements.”

The allegation is centered on the accusation that Salas used old signage from his state campaign for his federal election, which “violates federal election laws” due to not being allowed to mix resources.

During Salas’s House campaign launch, the Democrat was at a podium with campaign signs around him, some being held by “positioned supporters,” which said “Rudy Salas for Congress.” However, FACT’s complaint noted, “The campaign signs appear to be Salas’ campaign signs from his previous 2020 state campaign that had been altered to use for his federal campaign.”

“The consensus view among observers is that Salas used signs from his past campaigns for California State Assembly, trimmed a border which read ‘Law Enforcement, Teachers, and Firefighters support,’ and used the tape to cover the word ‘Assembly,’” a recent report from the San Joaquin Valley Sun revealed. After FACT touches on the report from SJV Sun, it conceded that “It is unclear from the photographs whether Salas had taken any steps to remove inaccurate disclosures or include the appropriate disclosures on the signs.”

My name is Rudy Salas and I’m running for Congress in #CA21!
I have fought for the Central Valley for a decade in Sacramento, and today I’m taking that fight to Washington.
Will you chip in $10 or more to help launch this campaign?https://t.co/8mgO770poI pic.twitter.com/BJeBGurcct

Federal law prohibits federal candidates from soliciting, receiving, directing, transferring, or spending funds in connection with an election for federal office unless the funds are subject to the limitations, prohibitions, and reporting requirements of the Act. For instance, funds raised for a state campaign are not subject to federal contribution limitations or federal reporting requirements for contributions and expenditures, and these “non-federal” funds cannot be used for a federal election.

Federal law also requires that all communications made by a campaign display a “clear and conscious” disclaimer. Specifically, the disclaimer should state that it is paid for by the campaign committee, be easy to read, and not placed where it could be easily overlooked.

After local media recognized the Democrat potentially violated federal campaign law, FACT noted in the complaint that Salas canceled a media appearance at the last second. The host of Sunday Morning Matters on KSEE, an NBC-affiliated local station, stated, “[Salas] canceled on me on the last second” before conducting a panel to discuss his campaign signs.

Eventually, Salas was interviewed and directly asked multiple times to comment on the campaign signs, which he would not answer if he violated any federal campaign finance rules. Instead, he gave long-drawn-out answers. The complaint noted, “While he refused to answer the question or provide any information to voters, Salas gave long, rambling, off-topic responses in an attempt to avoid the questions.”

Rudy Salas announces bid for Congress
“People that have followed my career and know me know that I’ve always been an independent voice, I’ve been somebody that’s been honest, true, somebody that’s had grit and determination…https://t.co/3t3bb9Qa3w

“This is a case where the evidence of a violation is further supported by Salas’ response. Candidates and elected officials should be held to high standards to ensure they do not abuse the inherent power that comes from holding office,” FACT’s Executive Director Kendra Arnold told Breitbart News.

Arnold explained Salas not answering “simple and direct questions” about his campaign being named for a possible FEC investigation is “disrespectful to the citizens who deserve straightforward answers from elected officials.”

“[FACT] requested the FEC not only investigate this case but also ensure that Salas has not used any other state campaign assets for his federal campaign,” Arnold concluded. 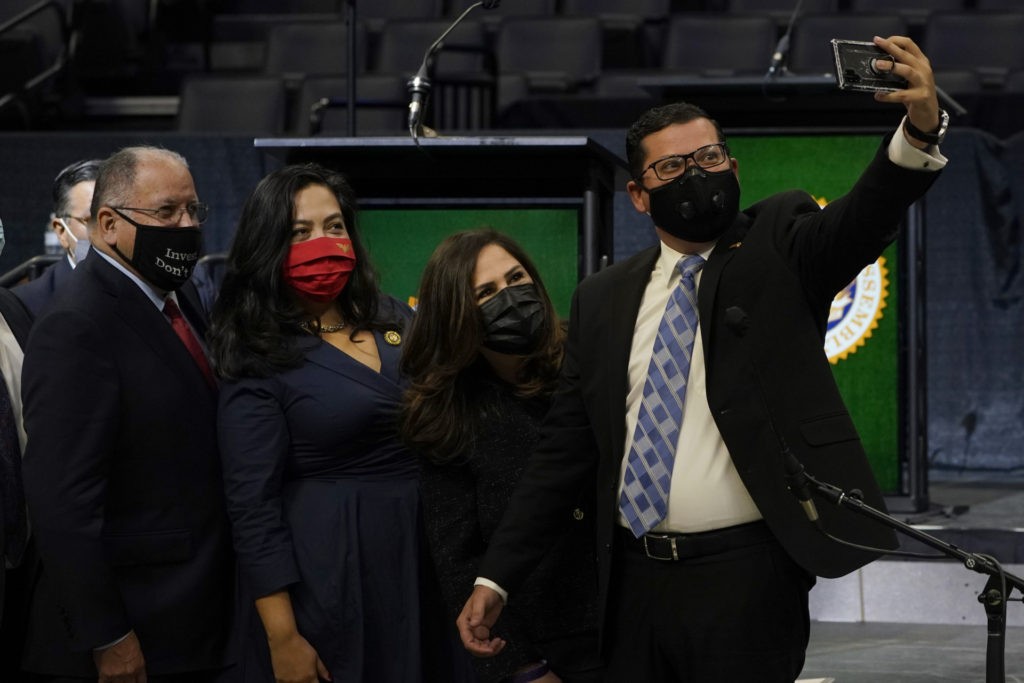 According to the SJV Sun Salas’s recent filings with California’s Secretary of State shows he has $906,762.24 cash on hand.

A full copy of the FACT’s complaint will be filed against Salas can be found here.

UPDATE: Breitbart News attempted to reach Salas’s Capitol, Bakersfield, and Hanford offices regarding the ethics complaint being filed against him. However, no one was available for comment in each office.