Education researcher Stanley Kurtz writes “it is no accident” the weight of the battle to save America’s constitutional republic and Western civilization itself “has fallen upon the shoulders of parents.”

In a piece at National Review Thursday, Kurtz, who warned the nation about the Common Core Standards, the revised Advanced Placement U.S. History framework, and Critical Race Theory and its complement, “action civics,” praises the determination of parents in Loudoun County, Virginia, against “the sword of the wokerati.”

A senior fellow at the Ethics and Public Policy Center, Kurtz explains how the “legions of woke” assumed power gradually since the 1960s:

This transformation moved slowly at first, then took hold seemingly everywhere at once. That’s because a generation of America’s elite has been steadily imbued with an alternative set of beliefs. Those beliefs were inculcated full force during the college years and to an only somewhat lesser extent in K–12. Once the recipients of this (mis)education reached critical mass, a direct challenge to core republican principles became viable. Meanwhile, the decline of religion has helped transform the new belief system into an alternative faith, lending tremendous energy to its acolytes.

He points out that fighting back against the invented woke dogma of “systemic racism” and “white privilege” takes courage, and notes the school officials, academics, and even students themselves who have cowered under pressure, knowing they would likely be labeled “racist” themselves.

“It is not worth the cost of fighting back against promiscuous charges of racism, even — or especially — when accusations are expanded to cover intellectual traditions, institutions, or systems,” he asserts. “Once a critical mass of accusers stand watch over the false charges they generate, silent and sullen acquiescence is the sensible response.”

“Yet someone holds the power to reverse this decades-long trend,” Kurtz maintains, and that “someone” is “parents”:

“It took parents to finally say no,” to woke education and, yes, woke society, he writes.

Congratulations to the three new school board members we helped elect in Virginia:

Kyle Gutshall in Shenandoah School Board

Maureen Siegmund in Stafford School Board

Angela Allen in Goochland School Board

Yet Kurtz wonders whether the already advanced “momentum of societal decay can be reversed instead of merely halted.”

“Can rebellious parents go on offense against the woke seizure of our culture?” he asks, and makes the suggestion that the first step on this pathway be “the teaching of Western civilization,” which he describes as the “common heritage of all Americans, regardless of race, creed, or ethnicity.”

“Accepting false claims that teaching Western civilization is mere racial or ethnic cheerleading was a big part of what got us into this mess to begin with,” he points out. “We sold out our heritage — the story of our governing principles, where they came from, why they’re worth defending, and the ways in which they remain available to all — in fear of false charges of bigotry.”

“To restore what has been destroyed, we must bring the teaching of Western civilization back,” he counsels, but notes that even conservative lawmakers and governors have been dropping the ball by cowering to “woke bureaucrats” and “left-leaning professors” when it comes to education issues. 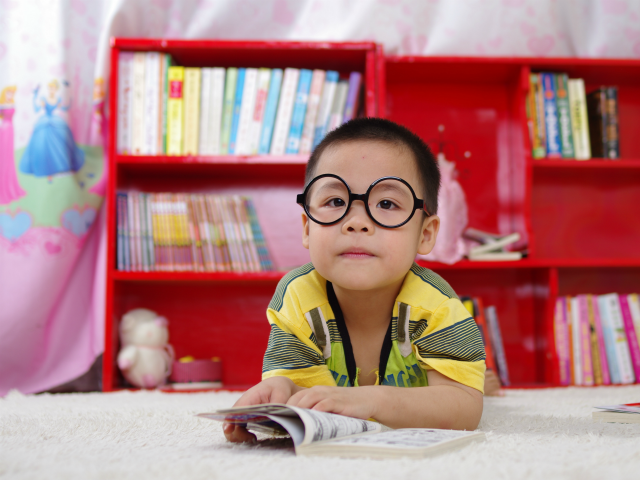 The scores of United States fourth graders dropped on an international measure of reading skills – with those of the lowest-performing students declining the most – following years of the implementation of Common Core. (Pixaby)

What’s more, a “veritable industry of education consultants now specializes in language games and clever strategies designed to hijack state K–12 standards and turn them to leftist ends, without state legislators, governors — or parents — catching on,” he observes.

But, with a return to the teaching of Western “civ,” bolstered by a now highly energized parent stronghold – many of whom won their bids for local school board races this week – “this strategy has a chance of success,” Kurtz says, with still a word of caution:

Yet it requires that governors and legislators appoint state education officers who are not the usual suspects, and explicitly charge them with restoring Western civilization to the K–12 curriculum. It will also require the creation of new curriculum material on Western civilization that can be adopted at the local school-district level. Non-profits such as American Achievement Testing (AAT Education) are already beginning to do this for U.S. history and civics. Curricula in Western civilization could follow.

As of this morning our candidates lead in 44 of the 58 races we competed in.

We may have won 75% of the races we competed in!

While Kurtz warns of another likely strenuous battle, he reasons that “a series of red states and school districts” that are willing to restore K-12 Western civilization instruction “would serve as a powerful cultural counterweight to the woke ascendency.”

“Once parents, rather than woke education bureaucrats, are in the driver’s seat, victory is achievable,” he asserts.