In response to the Department of Defense’s (DOD) decision to mandate coronavirus vaccinations for U.S. servicemembers, Rep. Greg Murphy (R-NC) urged the Pentagon to reconsider while describing the decision as “ethically troubling” with the potential to “critically hinder our national security and readiness,” in a letter sent to Secretary of Defense Lloyd J. Austin on Thursday.

While describing himself as “sympathetic” to the premise of protecting U.S. military personnel from the coronavirus, Murphy blasted the idea of “relieving our patriotic and committed U.S. servicemembers” simply because they choose not to be vaccinated, and he urged placing servicemembers and national security above political interests. 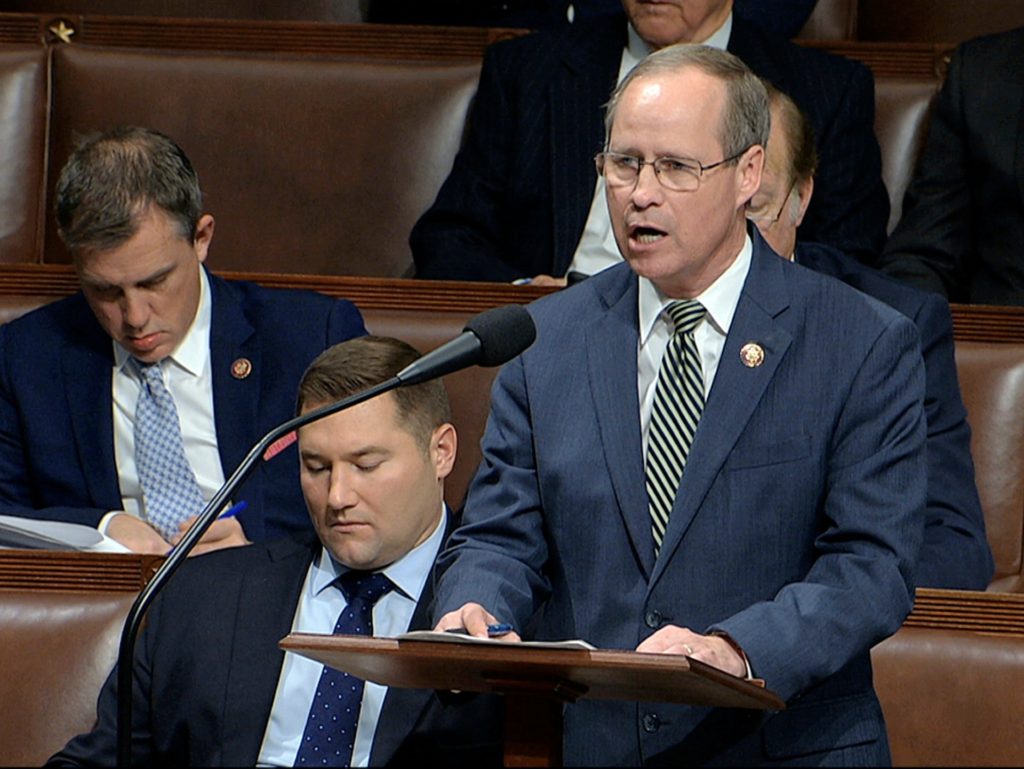 Rep. Greg Murphy (R-NC) speaks as the House of Representatives debates the articles of impeachment against President Donald Trump at the Capitol in Washington, Wednesday, Dec. 18, 2019. (House Television via AP)

“Our servicemembers are heroes who risk so much to keep our nation safe at home and abroad,” he said. “Fortunately, the vast majority of our military are at a low risk for COVID complications.”

“Congress must stand up for them,” he added.

In the letter addressed to Austin and sent to the heads of the military branches, Murphy, a practicing urologist, began by expressing his “deep concern” over the mandate and its consequences:

I understand that noncompliance could result in the dismissal of thousands of exceptional, highly trained servicemembers just as our nation is having to confront a platitude of challenges on the global stage, most recently, the disastrous exit from Afghanistan and compounding threats from the Chinese Community Party, including their testing of new hypersonic missile systems. 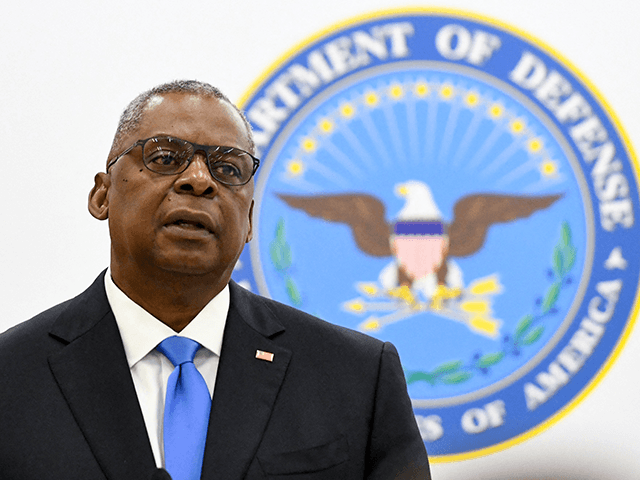 The letter goes on to describe as “reprehensible” the consideration to relieve servicemembers who have “made the choice to selflessly serve our nation … simply because of COVID-19 vaccination status.”

He then warned that “dismissing or refusing to deploy unvaccinated servicemembers” has the potential to “critically impede operational readiness and undermine U.S. national security.”

The letter concludes by calling out the Biden administration for “putting political science above long-term national security interests,” while imploring the Secretary of Defense to reconsider the decision.

In August, the Pentagon issued a department-wide memo mandating vaccination against the coronavirus for all members of the military despite coronavirus mortality rates in the military being a minuscule 0.02 percent. 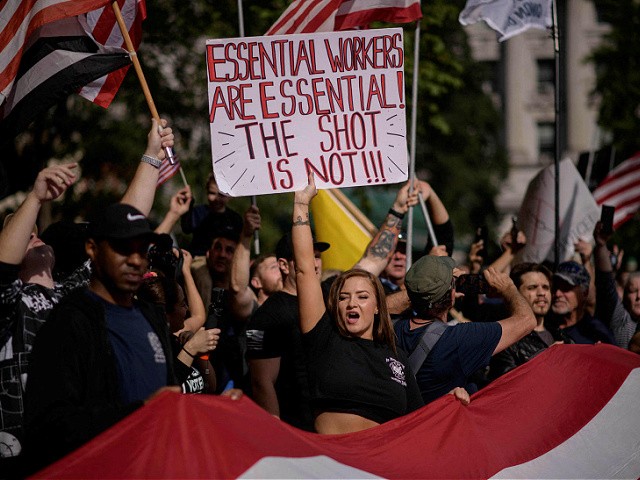 Municipal workers hold placards and shout slogans outside city hall during a protest against the covid-19 vaccine mandate, in New York on October 25, 2021. (Photo by ED JONES/AFP via Getty Images)

Last month, approximately 12,000 Air Force personnel reportedly refused orders to be vaccinated against the coronavirus despite the Pentagon’s mandate, while members of the U.S. military expressed grave concerns, warning the mandate could majorly impact military readiness.

Also last month, Sen. Roger Marshall (R-KS) highlighted the consequences of a dishonorable discharge as a possible outcome for military personnel refusing to comply with vaccine mandates imposed by the Biden administration across the U.S. armed forces.

“Those folks will be treated as felons. They’ll never be able to get a job, again. They lose their Second Amendment,” he added. “In some states, they won’t be able to vote, again.”