Los Angeles County Sheriff Alex Villanueva affirmed Tuesday that he will not enforce a coronavirus vaccine mandate requiring officers to be inoculated against the illness or be fired.

Villanueva expressed concern that the mandate could spark an exodus in the department, stating that the Los Angeles County Sheriff’s Department (LASD) is already facing severe staffing challenges. The sheriff stated that he witnessed a roughly 20 percent increase in retirements.

“It’s actually disrupting our ability to provide public safety services to Los Angeles County,” he said during a press conference, according to ABC7.

Villanueva noted that 51.7 percent of the department — approximately 16,000 employees — are vaccinated, while 42.8 percent of sworn staff members have received the jab.

All county employees — including sheriff’s deputies — must register their vaccination status by October 1, according to a Board of Supervisors executive order. 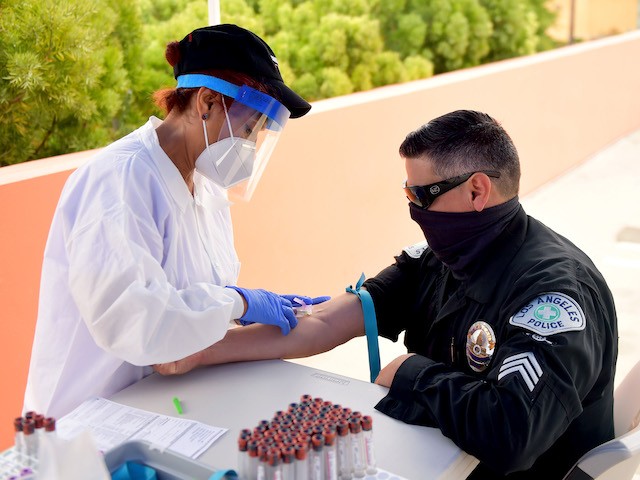 Villanueva, who faces a reelection challenge next year, has defied other health orders during the pandemic. Last month, he said he wouldn’t have his deputies enforce a mandate requiring vaccinated and unvaccinated people to wear masks in indoor public settings.

Vaccine mandates are rolling out nationwide for government employees and many cities are clashing with first responder unions over the requirements. About 9,000 New York City municipal workers — including 34 officers — were put on unpaid leave for refusing to comply with a coronavirus vaccine mandate that took effect Monday.