The following is an exclusive excerpt from Rep. Jim Jordan’s (R-OH) new book, Do What You Said You Would Do: Fighting for Freedom in the Swamp, available on November 23. The excerpt below is from the chapter discussing events in 2015 that led to the House Freedom Caucus’s (HFC) ouster of John Boehner as speaker of the House.

Stripping Mark [Meadows] of this subcommittee chairmanship was a dumb move. But bullies do dumb things. They do arrogant things. They selected one of the leaders of the HFC to punish, and they chose the Oversight Committee—the committee with more Freedom Caucus members than any other committee in Congress. Again, it was a dumb move!

On Friday, Oversight and Government Reform Committee Chairman Jason Chaffetz informed Mark that he would no longer be the subcommittee chairman. Word spread quickly over the weekend. I talked with Mark and a number of HFC colleagues. We all agreed it was wrong, and we said so publicly. I also spoke with Chaffetz and told him that what he did was inappropriate, and I thought it would not go over well with members of his committee. He wouldn’t give a direct explanation for why he had made the decision to fire Mark. He said it was just something he believed was best for the committee. It was baloney. We all knew why he had done it: The Speaker had told him to! 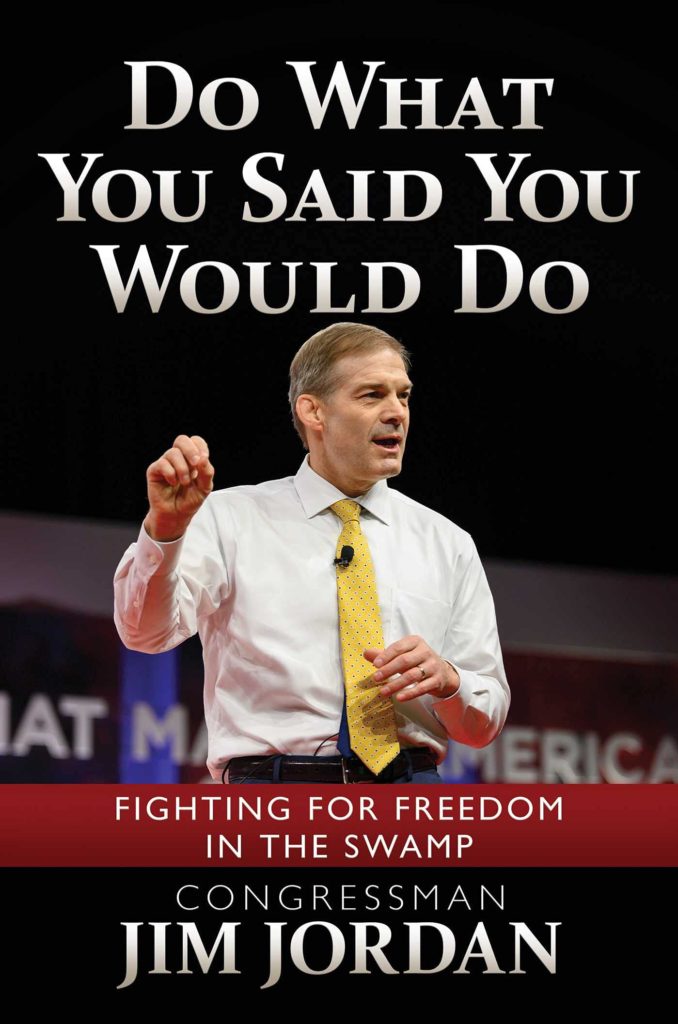 The following Monday, we had our standard HFC meeting. There was only one topic discussed: What were we going to do to help Mark? It sounds simple, but it felt like grade school. The bully just shoved your little brother; now it’s time to punch him in the face. We knew it was time to rally and defend Mark. We just didn’t know exactly how.

Like any group, HFC has members with a variety of skill sets, and some of those skills are unique. Morgan Griffith is the congressman from the Ninth District of Virginia. Morgan is a lawyer, a former delegate to the Virginia assembly, and one of the nicest individuals you will ever meet. He’s also an expert on House rules and Republican conference rules. He enjoys reading and studying the rules, and knowing how everything in the House operates. In the HFC’s six years of existence, his expertise has been a tremendous asset.

Near the end of our meeting, it was Morgan’s turn to speak. “I’m not sure the chairman can do that,” he said.

Morgan went on to explain that he was pretty sure that if a majority of Republicans on the full committee opposes the chairman’s decision, then we could stop it. In short, we potentially had veto power. The next morning, we checked it out. Morgan was right. Now it was time to get to work. But before we could, there was a nine o’clock House Republican conference meeting.

I walked into the conference meeting a few minutes late. The first thing I noticed was that a number of HFC members hadn’t arrived yet. Mark, however, was there. He was seated where we typically sit, but this time all by himself. Not a soul near him. You would have thought he had the plague. I walked over, sat down beside him, and used the old line, “You hanging out with all your friends?” As Mark laughed, John Boehner stepped to the podium to give his remarks. Near the end of his comments, almost as an afterthought, he added, “We had a chairman make a decision over the weekend, and I want you to know I support our chairman.” This confirmed what we already knew: Boehner was responsible.

A few minutes later, I walked to the microphone to speak up for Mark and let the Speaker know that we would defend our team. During my speech, I got hissed and yelled at by a few colleagues, but I told the conference that Mark Meadows is a good man who does good work on the committee and in Congress. He’s one of the most active and involved members of the Oversight Committee and is committed to fighting for his constituents and doing what he believes is right.

Then I remember asking a simple question: “Who’s next? Who will they go after next?”

One colleague yelled, “Maybe you!”

I replied, “Maybe. But do we really want to live in a world where you get punished for representing your district and voting your conscience? Everyone in this room knows what’s happening to Mark Meadows is wrong, and we should not tolerate it.”

HFC members left the conference meeting determined to win. I headed straight to our office to put together the letter for Chairman Chaffetz.

The letter asked Chaffetz to reinstate Mark as subcommittee chairman or we, the undersigned, would shut down every future committee hearing. But the letter didn’t mean a thing unless we could get members to sign it. There were twenty-five Republican members on the House Oversight Committee. Eleven of them were HFC members, and I felt all but one of those eleven would sign. The one I figured wouldn’t sign shared our belief that Mark was being treated unfairly, but because of her close friendship with the chairman, she would probably be reluctant to sign. So, we started with ten. Plus, I believed that my colleagues Jimmy Duncan and Thomas Massie would also sign.

Jimmy Duncan had served in Congress for thirty years. He is a good friend and one of the nicest gentlemen I’ve ever known. When I came to him with the letter, he was actually in the Speaker’s chair presiding over a session. He signed it on the spot.

Thomas Massie is in a league of his own. When you meet Thomas, your first thought is “good old boy from Kentucky.” He is indeed that. He raises cattle on his ranch back home. He chairs the Second Amendment Caucus in the House of Representatives, and I’m sure he has more guns than just about anyone. But he also has two engineering degrees from MIT, and he designed and built his own house. He has thirty patents, and he and his wife, who also has an engineering degree from MIT, built and sold their very successful technology company.

I’ll always remember an exchange between Thomas and IRS commissioner John Koskinen.  Thomas had made a statement about probability. The likelihood that Lois Lerner’s hard drive had crashed and her emails had come up missing at the exact time the Oversight Committee was investigating the IRS targeting defied the laws of probability. Mr. Koskinen tried to brush off the topic by saying it’s not how probability works. Thomas replied, “Yes, it is. I studied it at MIT.”

Congressman Massie’s a wonderful guy who’s not in HFC, but he is totally one of us. On one occasion, I was talking to Thomas about joining the group, and he said in his very Thomas Massie way, “Jordan, I don’t want to go to any more meetings. Just let me know when the prison riot starts. I’ll be there with my shank sharpened.” He’s been true to his word and then some. He’s another great friend.

He signed on the spot, as well. Twelve down…one to go.

There were three conservative freshmen committee members who were on the fence. They knew that the right thing to do was sign the letter, but it is always hard to buck the Speaker of the House. It’s especially difficult when you have only been in Congress for six months. I paid a visit to each of them in their offices. Each wanted to know what the other two were thinking. If I could get one, I’d get all three. I did a second round of visits. On this round, the third said “yes.” I went back to the other two and got their signatures as well. We were there. We only needed thirteen but had gotten fifteen.

It was time for a “come to Jesus” meeting with Chairman Chaffetz.

I called the chairman and told him that a number of members wanted a meeting to discuss his decision on Mark’s chairmanship. He agreed to meet and set it up. I walked into the meeting with the letter in a folder. I never had to take it out. We told the chairman that fifteen members had signed it. We had a family discussion. The meeting ended with the chairman saying he needed some time to make a decision.

Two days later, Jason Chaffetz reinstated Mark Meadows as subcommittee chairman. It was one of the proudest moments of my time in Congress. Something like this doesn’t often happen. The Speaker had punished an HFC member by taking away his chairmanship. He did it because thirty-four of us had voted against a rule, and he wanted to send a message. But within one week, Mark was reinstated. We had beaten the establishment.

In hindsight, this was the beginning of the end for the Speaker. And of course, the irony is not lost on anyone. The very guy John Boehner sought to punish to send a message is the guy who would file the motion to vacate the chair one month later.

Rep. Jim Jordan is a U.S. congressman serving Ohio’s Fourth Congressional District, and he currently sits as ranking member on the House Judiciary Committee. His book, Do What You Said You Would Do: Fighting for Freedom in the Swamp, is available on November 23.