While the congressman is being investigated by the House Ethics committee, in addition to having two ethics complaints filed by non-partisan ethics watchdogs, Malinowski revealed in a recent Periodic Transaction Reports (PTRs) for stock transactions, made over $1,000 that there were 86 transactions, worth up to $1,970,000 that were previously not disclosed, a report from the Washington Free Beacon stated.

The report noted that the transactions were revealed in an August 26 PTR, dated back to January 2019 and as recent as this past March. The report indicated that the stocks we valued at a minimum of $373,086, possibly going up to $1,970,000.

Failing to report any of the 86 transactions in a PTR within the required time between 30 to 45 days when the transactions exceed $1,000 is a violation of the STOCK Act, which Malinowski appeared to do. Additionally, the PTR the congressman filed included 48 amendments to financial transaction disclosures that were also filed inaccurately. 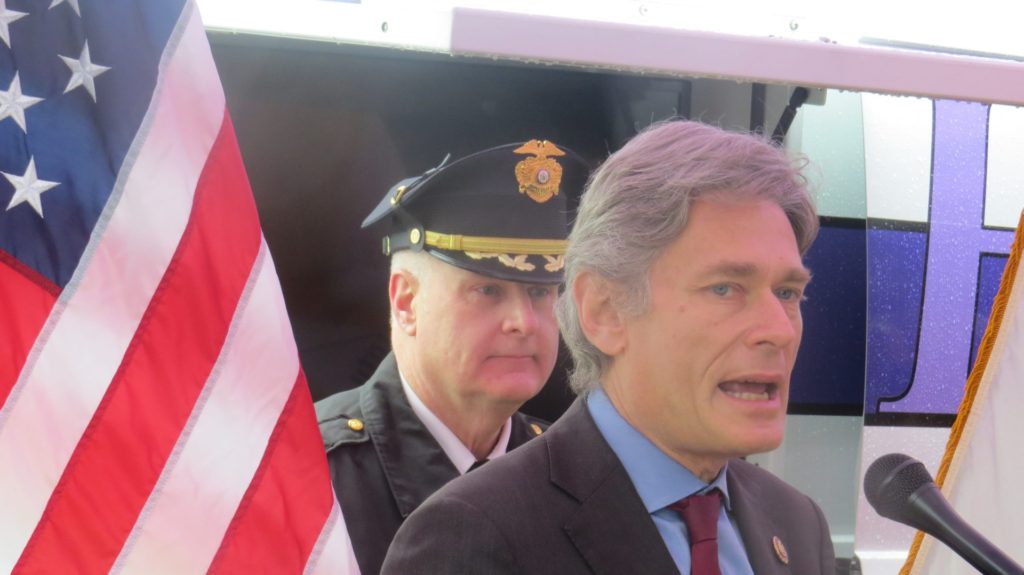 In March, Malinowski received two congressional ethics complaints on dozens of his stock trades which occurred in 2020, in the first weeks of the Chinese coronavirus pandemic. Eventually, he filed them late, which at the time were worth at least $671,000.
[…]

In July, the congressman reportedly paused all of his stock trading until he got approval from the House Ethics Committee to put all of his assets into a blind trust after the multiple complaints that were filed against him.
[…]

In August, another report noted that, “in addition to multiple ethics complaints the congressman is facing after failing to disclose hundreds of thousands of dollars in stock transactions, in July,” the congressman also changed his previous disclosure to show some trades that were not reported over two years ago in 2019.

However, the latest PTR showed previous undisclosed transactions when the congressman invested in health care and technology companies, which saw a rapid increase in price during the height of the coronavirus pandemic. The Free Beacon reported:

On June 11, 2020, for example, Malinowski purchased stock for roughly $5 a share in TFF Pharmaceuticals, a biopharmaceutical company that won major investment as it developed potential COVID-19 treatments. The company’s stock price more than tripled to $18.34 before the year’s end. It is unclear whether Malinowski still holds the stock.

Over half of the newly disclosed trades were made after Jan. 21, 2020–when the World Health Organization determined that coronavirus reached America.

Also included in the new batch of disclosures are transactions involving Chinese companies such as CNFinance Holdings Ltd, which is based out of Guangzhou, China, according to its listing on NASDAQ. Malinowski has publicly talked tough on China, even penning an op-ed for the Washington Post outlining how the United States could  “defeat China.”

The executive director for the non-partisan ethics watchdog Foundation for Accountability and Civic Trust (FACT) told the Free Beacon that “Stock transaction disclosures are one of the easiest, yet essential requirements with which members must comply.”

She added that while the congressman is aware of the “failure to comply with these rules already” by improperly filing his stock transactions, “The law clearly states members must provide ‘full and complete’ financial information to the public in a timely manner.”

Scandal-ridden Rep. Tom Malinowski (D-NJ) reportedly lobbied to have the Guantanamo Bay detention camp closed while saying inmates, some of them Taliban senior leaders, should be “released to their home countries” when he was a lobbyist. https://t.co/zCnk9wolGn

On Thursday, the House Ethics Committee said it would be further investigating Malinowski’s hundreds of stock transactions, worth hundreds of thousands of dollars that allegedly violated the STOCK Act. The committee’s chairman and ranking member wrote in a statement that the committee agreed to further investigate Malinowski’s alleged violation of the federal STOCK Act in a five to one vote.

“If Rep. Malinowski failed to properly disclose stocks that he purchased or sold or failed to properly file PTRs for any of the stock transactions he made, then he may have violated House rules, standards of conduct, and federal law,” the report said.

“There is substantial reason to believe that that [sic] he failed to properly disclose stocks that he purchased or sold or failed to properly file PTRs for any of the stock transactions he made,” the report added.
The National Republican Congressional Committee  (NRCC) spokeswoman said, “Tom Malinowski just can’t stop breaking the law. He’s a corrupt politician who will be held accountable for his crooked behavior by New Jerseyans and now, potentially the House Ethics Committee.”

REVEALED: Rep. Tom Malinowski (D-NJ), who campaigned on “reforms to limit the role of money in politics,” failed to publicly disclose dozens of personal stock trades in possible violation of the federal STOCK Act. https://t.co/dBDznjze6h

In 2012, Congress quickly passed the STOCK Act and former President Barack Obama signed it into law after it received substantial bipartisan support in both chambers. The legislation was introduced and promptly signed into law thanks to Breitbart News senior contributor Peter Schweizer, who in 2011 released Throw Them All Out, exposing corruption in the highest echelons of elected life.

In Schweizer’s book, he exposed House Speaker Nancy Pelosi (D-CA) and many others, revealing corruption among Republicans and Democrats on Capitol Hill, forcing Congress into adopting the STOCK Act that implemented stricter reporting and ethics requirements.