Atlanta’s city council wants fines for gun owners who do not lock their firearms in a box or otherwise store them when not in use or transport.

But CBS 46 reports that the city council cannot implement a gun storage resolution because the state of Georgia has a preemption law.

Preemption laws prevent cities and municipalities from enacting gun controls that exceed the gun controls in place at the state level.

The city council pointed Monday to the number of guns stolen from vehicles annually in Atlanta and asked state lawmakers to make a change so cities and municipalities can “issue fines for those who don’t safely store their guns in their car.”

Atlanta City Councilman Michael Julian Bond commented, saying, “This isn’t about trying to control or take away anyone’s gun rights. We’re just asking people who are exercising that right, understand and will be on board with assuming the total weight of responsibility.”

Atlantans deserve and expect a safe community. As our Administration continues to put considerable resources towards ending this COVID crime wave, the Anti-Violence Advisory Committee will begin work this week to make additional recommendations to help improve public safety throughout our city. 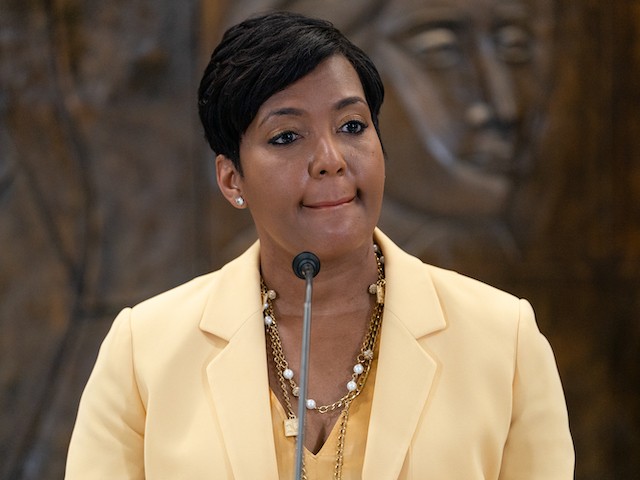 Atlanta Mayor Keisha Lance Bottoms announces that she will not seek reelection at a press conference at City Hall on May 7, 2021, in Atlanta, Georgia. (Elijah Nouvelage/Getty Images)

AWR Hawkins is an award-winning Second Amendment columnist for Breitbart News and the writer/curator of Down Range with AWR Hawkins, a weekly newsletter focused on all things Second Amendment, also for Breitbart News. He is the political analyst for Armed American Radio and a Turning Point USA Ambassador. Follow him on Instagram: @awr_hawkins. Reach him at awrhawkins@breitbart.com. You can sign up to get Down Range at breitbart.com/downrange.