Huma Abedin, the wife of disgraced former Rep. Anthony Weiner and a Deputy Chief of Staff for former Secretary of State Hillary Clinton, revealed Monday her husband lied to her for days about the lewd photo he posted on Twitter that ultimately cost him his career.

Abedin revealed her side of the story in an excerpt of her memoir Both/And: A Life in Many Worlds published in Vogue.

You can now read an exclusive excerpt of #BothAndMemoir in @voguemagazine.

Thank you to the entire Vogue team for allowing me to share my story with you.https://t.co/VwqSOhxM8c

Abedin wrote in her book that Weiner texted his pregnant wife after the incident happened, telling her that he was hacked:

As I scrolled through my new emails, a text appeared from Anthony, who was in New York.

“Yes,” I replied. It took a few minutes for the next message to come through.

“My Twitter was hacked and someone posted a photo. There might be a story, but I am working on fixing the problem. Nothing for you to worry about. See you soon.”

When Abedin returned home in New York, Weiner picked her up at the airport and warned her the New York Post was working on a story about the picture, but still did not tell her the truth.

They spent Memorial Day weekend with friends, and as they returned to Washington, DC, Weiner continued to publicly deny he sent the photo on Twitter. 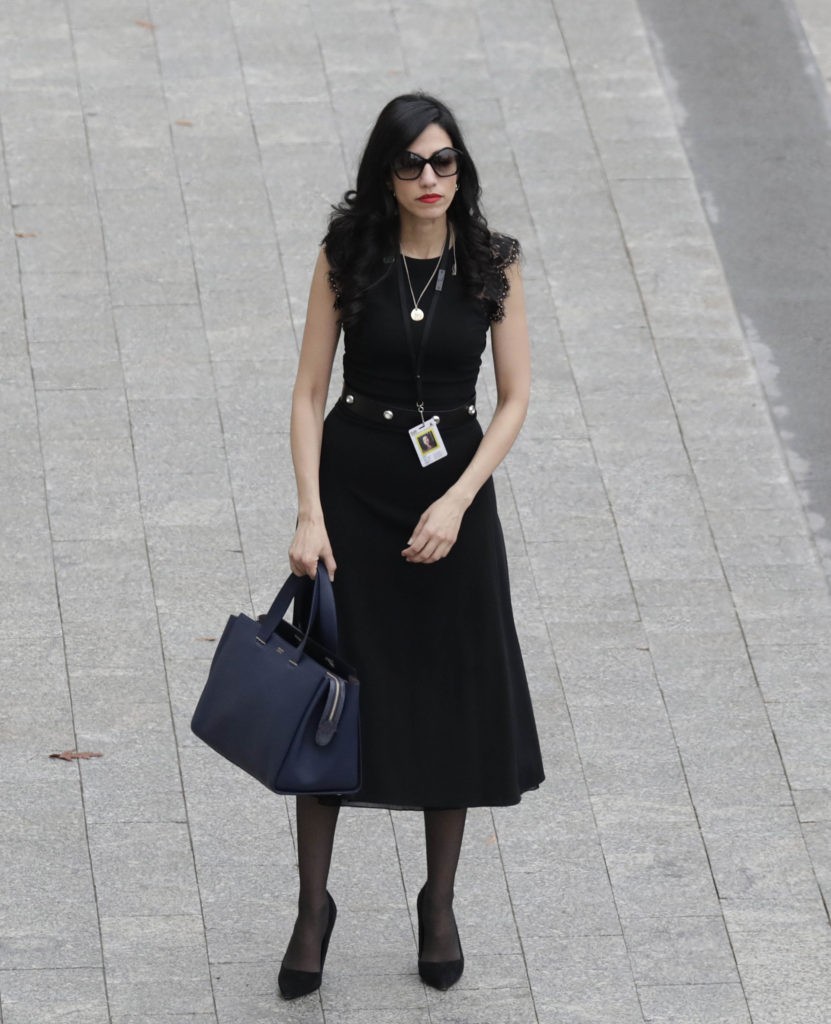 When Clinton asked her what was going on, Abedin reassured her Weiner and his staff were investigating the “hack.”

It wasn’t until days later, back in New York, Weiner told his wife the truth:

When I woke up the morning of our departure, alone in bed, I realized that Anthony had never joined me in the bedroom. I walked past the small guest room at the end of the hall and noticed that the bed there had been slept in. I walked down the stairs and found Anthony standing in the door frame with his head down, bags laid at his feet. Not in. Not out.

And then, just like that, life as I knew it was officially over. “It’s true,” he said. “I sent the picture.”

Abedin said Weiner excused the image he posted publicly on Twitter was “a tawdry joke, a dare” he sent to someone. Abedin told him that he had to reveal the truth:

The first thing I said was, “You mean you’ve been lying to the whole world for a week?? Anthony, you have people counting on you. You owe them the truth!”

“I know,” he said. “I have to go back and deal with the consequences.”

Abedin also revealed she was conflicted about going with Weiner to his press conference. She excused his act as “infuriating, deeply inappropriate, juvenile, crass, and stupid,” but also something she believed had not “fundamentally altered our relationship.” 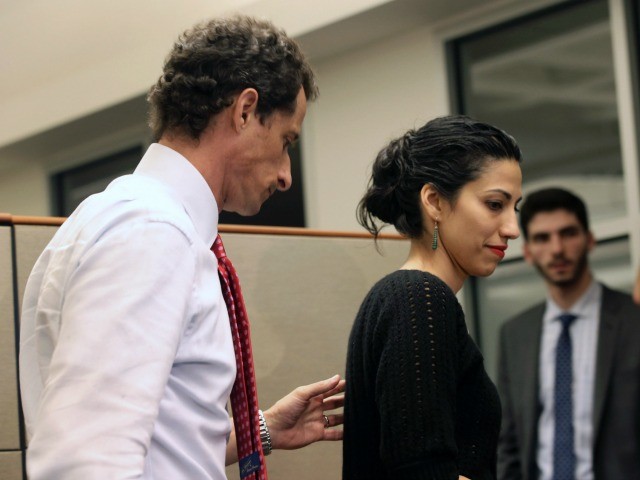 She did not appear publicly with Weiner as he revealed the truth, sharing her feelings about it in the book:

I don’t know why I went with Anthony to his press conference. Maybe it was to be sure he did it, maybe because we were now so used to being a unit, any other possibility seemed unnatural. But when one of his advisers asked if I would be joining him as he made his statement, I shook my head.

Abedin was more upset when she discovered the New York Times planned to reveal she was pregnant, before she even had a chance to tell Clinton herself.

She wrote about her meeting with Clinton:

“I wanted to tell you myself,” was all I could get out before I burst into tears. She walked me over to the window seat, sat with me, rubbing my back, trying to reassure me, telling me over and over again that it was going to be okay. I was crying so loudly that her assistant Claire Coleman closed the door to the outer office. A full three days after receiving Anthony’s earth-shattering revelation, the tears were finally flowing. The fact that I could not share my pregnancy news the way I had wanted, with the people I loved, is a trauma that stays with me even now.

The truth of Anthony Weiner’s Twitter photo was revealed after Breitbart News founder Andrew Breitbart doggedly pursued the story despite widespread attacks on his character from the left and the establishment media.

Weiner was forced to publicly admit the truth and even apologize to Breitbart.

Ten days after the press conference, Weiner resigned from office.