The pro-migration cooperation was displayed on October 7 when the group allocated time during its virtual annual conference to let one of Zuckerberg’s lobbyists tout amnesty with far-left Rep. Joe Neguse (D-CO).

“It’s a commitment that I feel like binds your work and my work together, that we are committed to seeing relief for families, for immigrant communities who have suffered for far too long without any real solution,” said Marissa Molina, the state director for FWD.us, an advocacy group for Zuckerberg and other West Coast investors.

In response, Neguse lamented the growing unpopularity of the pro-migration goals shared by Zuckerberg’s group and some progressives:

There was a time not that long ago 15 years ago, 10 years ago, where there was general consensus about the principles that would undergird a comprehensive immigration reform bill in the United States Congress … What we’re really in need of is political will. And that’s it. I mean it.

The reality is what has changed from 2006 when Senator [Ted] Kennedy and Senator [John] McCain worked on their immigration bill with President [George W.] Bush, to 2013 when the Gang of Eight worked on their bill with President [Barack] Obama … [is that] the general contours were very clear. What has changed from then to today is we now unfortunately have political figures that use immigration to demonize and dehumanize, and I think, to create a political issue in order to win an election … absent political will, it’s tough to see a pathway to getting it done.

Neguse is the child of immigrants. He is also a member of the Congressional Black Caucus, which has quietly split over immigration policy.

In response to Neguse’s comments, the investor lobbyist, Molina, urged the progressives to help her employers:

Netroots Nation started in 2004 as a reaction against President George W. Bush. But Bush is now working alongside the Koch network, Netroots Nation, and Zuckerberg’s group to push for cheap labor and more migration. 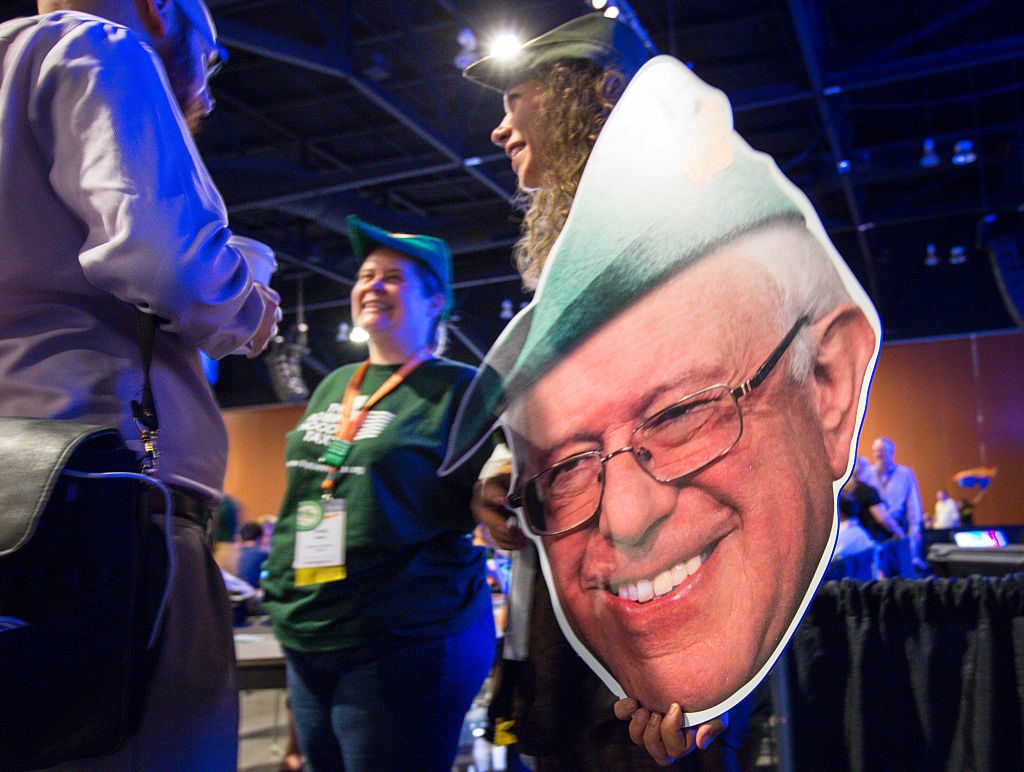 Molina is an experienced lobbyist for the FWD.us investors. In 2021, for example, she worked with Garcia to persuade Colorado’s Democratic establishment to let illegal migrants take blue-collar jobs that require professional licenses. The wage-cutting law passed while one in sixteen Colorado residents were unemployed.

Zuckerberg’s lobbyists have tried and succeeded in passing similar laws in many additional states, with only ineffective opposition from once-powerful unions.

FWD.us has also worked with many progressive groups, such as Make the Road New York, to help extract more people from poor countries so they can work and consume in the U.S. economy.

In June 2019, for example, FWD.us helped to persuade the New York legislature to grant drivers’ licenses to illegal migrants in the state. Breitbart News reported:

“I’m so honored to be part of the @GreenLightNYDT coalition,” said a tweet from Eddie Taveras, a Latino progressive activist and lobbyist for the billionaire-funded FWD.us advocacy group. “We fought for this bill every step of the way via a grassroots movement centered on inclusion & transparency,” said Tavernas, whose FWD.us employers include numerous wealthy West Cost investors, such as Mark Zuckerberg and Matt Cohler, a partner at the Benchmark Capital investment firm.

In 2011, Cohler helped launch Uber Technologies with an $11 million investment for 11 percent of the company’s shares. That investment is now worth almost $8 billion. Cohler sits on Uber’s board and helped launch FWD.us. Cohler’s Benchmark firm also invested in another food delivery firm, Grubhub.

The 2021 push for amnesty and more migration in the $3.5 trillion spending bill is being led by Zuckerberg’s FWD.us network of coastal investors. They stand to gain financially from the government’s delivery of more cheap labor, government-aided consumers, and urban renters.

The network has funded many astroturf campaigns, urged Democrats to not talk about the economic impact of migration, and manipulated coverage by the TV networks and the print media.

The investors at FWD.us have also pushed hard for the passage of immigration legislation that would vastly expand their companies’ ability to discard outspoken American professionals. In September, Breitbart News reported :

The pending bill would allow U.S. investors and executives to import and pay an unlimited number of foreign workers with the dangled reward of citizenship. That citizenship-for-work law would minimize executives’ need to recruit Americans or even offer good salaries.

The bill was revealed Friday, and on Monday, was quickly rushed through the House judiciary committee without C-SPAN coverage. Mark Zuckerberg’s astroturf empire is marketing it as a relief bill for deserving illegal migrants — but it boosts investors by dramatically expanding the flow of cheap workers, government-funded consumers, and room-sharing renters into the U.S. economy. Democrat leaders hope to squeeze the bill through the Senate via the 50-vote reconciliation process.

The expanded foreign worker pipeline will remain open until at least September 2031, even though many millions of Americans will need jobs during the next ten years after they graduate with debts and degrees in health care, accounting, teaching, business, design, science, technology, or engineering. “If you’re in the pipeline by September 30, 2031, you’re in [the 2021 amnesty bill],” Jenks added.

“The young [pro-migration] activists who are out there pushing for this to be a [multi-]trillion dollar bill are actually the ones who are going to have their futures taken away first,” said one Hill source. “It is the lambs leaving the lambs to the slaughter.”

The donor-funded GOP leaders, including Rep. Kevin McCarthy (R-CA) and Rep. John Katko (R-NY) — and their staff — have downplayed the pocketbook impact of migration on Americans’ communities. One reason for this policy is to avoid making any campaign promises on immigration that would be opposed by the donors. Instead, the GOP tries to spin up the turnout of its base voters by spotlighting the non-economic aspects of the migration problem, including crime by migrants, border chaos, and drug smuggling.