“This may be the easiest thing I’ve ever done as president,” Biden said at the signing ceremony at the White House.

Former President Donald Trump acted in 2017 to shrink the Bears Ears monument and the Grand Staircase-Escalante by two million acres but left the monuments intact. 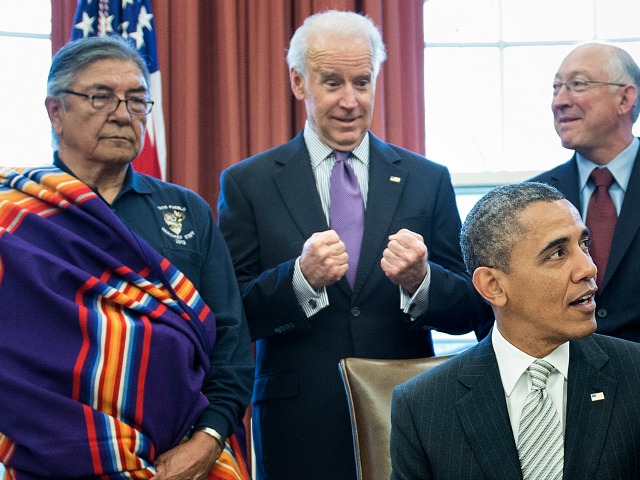 “These abuses of the Antiquities Act give enormous power to faraway bureaucrats at the expense of the people who actually live here, work here, and make this place their home,” Trump said at the time of his decision.

The two federal monuments, created by former President Bill Clinton were dramatically expanded by Obama, despite protests from Utah representatives in Congress.

Trump’s move was widely supported by Utah leaders, but Biden acted to reverse it in the name of conservation.

“The protection of public lands must not become a pendulum that swings back and forth depending on who’s in public office,” Biden said. “It’s not a partisan issue.” 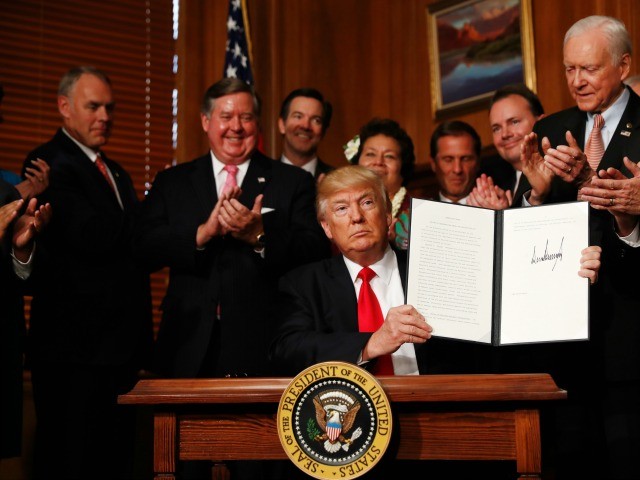 President Donald Trump signs an Antiquities Executive Order during a ceremony at the Interior Department in Washington, Wednesday, April, 26, 2017. President Donald Trump is asking for a review of the designation of tens of millions of acres of land as “national monuments.” (AP Photo/Carolyn Kaster)

President Biden is delivering a devastating blow to the ongoing efforts by our delegation, along with state, local, and tribal leaders, to find a permanent, legislative solution to resolve the longstanding dispute over the boundaries and management of the Bears Ears and Grand Staircase-Escalante national monuments. Rather than take the opportunity to build unity in a divided region and bring resources and lasting protections to sacred antiquities by seeking a mutually beneficial and permanent legislative solution, President Biden fanned the flames of controversy and ignored input from the communities closest to these monuments. We will continue to support efforts to ensure that our monuments’ boundaries and management reflect the unique stakeholder interest and uses in the area, but today’s “winner take all” mentality moved us further away from that goal.

The federal government owns 63 percent of the land in Utah.

Biden also acted to restore protections for the Northeast Canyons and Seamounts Marine National Monument off the coast of Cape Cod, a nearly 5,000 square mile area protected by Obama.

Trump reopened parts of the area to commercial fishing in June 2020.