Colorado’s UCHealth is denying a woman a lifesaving kidney transplant because she’s unvaccinated. And as you will read below, the UCHealth System is not even denying they are doing this.

A Colorado woman with stage 5 renal failure was months away from getting a new kidney. Now, she and her donor are looking for another hospital after learning UCHealth’s new policy.

According to UCHealth, the majority of transplant recipients and living donors are now required to be vaccinated against COVID-19. Neither woman has received their shots.

As you know, I have this theory that the organized left wants unvaccinated people (who they see as Trump supporters) to remain unvaccinated and die. So this story about Colorado’s UCHealth system is what I would describe as my smoking gun. 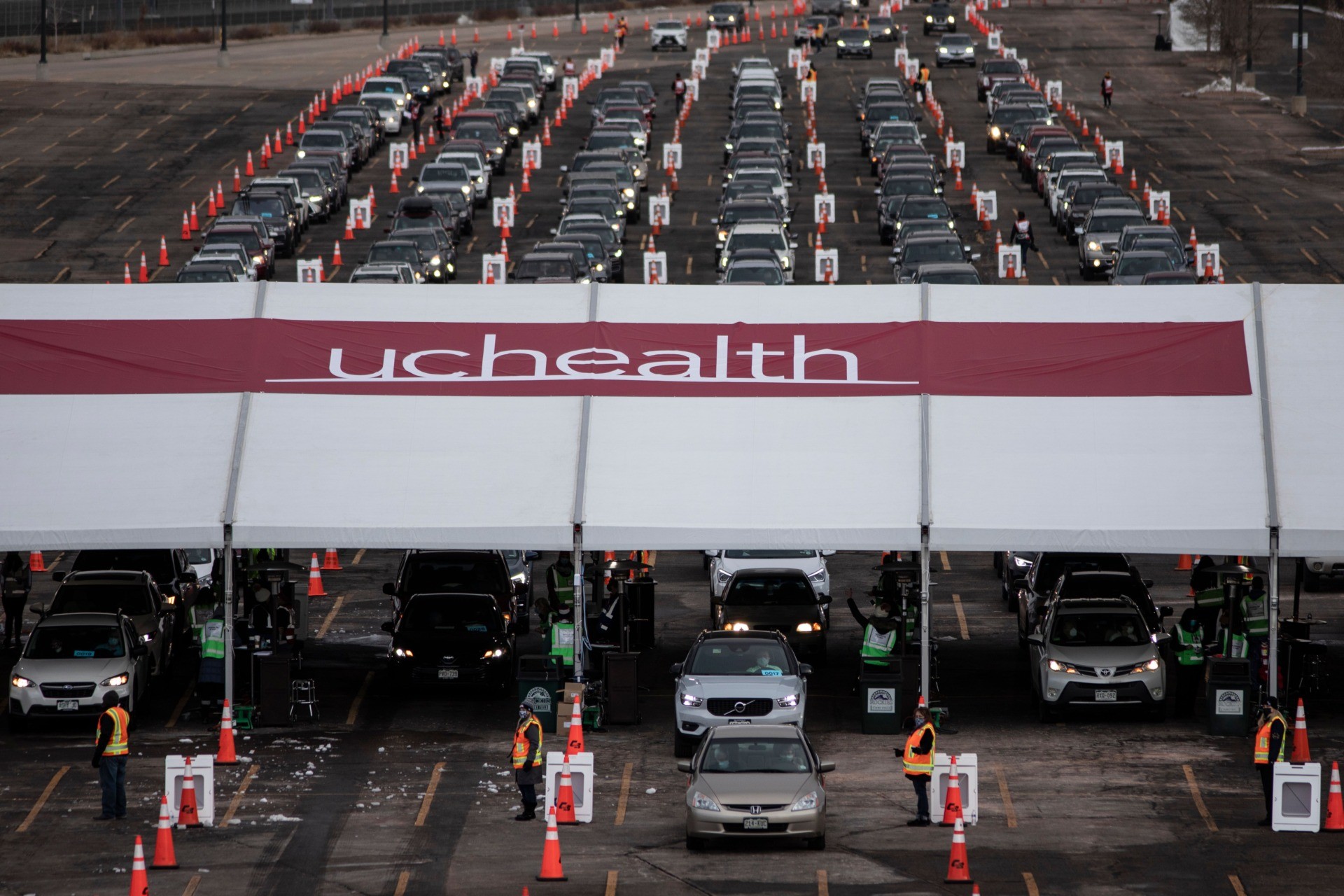 People arrive for Covid-19 vaccination at a drive through setup at Coors Field baseball stadium on January 30, 2021, in Denver, Colorado. – UCHealth, the organizer and Colorado’s largest healthcare provider, has set the goal of vaccinating 10,000 people over the weekend. (Photo by CHET STRANGE/AFP via Getty Images)

Leilani Lutali is in end-stage renal failure, which means her kidneys are operating at about 12 percent. Her donor is a personal friend, a woman by the name of Jaimee Fougner. Both women are Christians and object to the vaccine due to the use of fetal cells, which are not in the vaccine, but some reproduced cells were used by Moderna and Pfizer in the testing phase.

But think about it… Unvaccinated AND Christians?!?! Definitely Trump supporters. Request to have your life saved is hereby DENIED!

What’s more, and this is extremely important, Lutali says she’s already had COVID and has tested positive for the antibodies. This is what’s called natural immunity.

So other than wanting unvaccinated Trump supporters to die, what are the possible reasons for Colorado’s UCHealth System to deny this woman a lifesaving organ transplant?

Well, you could argue that rationing is part of the system when it comes to organ transplants. After all, there are only so many organs, and hospitals are sometimes required to make tough decisions about who gets them, and that decision is generally made on who will live longer.

For example, an unreformed, 65-year-old alcoholic will not get a kidney before a 20 year old in good health.

But rationing is not the issue here. Lutali found her own donor, her own kidney, and her donor is not offering that kidney on the open market. This woman is willing to save the life of a friend. So Lutali’s kidney transplant would not be at the expense of anyone else.

Okay, so maybe Colorado’s healthcare system is overloaded with COVID patients, and triage is necessary.

Nope. This is not a problem in Colorado. 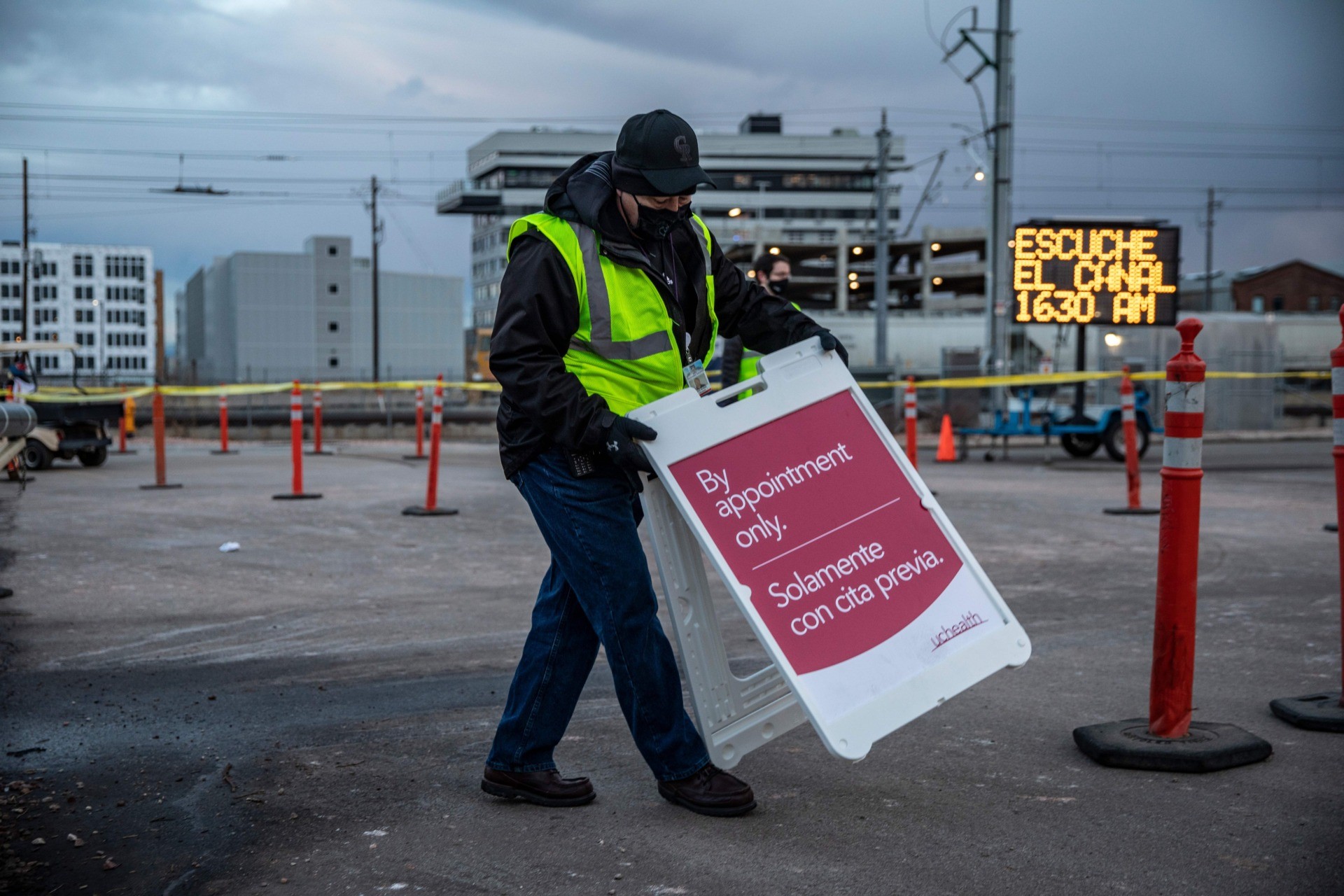 Workers prepare for a Covid-19 vaccination drive through at Coors Field baseball stadium on January 30, 2021, in Denver, Colorado. – (Photo by CHET STRANGE/AFP via Getty Images)

Finally, the staff can’t be worried about catching COVID from these two. After all, the staff is vaccinated, and the vaccine works.

Here is, by far, the hospital’s dumbest argument:

Multiples studies show that covid-19 is especially deadly for recipients of kidney transplants. [UCHealth Spokesman Dan] Weaver said the mortality rate observed for transplant patients who develop covid-19 ranges from about 20 percent to more than 30 percent — far higher than the 1.6 percent fatality rate observed generally in the United States.

“An organ transplant is a unique surgery that leads to a lifetime of specialized management to ensure an organ is not rejected, which can lead to serious complications, the need for a subsequent transplant surgery, or even death,” Weaver wrote in an email. “Physicians must consider the short- and long-term health risks for patients as they consider whether to recommend an organ transplant.”

Oh, so they’re going to sentence this woman to die because she might die.

These people want us dead.