A group of Republican senators led by Sen. Josh Hawley (R-MO) and Sen. Rick Scott (R-FL) introduced a bill in the Senate that would establish a bipartisan Joint Select Committee on Afghanistan to investigate and compile a joint report on President Joe Biden’s botched withdrawal which resulted in the death of 13 U.S. servicemembers.

The bill — co-sponsored by Sens. Kevin Cramer (R-ND), Thom Tillis (R-NC), Joni Ernst (R-IA), Steve Daines (R-MT), and Mike Braun (R-IN) — would create the select committee to be composed of members of the House and Senate and allow the members on the committee to investigate Biden’s botched withdrawal.

The withdrawal stranded hundreds, if not thousands, of Americans behind in the now-Taliban conquered Afghanistan along with Afghan allies, billions of dollars in U.S. military equipment for the jihadist group to collect, and took the lives of 13 U.S. servicemembers in a terrorist bombing.

Hawley, last week, expressed frustration with the Biden administration’s continued finger-pointing between the State Department and the Pentagon, as well as demanding congress investigate the deadly withdrawal and hold those who made the decisions accountable. 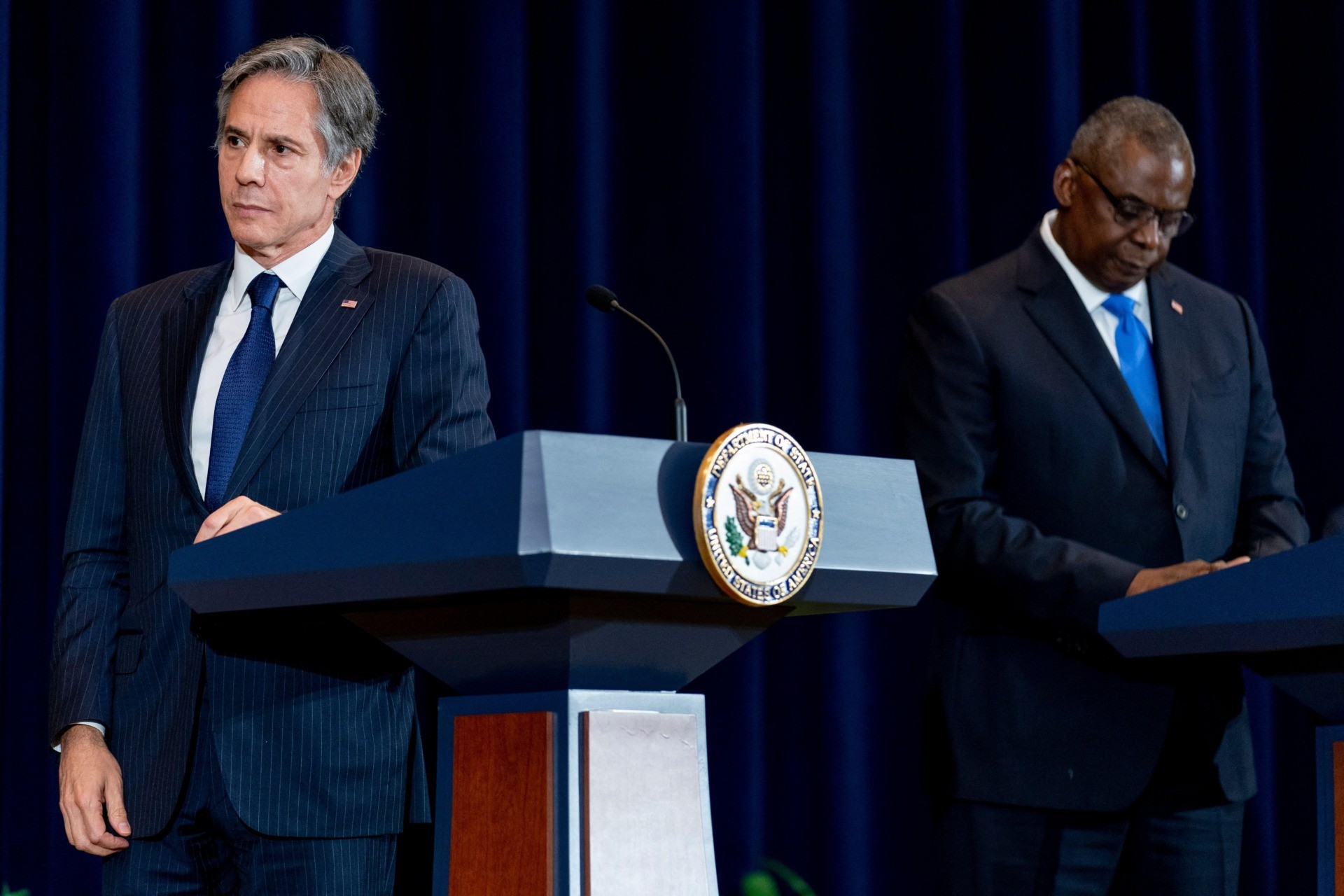 US Secretary of State Antony Blinken (L) and US Defense Secretary Lloyd Austin look on during a news conference. (ANDREW HARNIK/POOL/AFP via Getty Images).

The Missouri senator has also gone to the floor multiple times to talk about the botched withdrawal in addition to pledging to slow-walk the Defense and State Department nominees from Biden until Secretary of State Antony Blinken, Secretary of Defense Lloyd Austin, and National Security Advisor Jake Sullivan resign.

“The Biden Administration has purposefully obscured the facts around their botched Afghanistan withdrawal that killed 13 American service members and left hundreds of Americans stranded behind enemy lines,” the Missouri Republican said in a press release after the bill was introduced.

“The American people deserve answers and the Biden administration seems determined to prevent us from getting them. We need a select committee investigation and public hearings to get to the bottom of this debacle and hold officials accountable,” he continued.

“Last month, President Biden’s misguided and dangerous decisions in his botched withdrawal of U.S. forces from Afghanistan led to the United States most stunning, unforced and humiliating defeat in decades,” Scott said in a press release.

Scott added that Biden’s “carelessness and failed leadership” was the reason the U.S. lost 13 servicemembers as well as leaving the billions of dollars worth of U.S. military equipment and stranding hundreds of American citizens in Afghanistan. He said that “Afghanistan has been returned to the Taliban and now rests in the hands of the same terrorist-coddling extremists who ruled it on September 11, 2001”:

The world is now a more dangerous place and the American people are rightfully demanding answers. For over a month, I have called on Leader Schumer and Speaker Pelosi to launch a bipartisan and bicameral investigation into the Biden administration’s failed withdrawal of American forces. They’ve been shamefully silent. That’s why today, I am introducing a resolution to establish a bipartisan and bicameral Joint Select Committee on Afghanistan to conduct a full investigation and compile a joint report on the United States tragically failed withdrawal from Afghanistan. It’s time to put partisan politics aside and demand accountability.

The select committee would be set up to follow the precedent set in the aftermath of the Iran-Contra affair. The Joint Select Committee on Afghanistan Act of 2021 text can be found here.