Schumer’s comments directly oppose Manchin’s statement that the reconciliation tactic is a viable option. “We just can’t let the debt ceiling lapse. We just can’t,” Manchin said. “We can prevent default, we really can prevent it.”

“And there’s a way to do that, and there’s a couple other tools we have that we can use. Takes a little bit of time, a little bit of — it’s gonna be a little bit of pain, long vote-a-ramas, this and that — do what you have to do,” Manchin explained about reconciliation. “But we cannot — and I want people to know — we will not let this country default.” 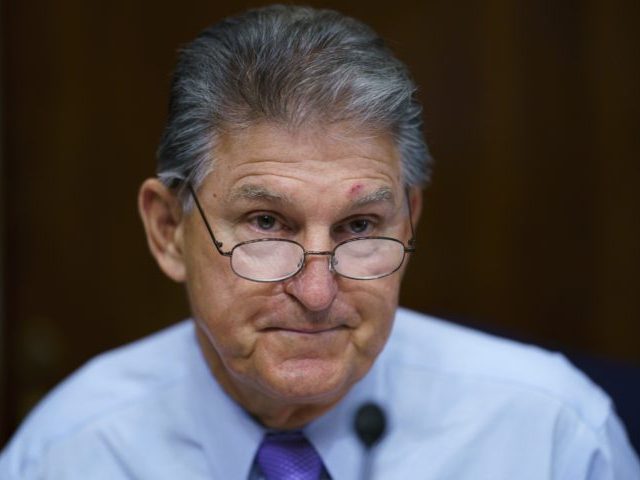 In this Aug. 5, 2021, file photo Sen. Joe Manchin, D-W.Va., prepares to chair a hearing in the Senate Energy and Natural Resources Committee, as lawmakers work to advance the $1 trillion bipartisan bill, at the Capitol in Washington. Manchin said Thursday, Sept. 2, that Congress should take a “strategic pause” on more spending, warning that he does not support President Joe Biden’s plans for a sweeping $3.5 trillion effort to rebuild and reshape the economy. (AP Photo/J. Scott Applewhite, File)

Manchin’s comments are in line with the Senate parliamentarian, who told both Democrats and Republicans last week the tactic could be used. If utilized, the debt ceiling could be raised by a 50 vote simple majority and without Republican support.

Such a maneuver is what Sen. Mitch McConnell (R-KY) has suggested Democrats execute to prevent default. The complicated maneuver would likely legislatively jam President Biden’s massive tax and spend agenda in Congress. 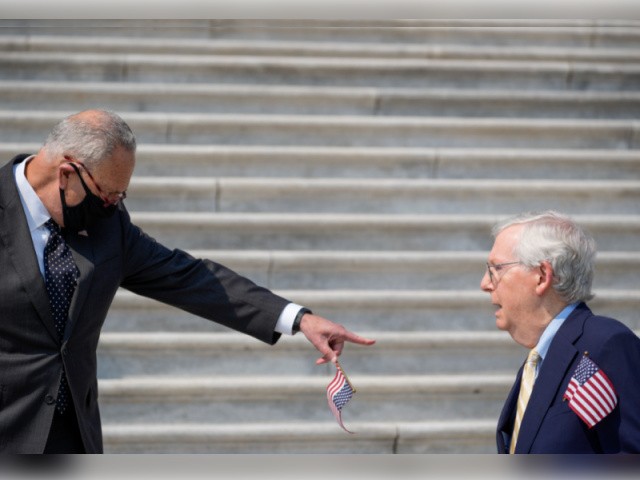 WASHINGTON, DC – SEPTEMBER 13: (L-R) Senate Majority Leader Chuck Schumer (D-NY) points at Senate Minority Leader Mitch McConnell as they arrive for a remembrance ceremony marking the 20th anniversary of the 9/11 terror attacks on the steps of the U.S. Capitol, on September 13, 2021 in Washington, DC. The Senate is back in session this week following a monthlong recess. (Photo by Drew Angerer/Getty Images)

“Democrats control the entire government—the Senate, the House, and the White House. They intend to sideline Republicans and go it alone to slam American families with historic tax hikes and borrowing,” McConnell explained. “So they will need to raise the debt limit on a partisan basis as well.”