President Joe Biden’s approval is struggling across the board, a series of polls show.

As President Biden continues to grapple with his failed withdrawal from Afghanistan and the ongoing Chinese coronavirus pandemic, his job approval ratings continue to plummet across a series of polls.

The October IBD/TIPP Poll finds that 44% of adults approve of how President Biden is handling his job, unchanged from September. Disapproval of Biden’s job performance eased to 40%, after reaching 43% the prior month. The early August IBD/TIPP Poll showed Biden still enjoying relatively broad approval, 52%-34%.

The survey also reflected the ongoing trend of Biden losing support among independent voters. Biden’s disapproval among such voters stands at 45 percent, compared to the 32 percent who approve. Investors describe it as a “modest improvement over September’s 50%-33% disapproval.”

Additionally, that survey found less than one-third of Americans rate Biden’s withdrawal from Afghanistan as “good or excellent” compared to 48 percent who rated it “poor or unacceptable.”

Over the weekend, Rep. Markwayne Mullin (R-OK), whose team is working firsthand on the ground in Afghanistan to save stranded Americans, told Breitbart News Saturday that more Americans have died as a result of Biden’s botched withdrawal, including a 3-year-old girl and two-year-old boy. 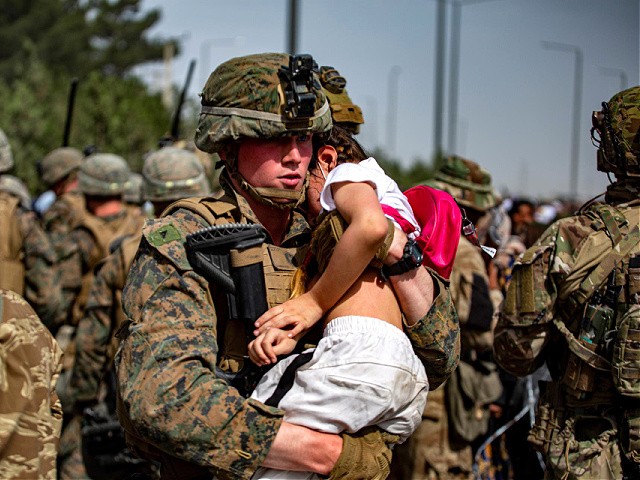