After the U.S. House failed to come to an agreement on President Biden’s “Build Back Better” agenda Thursday night, White House Press Secretary Jen Psaki said Democrats will “need some additional time” despite having earlier hailed House Speaker Nancy Pelosi for being able to get bills “across the finish line.”

Pelosi scheduled the House to vote on the $1.2 trillion bipartisan infrastructure bill (BIF), otherwise known as the Infrastructure Investment and Jobs Act. However, the vote was increasingly delayed as Pelosi tried to cobble the votes together to pass part one of Biden’s two-prong strategy for social welfare spending and other leftist priorities.

Pelosi’s roadblock for passing the bill came from House progressives, who said they would block the bill if it came to a vote Thursday.

In a statement released shortly after the vote stalled, Psaki emphasized “a great deal of progress has been made” despite the fact that progressives and moderates have fiercely clashed to the point of Senate Budget Committee chairman Bernie Sanders (I-VT) calling the process “absurd.” 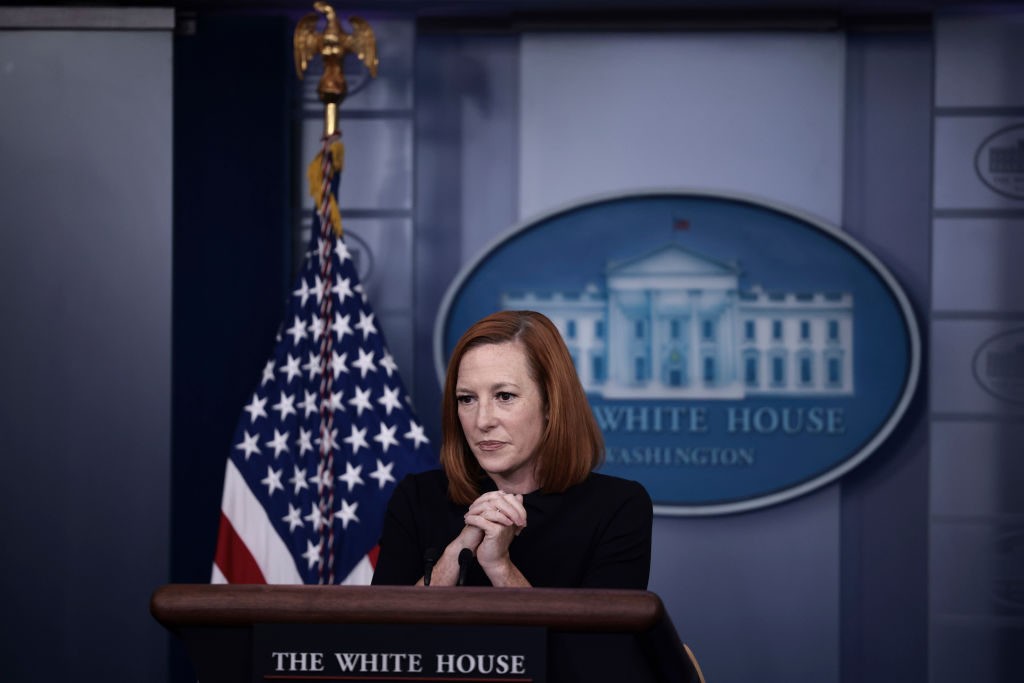 Jen Psaki listens to a question during a press briefing in the James Brady Press Briefing Room of the White House on September 30, 2021 in Washington, DC. Psaki took questions from reporters on numerous topics including the continued negotiations between President Joe Biden and members of Congress over legislation for his Build Back Better agenda. (Anna Moneymaker/Getty Images)

“It is an absurd way to do business, to be negotiating a multi-trillion dollar bill a few minutes before a major vote, with virtually nobody knowing what’s going on. That’s unacceptable,” Sanders said.

Nonetheless, Psaki was resolute in her assertion Democrats will come together to “finish the work.” Her full statement:

The President is grateful to Speaker Pelosi and Leader Schumer for their extraordinary leadership, and to Members from across the Democratic Caucus who have worked so hard the past few days to try to reach an agreement on how to proceed on the Infrastructure Bill and the Build Back Better plan. A great deal of progress has been made this week, and we are closer to an agreement than ever. But we are not there yet, and so, we will need some additional time to finish the work, starting tomorrow morning first thing.

While Democrats do have some differences, we share common goals of creating good union jobs, building a clean energy future, cutting taxes for working families and small businesses, helping to give those families breathing room on basic expenses—and doing it without adding to the deficit, by making those at the top pay their fair share.

During a press conference on Thursday, Psaki hailed House Speaker Nancy Pelosi and Senate Majority Leader Chuck Schumer (D-NY) for their “experience getting legislation across the finish line than any group of Democratic leaders in history.”

.@PressSec: “The President, the Speaker of the House and the [Senate Majority] Leader have more experience getting legislation across the finish line than any group of Democratic leaders in history.” pic.twitter.com/rfAvuWq0CX