Glenn Loury, a Brown University economics professor and host of the video blog The Glenn Show, blasted leftwing civil rights activist Rev. Al Sharpton — as well as the Democrat Party for boosting his career — claiming the reverend employs a “very high-level shtick” in his efforts to assist blacks, which he deemed counterproductive.

In a discussion with John McWhorter, an associate professor of linguistics at Columbia University, during his latest episode, Loury had harsh words for the African American Baptist minister who he accused of regularly “broker[ing] the race card.”

An economic theorist and expert on social capital, Loury blamed Democrats for trafficking in identity politics based on race and encouraging the likes of Al Sharpton:

I think the politics of the Democratic Party is perfect for creating the careers of people like Al Sharpton who broker the race card and the votes of black Democrats for the access that they can get and who play a certain kind of functional role in something that I think really poorly represents the interests of African Americans rightly understood.

Here I am, explaining to @JohnHMcWhorter exactly what's wrong with Al Sharpton (time was limited, so I had to keep it short!) See more at my new channel, https://t.co/kM0UhXwAz4 and support this work at https://t.co/ZICguBef8A pic.twitter.com/atyygE3pdU

If Al Sharpton were running around talking about charter schools; if he were running around urging African Americans to adopt kids who don’t have any parents; if he were insisting that it’s possible for black kids to compete effectively if they get the kind of instruction and support that they need to acquire the intellectual skills that allow them to compete in [school exams] or anything like that.

If he was going to find ex-offenders who were prepared to reject the gang life and affirm decent ways of living and foster relationships of guidance with young men who [were] not yet on the right path, and so forth and so on; if he was working with the cops and not against the cops to try to keep the peace in some of these neighborhoods, I’d have more respect for him.

“But it’s a very high-level shtick,” he explained. “He’s refined it to perfection and he’s out-Jesse Jacksoning Jesse Jackson!”

“In the 21st century, while the clock keeps ticking on poor black people, the demagoguery that spews out of [Sharpton] is almost completely unrelated to the actual material needs of this population,” he said. 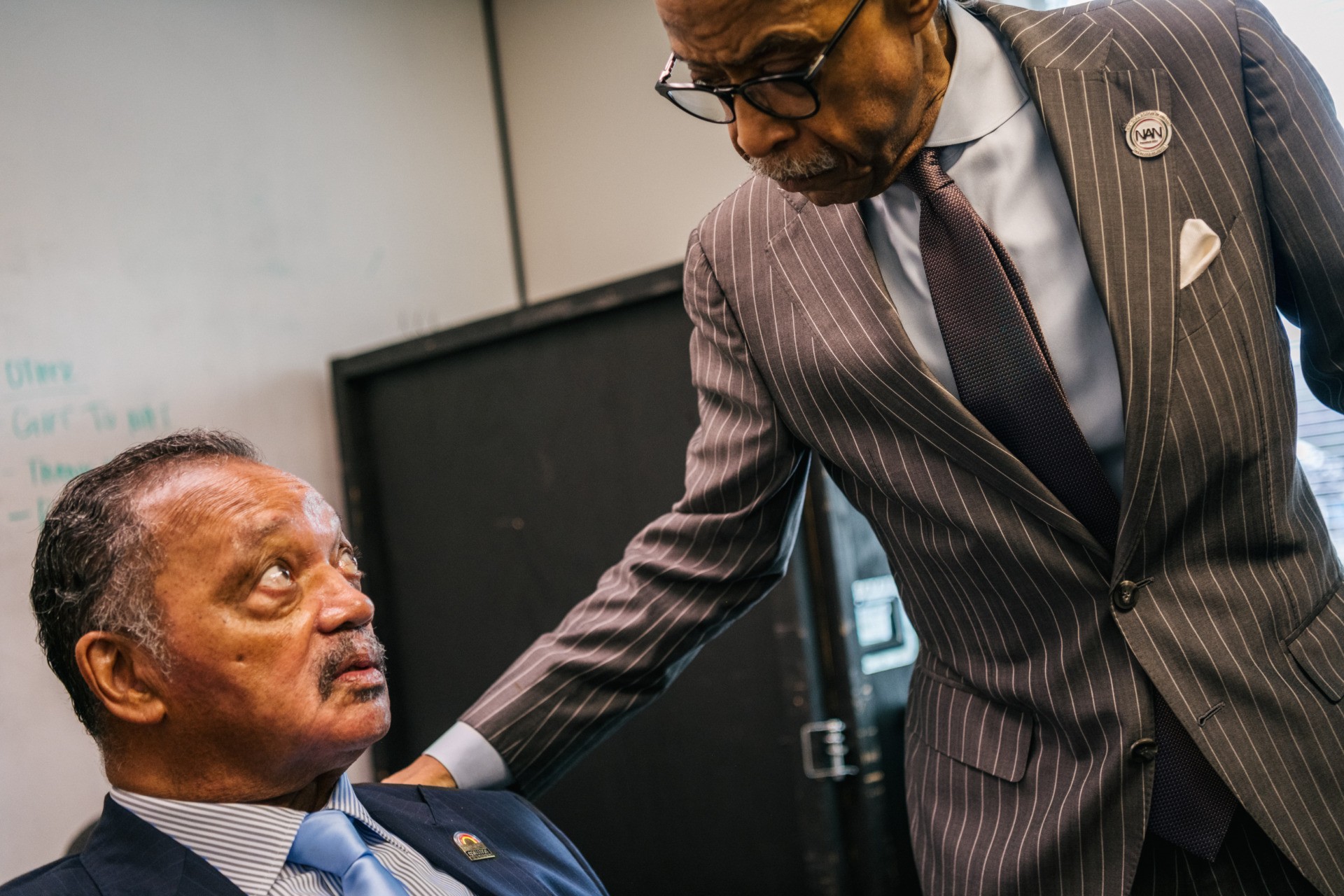 He then mocked the notion that President Biden could succeed in “rescuing” black communities with Sharpton’s aid.

“Joe Biden is going to make it safe to walk on the Southside of Chicago after midnight because Al Sharpton is in the Oval Office?” he added. 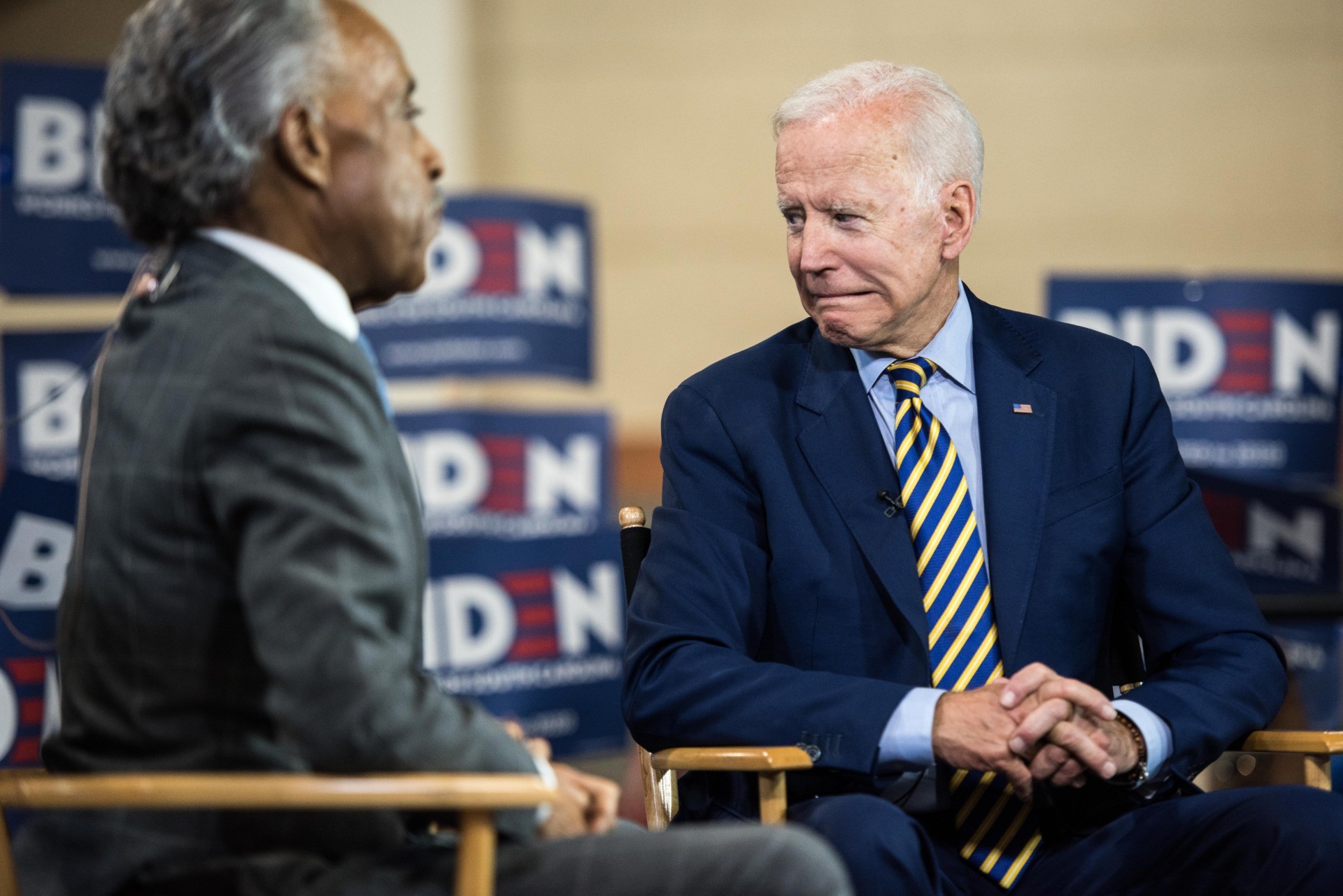 Joe Biden looks to his supporters after a television interview with Al Sharpton. (Sean Rayford/Getty Images).

Sharpton, who hosts MSNBC’s PoliticsNation, has a history of anti-white and antisemitic rhetoric, often blaming issues on race without evidence and portraying police as brutal, racist, and evil.

“How do you decide to give asylum to some, and when you get to nations like Haiti and people of color there is a different or perceived different asylum?” he asked.

Last month, Sharpton accused Republicans in the Texas Senate and the House of “beginning to play the role that many segregationists played in the ’60s” by attempting to pass voting legislation in a special session.

In May, Sharpton claimed that “the practice of America was built on racism.”

Loury, by contrast, has been an outspoken critic of cursorily attributing issues to race.

In June, he criticized the need for affirmative action policies in education during the current era, explaining that black students do poorly on tests when they “don’t know the material” and not due to biases against them.

Consequently, he urged educators to develop student potential rather than lower standards.

In May, Loury blasted the teaching of identity politics in higher education, calling it a “criminal abdication of our pedagogic responsibilities,” while asserting a teacher’s responsibility is to challenge students’ preconceptions about themselves.

“To teach young people that they are [the color of their skin] is criminal in my opinion,” he stated. “We’re to challenge them!” he exclaimed.