South Dakota Gov. Kristi Noem (R) Wednesday denied rumors of an extramarital affair with longtime Trump aid Corey Lewandowski — a report the governor described as “disgusting” and another example of “old, tired attacks on conservative women” which she said are “based on a falsehood that we can’t achieve anything without a man’s help.”

On Wednesday, reports surfaced alleging an affair between Noem and Lewandowski, triggered by an American Greatness story citing anonymous sources. 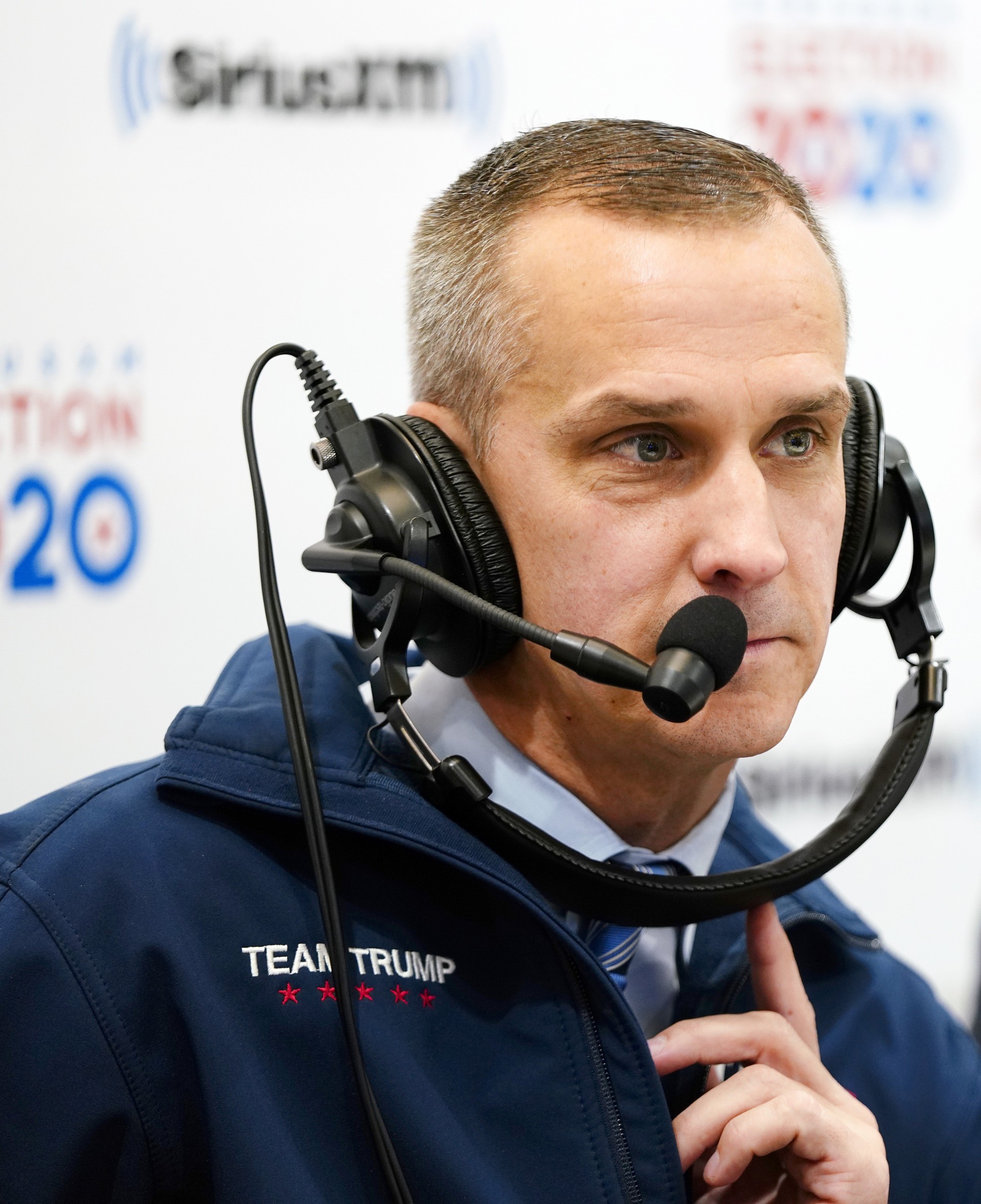 MANCHESTER, NEW HAMPSHIRE – FEBRUARY 11: Senior adviser to Trump 2020, Corey Lewandowski looks on while talking with Sirius XM P.O.T.U.S host Tim Farley and David Bossie in the Coolidge Room at the DoubleTree by Hilton on February 11, 2020 in Manchester, New Hampshire. (Photo by Omar Rawlings/Getty Images for SiriusXM)

“The alleged fling reportedly has continued for months, sources say,” the outlet claimed. The report sparked a firestorm on social media, prompting the South Dakota governor to address the report directly.

“These rumors are total garbage and a disgusting lie,” Noem, a married mother of three, said. “These old, tired attacks on conservative women are based on a falsehood that we can’t achieve anything without a man’s help.”

“I love Bryon,” she said of her husband, adding, “I’m proud of the God-fearing family we’ve raised together. Now I’m getting back to work”:

These rumors are total garbage and a disgusting lie. These old, tired attacks on conservative women are based on a falsehood that we can't achieve anything without a man's help.

I love Bryon. I'm proud of the God-fearing family we've raised together. Now I'm getting back to work

Maggie Seidel, whom the Washington Examiner described as “one of Noem’s closest former advisers for 18 months,” fervently defended the governor, describing the rumor as an “outrageous lie.”

“There’s plenty to disagree with Noem on,” Seidel said. “For one, I think it’s outrageous that she continues to affiliate herself with Corey Lewandowski, but unequivocally, there’s no evidence that she stepped out of the marriage. It’s just an outrageous lie.”

“Under no circumstances would I say that she stepped out on the marriage,” Seidel added, referring to Lewandowski as “horrible.”

“She’s not stupid. She knows that. He gave her access — I’m assuming that’s why he kept her around,” Seidel added. “But if this doesn’t sever the relationship, God, does she have bigger problems.”

Lewandowski had yet to address that specific report, as of the publication of this post. 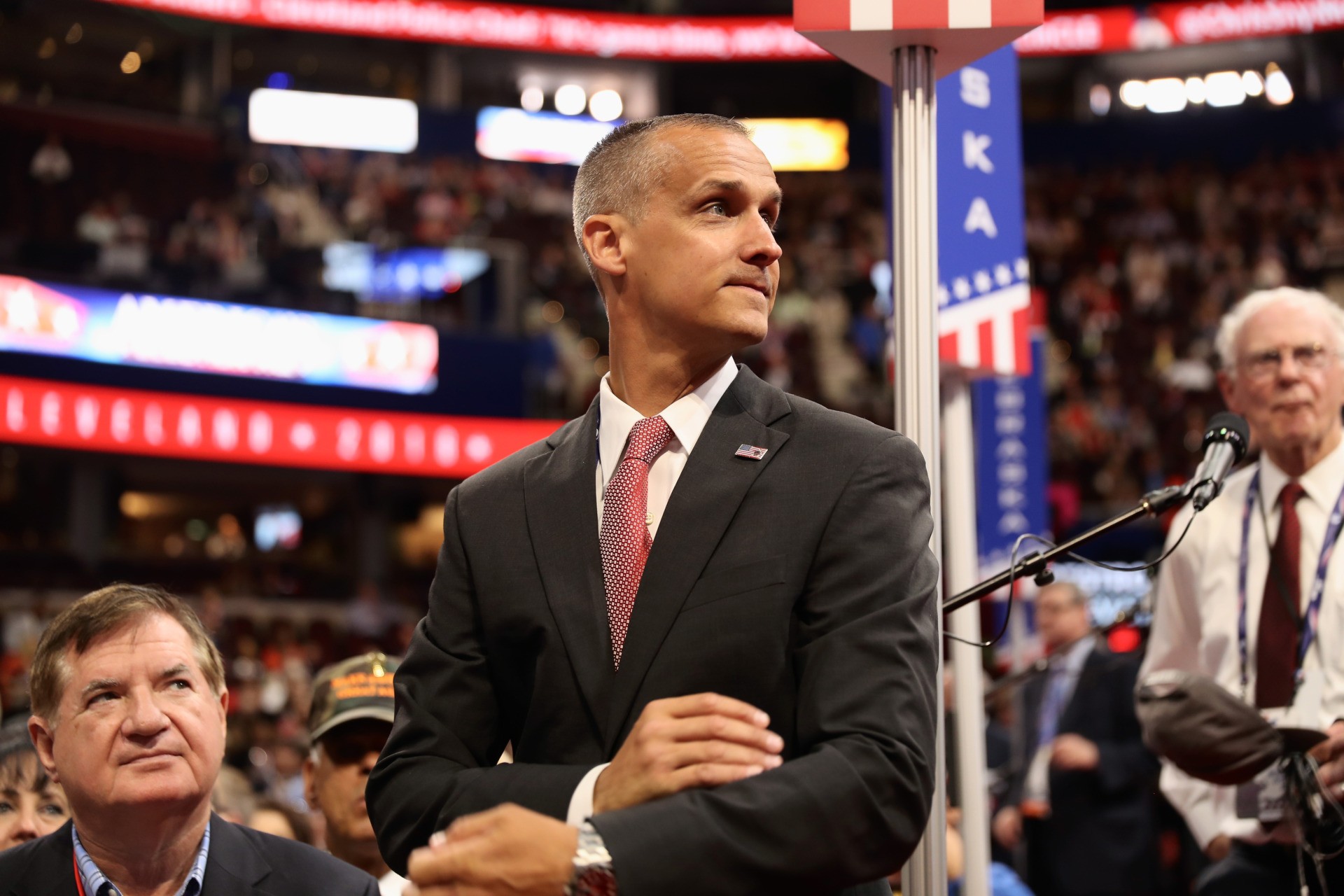 CLEVELAND, OH – JULY 18: Corey Lewandowski, former campaign manager for Donald Trump, walks the floor on the first day of the Republican National Convention on July 18, 2016 at the Quicken Loans Arena in Cleveland, Ohio. An estimated 50,000 people are expected in Cleveland, including hundreds of protesters and members of the media. The four-day Republican National Convention kicks off on July 18. (Photo by Joe Raedle/Getty Images)

The rumor coincides with a Politico report detailing accusations from a Trump donor, Trashelle Odom, who claims Lewandowski made unwanted sexual advances toward her at a charity event in Las Vegas, Nevada, over the weekend.

“On the evening of September 26 in Las Vegas, Nevada, I attended a dinner to support a charity and spend time with wonderful friends,” Odom, who sat next to Lewandowski at the dinner, told Politico. She alleges that he “repeatedly” touched her “inappropriately.” She also claimed the political insider said “vile and disgusting things to me, stalked me, and made me feel violated and fearful.”

“Corey was verbally and physically aggressive and forceful,” she alleged. “I was fearful for my physical safety.” 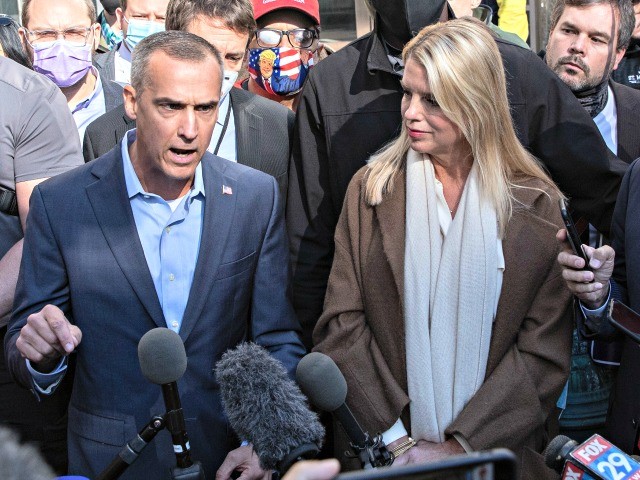 “I was also fearful that Corey has the power to destroy and ruin everything my husband and I have been working on in our business, personal and charitable endeavors” Odom continued.

A statement from her lawyer asserts that Lewandowski “repeatedly” bragged “that he is very powerful and can destroy anyone” and is “close with President Trump and can get anyone elected or can take anyone out.”

Odom told the outlet she is stepping forward because he “needs to be held accountable.”

“I am blessed to have a loving husband and family behind me. I want other women to know that you can be heard, too, and together we can stop terrible things like this from happening,” she added.

Politico said four others, who were “first-hand witnesses,” corroborated her claims:

According to a statement provided by an Odom family attorney, Lewandowski allegedly remarked on the size of his genitalia, described his sexual performance and showed Odom his hotel room key. After the incident, Odom told people that Lewandowski repeatedly spoke about sex while using expletives.

Lewandowski’s lawyer David Chesnoff addressed the report with a pointed statement: “Accusations and rumors appear to be morphing by the minute and we will not dignify them with a further response.”

According to Politico’s report, Noem was “among the dinner’s attendees,” describing Lewandowski as her “informal adviser.”