The House will likely vote Thursday on the $1.2 trillion bipartisan infrastructure bill, otherwise known as the Infrastructure Investment and Jobs Act (H.R. 3684).

Jessica Anderson, the executive director of Heritage Action, told Breitbart News that Heritage Action opposes the bipartisan infrastructure bill because it would add to the deficit while Americans grapple with inflation.

“Divisions remain between the moderates and progressives of Pelosi’s party, with the latter group threatening to tank the infrastructure vote without reconciliation. Pelosi claims infrastructure and reconciliation are now delinked, but the evidence tells another story,” Anderson said. “In addition, this infrastructure framework is still a bad deal for conservatives. The legislation recklessly spends $1 trillion on liberal policy priorities, despite the fact that the national debt and inflation are both out of control, all of which Democrats claim is ‘paid for’ by using slick accounting tricks. We are urging all conservatives to vote no.”

Heritage Action said in their release that voting for the bill would only enable President Joe Biden’s even more radical $3.5 trillion reconciliation bill. 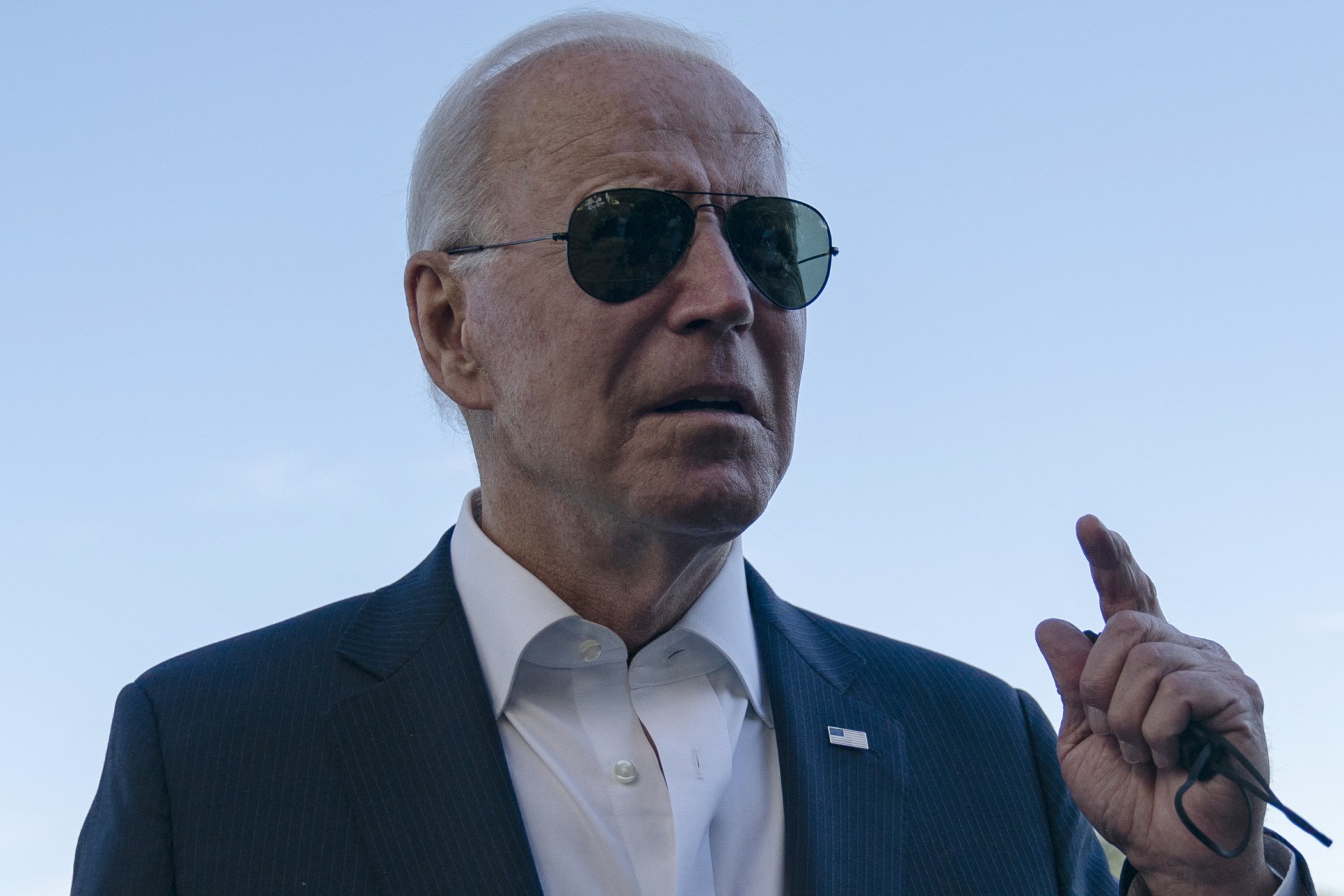 US President Joe Biden speaks with reporters on the South Lawn of the White House. (ALEX EDELMAN/AFP via Getty Images).

The activist organization said in their release:

This week, the House will be voting on the Infrastructure Investment and Jobs Act (H.R. 3684), the so-called “bipartisan” infrastructure package. The legislation recklessly spends $1 trillion, despite the fact that the national debt is approaching $30 trillion and inflation is surging to levels not seen in 13 years, all of which is “paid” for by using slick accounting tricks. Not only is the deal bad policy, but it is also a bad process, as it is a prerequisite to passing the rest of President Biden’s catastrophic agenda through a Democrat-only reconciliation package.]

This infrastructure package should be opposed on process and policy. Supporters of the bill often reference crumbling roads and bridges when naming reasons for their support, but the deal earmarks almost as much money for the subsidization of railroads and public transit ($105 billion) as it does for rebuilding roads and bridges ($110 billion). Of that sum, nearly $40 billion would go to public transit authorities, despite the fact that Congress sent more than $67 billion to transit under the guise of pandemic relief funds over the past year and a half, a staggering amount that is equal to more than three years of revenue from fares, parking fees, and advertising, most of which becomes welfare for labor unions.

The package also includes almost $8 billion in subsidies for electric vehicle chargers, even though profit incentives have driven private actors in the auto industry, independent startups, and utilities across the country to rush to build charging stations on their own. These are just a few examples of the bloated spending in the deal, which could not come at a worse time as the nation deals with the worst inflation in more than a decade.

Heritage Action noted that the so-called bipartisan infrastructure bill contains misleading provisions that would not offset the bill’s $1.2 trillion price tag. The conservative organization said that selling of 5G wireless spectrum and selling oil from the Strategic Petroleum Reserve should be used to pay off the debt, not to finance new spending.

Republicans in and out of Congress have pushed House Republicans not to support the bipartisan infrastructure bill.

House Minority Whip Steve Scalise (R-LA) announced last week that he would whip Republicans against the bill. President Donald Trump has called on Republicans to oppose the bill as well. 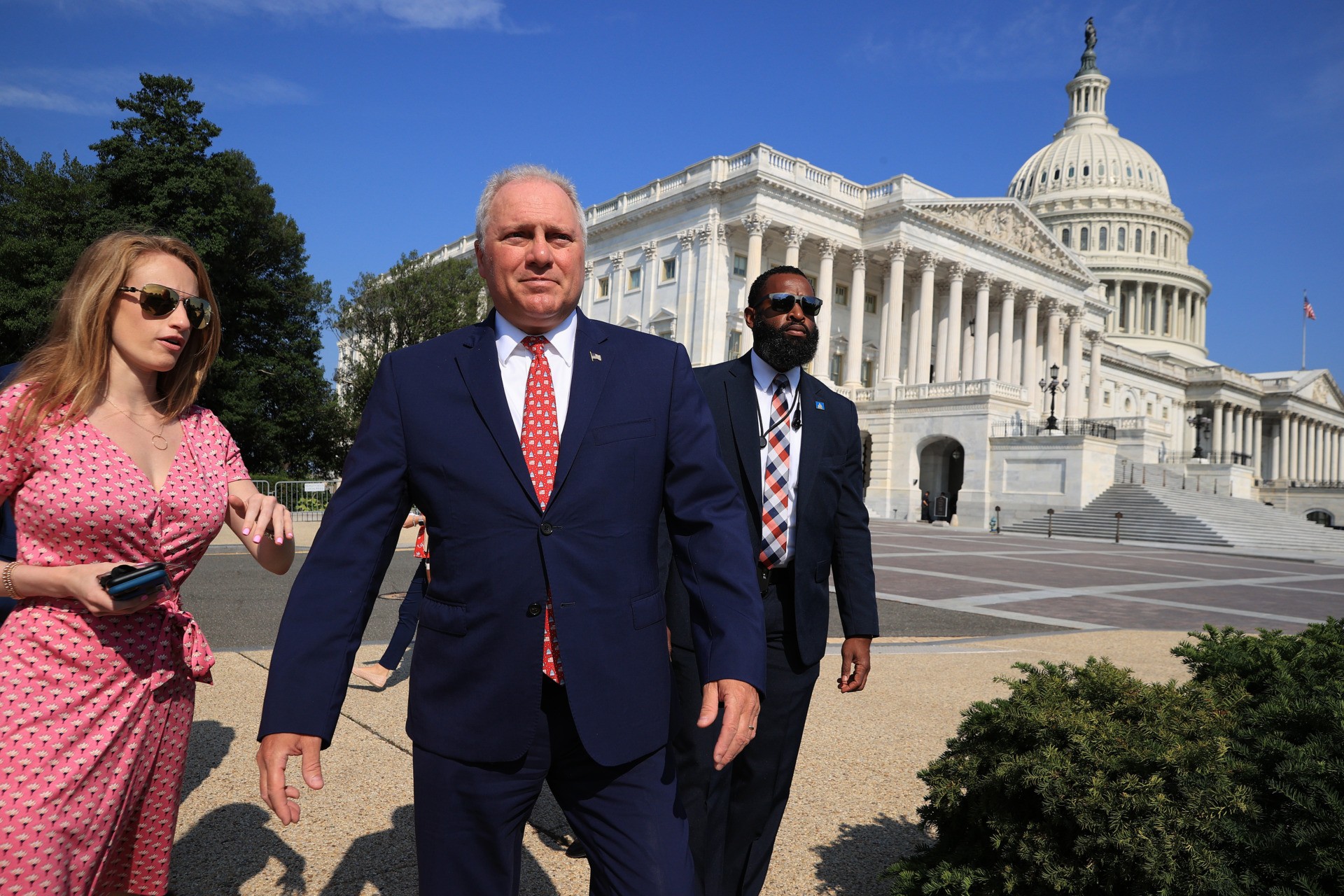 The bipartisan infrastructure would also advance leftist priorities by:

The bipartisan infrastructure proposal floating around the Senate is essentially a Green New Deal Lite.

Check out the latest #RSC memo from Chairman @RepJimBanks explaining the top 10 reasons to vote no: pic.twitter.com/BgdtCI2Pp0

“Republicans should not enable this reckless spending spree that will devalue the paychecks of working Americans and should start by voting against this legislation,” Heritage Action concluded in their release.