Iowa Democrat state Rep. Christina Bohannan has allegedly exaggerated part of her resume before stepping into the spotlight to run against Rep. Mariannette Miller-Meeks (R-IA).

Bohannan announced her candidacy for Iowa’s Second Congressional District, currently held by Republican Rep. Miller-Meeks, which was highly contested by House Speaker Nancy Pelosi (D-CA) when she tried to overturn the election that was certified by the state twice.

Bohannan has only been in elected office since January, where she is a member of the state’s House of Representatives. She also announced her candidacy after Iowa Democrats struggled to find Iowans to challenge the new Republican incumbents after suffering significant losses in the last election cycle, leaving only one Congressional Democrat, Rep. Cindy Axne (IA), who Republicans are trying to unseat in the midterms.

So proud to receive the endorsement of @RepCindyAxne! She knows how to take on tough races and win, which is why I am so honored that she is supporting my run for Congress. Onward! pic.twitter.com/I5iSmuA7ht

Bohannan only has been in the congressional race for a little more than a month and has seen ran into multiple problems.

A report from the Washington Free Beacon claimed that the Democrat has tried to put her “experience” being an environmental engineer first and foremost. Her “experience” reportedly came from an internship which she did over 20 years ago.

When she ran for the Iowa House District, she wrote a letter to the editor claiming she was a “law professor, an environmental engineer and a mother”:

I am running to reclaim Iowa’s legacy. As a law professor, an environmental engineer and a mother, I believe I have the skills, energy and passion that Iowa City needs at this critical point in time. I will be a champion for progressive values because I have lived them. I will show up for every member of our community, and I will fight for a better future for all of Iowa. [Emphasis added]

The news organization wrote after reviewing the resume of Bohannan, which was kept on file by her employer, the University of Iowa, her “experience” as an engineer dates back to her times as an undergraduate at the University of Florida, which she graduated from in 1994. The resume showed that she was an engineer from 1991 to 1994 at Florida’s Department of Environmental Protection. However, the public records from Florida show she was an “Engineering Intern” under License Information.

The report added, Bohannan, while running to try and unseat Miller-Meeks — who won by six votes in 2020 — is using her “experience” as an engineer as one of her main talking points. The Democrat’s campaign website shows that she was a “former engineer”:

Christina Bohannan is a mom, law professor, state representative, and former engineer. She is running for Congress because she believes we need less bickering in Washington, and more working together — for a government that works for the people. Christina will fight every day for Iowa families, kids, and small businesses because she believes if you work hard, you deserve a fair shot to get ahead. [Emphasis added]

Some of her allies are using her title as a “former engineer” as well. Bohannan was endorsed by a liberal group that backs scientist candidates, 314Action. “Christina is an environmental engineer and law professor who’s ready to take the fight for pro-science policies to the floor of the U.S. House,” the group wrote:

Christina is an environmental engineer and law professor who's ready to take the fight for pro-science policies to the floor of the U.S. House. We're excited to join her in this campaign! #IA02 #ElectScientists pic.twitter.com/COMrcNq7K3

Lisa Green-Douglass, a local elected Iowa Democrat official, wrote a letter to the editor touting her engineer experience as well, claiming it is part of the experience needed:

Christina’s experience as an environmental engineer will be of critical importance for improving Iowa’s water quality issues. She understands that safe drinking water and healthy recreational waterways are vital to our state’s environmental health. [Emphasis added]

Bohannan did not answer the Beacon comment request, and the report claims they were “unable to find any sign of engineering work at any other point in her career.”

But, they found that the Democrat when to the University of Florida law school after completing her undergraduate and shortly was a judicial clerk in Alabama because returning to Iowa as a visiting law professor, where she still is employed at the University of Iowa.

Bohannan is looking to portray herself as a moderate and looking to work in a bipartisan manner while running against Miller-Meeks. 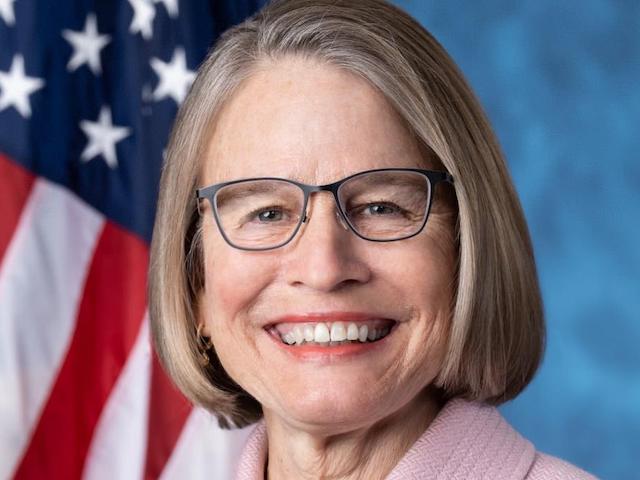 The Iowa Field Report reported that the congressional hopeful took down a website from when she ran for the state House that showed some of her more radical positions on key issues before announcing her run for Congress. The report added:

As Iowa legislators pushed to eliminate Critical Race Theory in Iowa schools, Bohannan laid out a lengthy defense for why teachers should be teaching our children they are born inherently racist, calling it “important work.”

The health care section of Bohannan’s website was primarily dedicated to why Iowa taxpayers should be paying for gender reassignment surgeries. Bohannan wrote, “the State should allow Medicaid funding to pay for gender confirmation surgery for transgender individuals whose doctors have approved it.”

Bohannan had also allegedly deleted part of her website that touted her endorsement from Moms Demand Action — one of the leading gun-control groups in America.