Former Vice President Mike Pence is traveling to Hungary this week to speak at a biannual demographic conference in Budapest focused on boosting birthrates amid worldwide declines in population growth.

The conference, hosted by the European Large Families Confederation, is taking place September 23–24 and will feature world leaders including Hungarian Prime Minister Viktor Orban, Serbian President Aleksandar Vucic, and the prime ministers of Slovenia, Poland, and Czech Republic. Several other political figures, leaders of churches, and those in the science and media fields will also appear.

The two-day event will “reflect on the most important issues affecting families” and is happening in a country that has in recent years ramped up its family benefits, including implementing a tiered system that grants generous tax breaks based on a household’s number of children.

Pence, a Christian conservative and longtime advocate for pro-family policies, will speak Thursday.

During his time as vice president, Pence led initiatives to eliminate taxpayer funding of abortion, including expanding the Mexico City Policy and cutting funding to the United Nations Population Fund, and promoted the rights of faith-based adoption agencies. Pence’s pro-family track record also stretches back to his time as governor of Indiana, where his agenda emphasized policies that “put the family at the center of Indiana’s effort to improve the social and economic prospects of all Hoosier children.”

Since leaving the White House, the former vice president has been highly active in the political scene, feeding rumors he is considering a presidential bid in 2024. 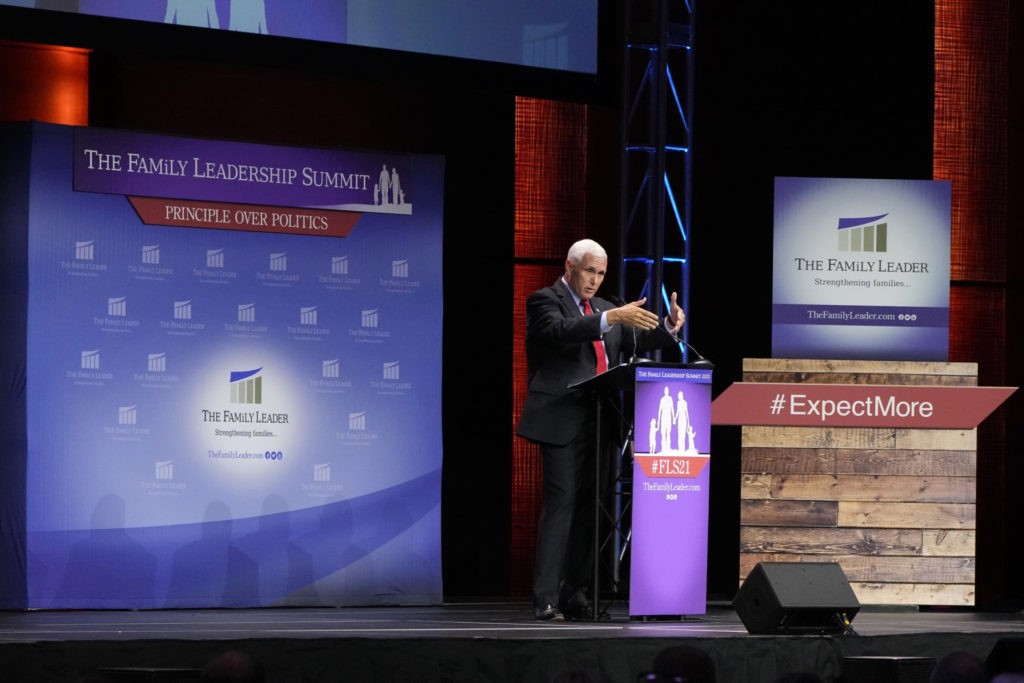 His forthcoming appearance in Budapest will follow a busy month for Pence in which he launched a podcast with Young America’s Foundation called American Freedom, filed a second amicus brief in favor of school choice with his group Advancing American Freedom, and visited Nebraska where he attended an annual steak fry with Gov. Pete Ricketts (R) and met with the family of 23-year-old Cpl. Daegan Page, one of the 13 servicemembers who died in Afghanistan last month. Pence also spoke at a memorial service in Indiana for another one of the fallen servicemembers, 22-year-old Cpl. Humberto Sanchez.

Prior to September, Pence made trips out to early primary states, first to South Carolina in April, then to New Hampshire in June and Iowa in July. Among a string of reports of fundraising events, Pence was spotted in August raising money for Virginia Republican Glenn Youngkin, who is competing in the Old Dominion’s gubernatorial race this year to replace term-limited Gov. Ralph Northam (D).

Great to be in Virginia Beach supporting a true Conservative and the next Governor of the Old Dominion, @GlennYoungkin! 🇺🇸 https://t.co/1ziKEGyZL9 pic.twitter.com/tRJtW5p457

Amid the heightened activity, a CNN report estimated the former vice president had also nearly doubled his staff to about 20 people as of the summer.