Senate Democrats will propose another amnesty plan to include in their budget reconciliation package, one that would allow illegal aliens who entered the United States before 2010 to secure green cards and, eventually, naturalized American citizenship. 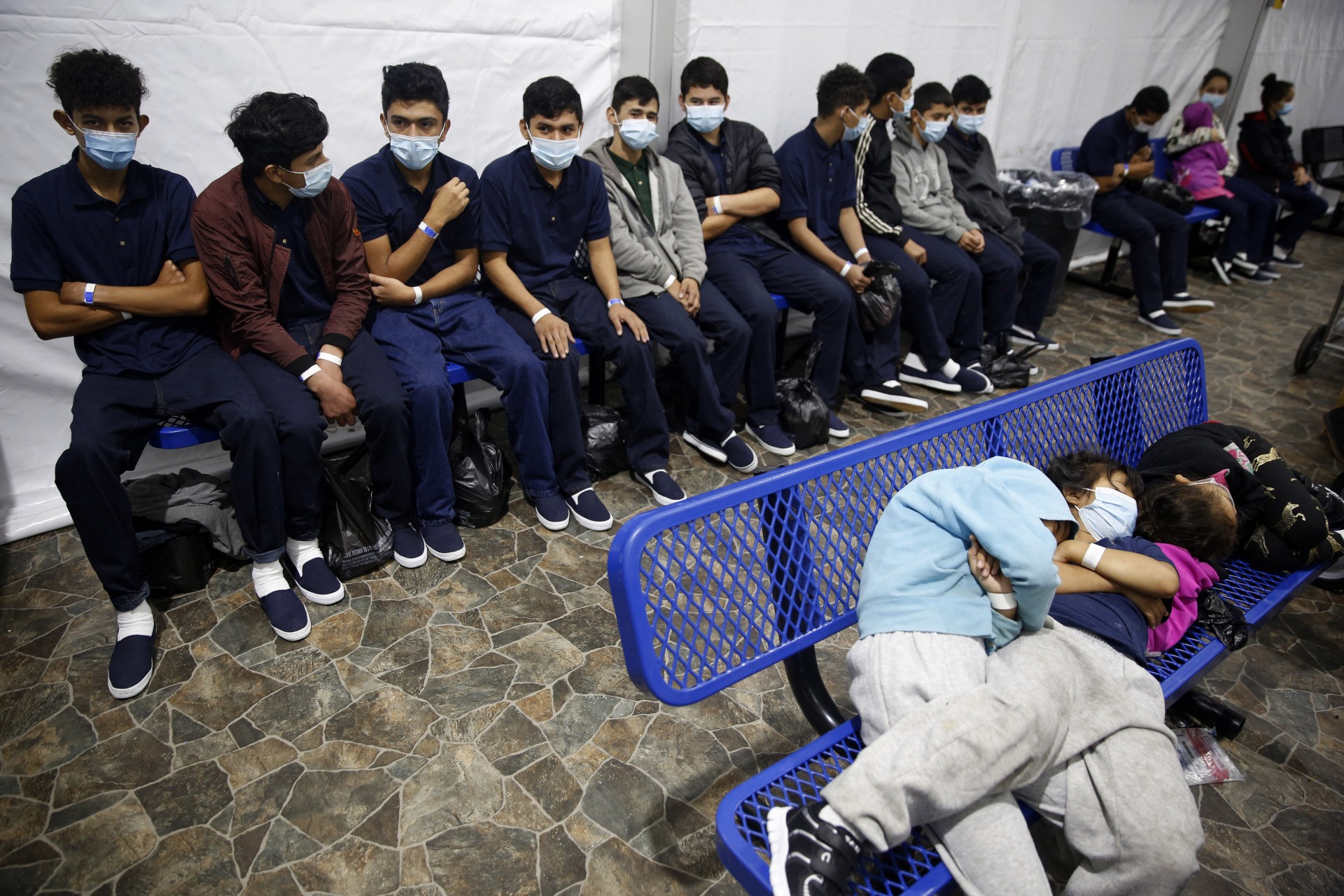 Young unaccompanied migrants, wait for their turn at the secondary processing station inside the Donna Department of Homeland Security holding facility. (DARIO LOPEZ-MILLS/POOL/AFP via Getty Images).

I personally prefer trying to get the parliamentarian to agree to a registry date change because we’re not changing the law, which was the essence of her arguments … we’re just updating a date. There’s a dramatic difference in that. [Emphasis added]

In November 1986, President Ronald Reagan signed the Immigration Reform and Control Act (IRCA) into law which gave amnesty to nearly three million illegal aliens. As part of the Reagan amnesty, illegal aliens who could prove they had lived in the U.S. since January 1, 1972 could adjust status and secure a green card.

Since the Reagan amnesty, more than 73,000 illegal aliens have been able to adjust status, secure green cards, and eventually apply for naturalized American citizenship.

Senate Democrats now want to update that date from January 1, 1972 to January 1, 2010 so that illegal aliens who have lived in the U.S. before 2010 can apply for green cards. It is unclear how many illegal aliens would benefit from such an amnesty but in January 2010, the Department of Homeland Security (DHS) estimated that nearly 11 million illegal aliens were residing in the U.S.

The latest amnesty plan comes directly from FWD.us, which in April published a detailed analysis as to how Senate Democrats could update the registry date in the IRCA to provide millions of illegal aliens with amnesty.

“The immigration registry process has been in place for nearly a century, and reflects our nation’s historical sense of fairness to allow undocumented immigrants who have lived in the country for a long time an opportunity to adjust to a legal status,” the FWD.us stated.