Gen. Mark Milley reportedly suggested the 2020 Black Lives Matter riots that caused an estimated one billion dollars in damage were trivial, according to authors Bob Woodward and Robert Costa in the book Peril.

“Mr. President, they are not burning it down,” Milley gave his opinion to former President Trump about the riots sparked by George Floyd’s death. 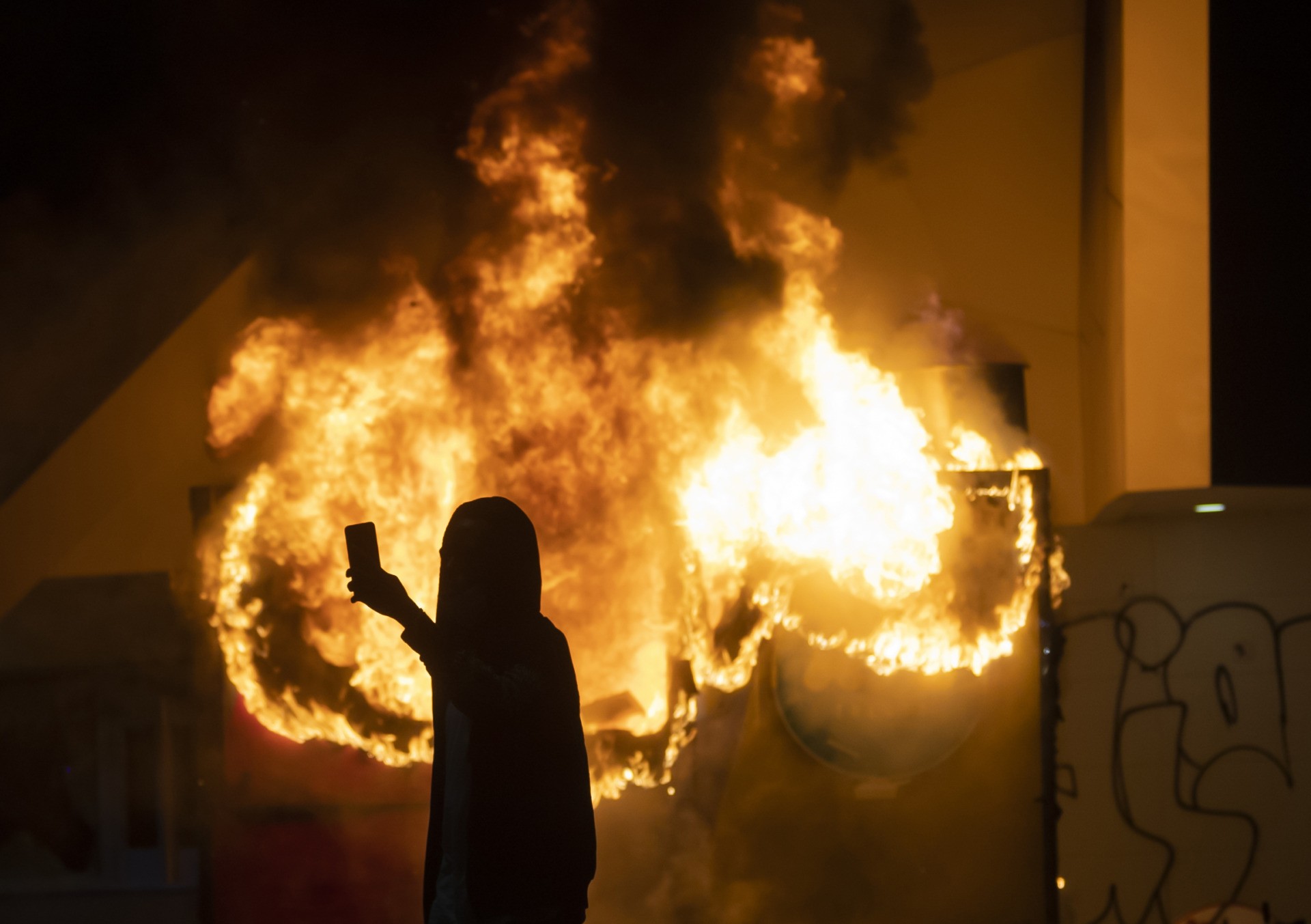 A building in Centennial Olympic Park burns during rioting and protests in Atlanta on May 29, 2020. – The death of George Floyd on May 25 while under police custody has sparked violent demonstrations across the US. (JOHN AMIS/AFP via Getty Images). 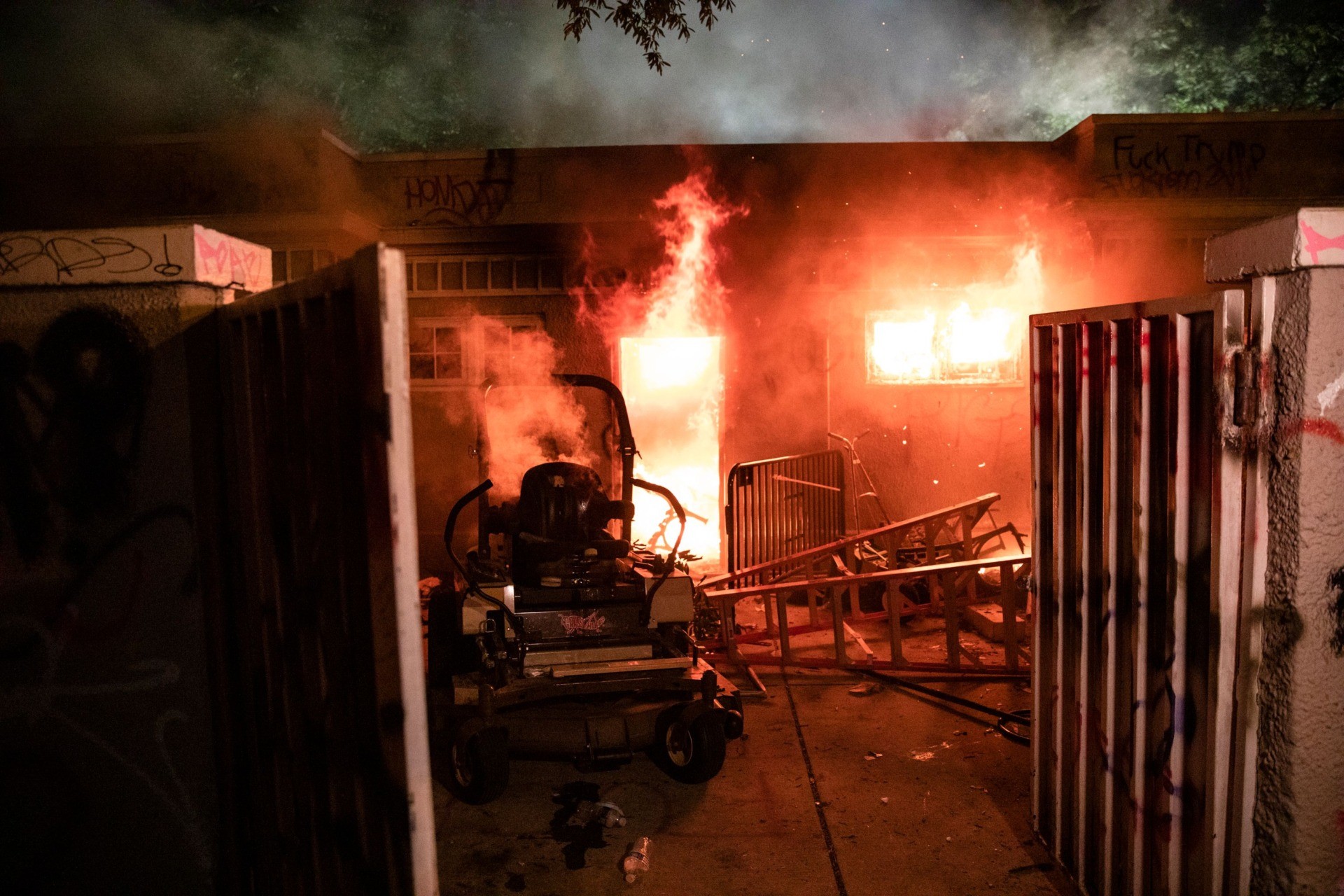 A maintenance building in Lafayette Park across the street from the White House burns as people protest the death of George Floyd at the hands of Minneapolis Police in Washington, D.C. on May 31, 2020. (SAMUEL CORUM/AFP via Getty Images).

“We’re a country of 330 million people. You’ve got these penny packet protests,” Milley reportedly said, employing a phrase for something trivial. “They used spray paint, Mr. President, that’s not an insurrection.” 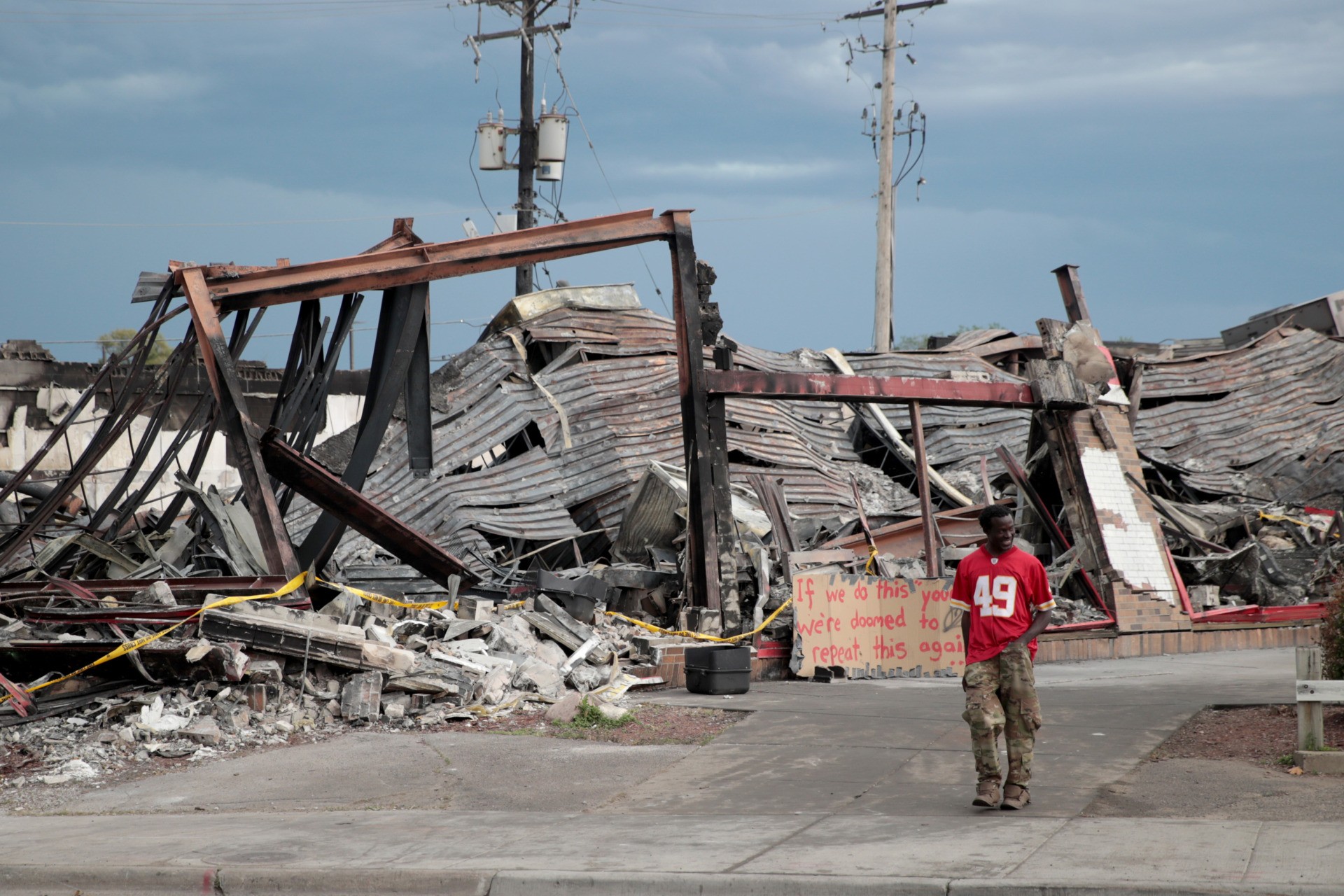 A man walk past the charred wreckage of a building destroyed during last week’s rioting which was sparked by the death of George Floyd on June 2, 2020 in Minneapolis, Minnesota. (Scott Olson/Getty Images). 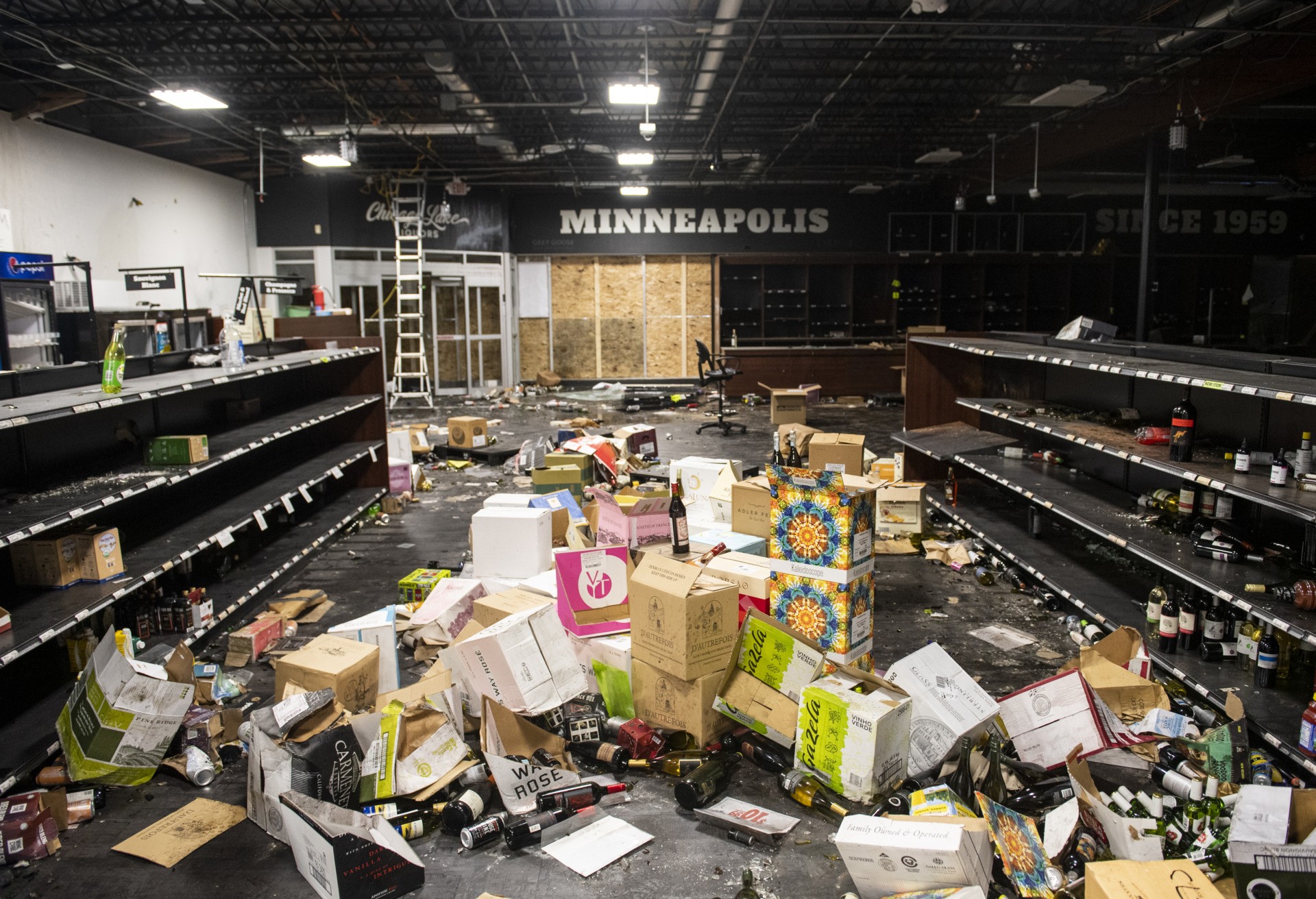 MINNEAPOLIS, MN – JUNE 05: A view of the damage inside Chicago Lake Liquors after it was looted during the protests and riots which followed the death of George Floyd on June 5, 2020 in Minneapolis, Minnesota. All of the merchandise left in the store will be destroyed due to smoke damage. (Photo by Stephen Maturen/Getty Images)

According to the New York Post, Milley reportedly told Trump the U.S. military should not be involved in the 2020 riots because the “protests were understandable given systemic racism.”

“That’s pent up in communities that have been experiencing what they perceive to be police brutality,” Milley apparently told the president. 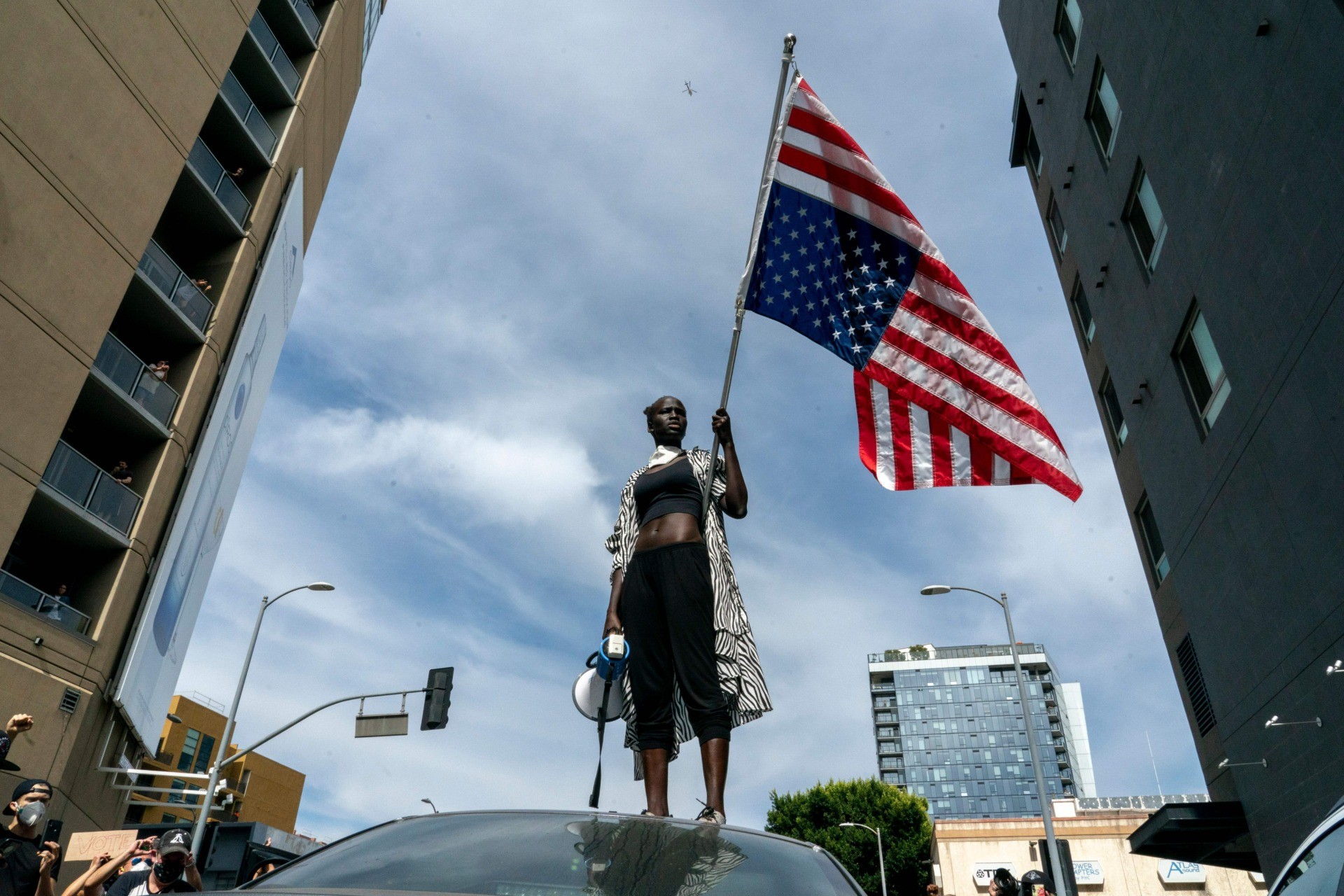 Anti-America protester stands on top of a car as she marches through Hollywood during a demonstration over the death of George Floyd. (KYLE GRILLOT/AFP via Getty Images).

“He feared that Trump might be looking for a ‘Reichstag moment’ and believed the attack “so unimagined and savage, [it] could be a dress rehearsal for something larger,’ the Post reported the authors’ analysis of Milley’s feelings about the riots.

Milley’s reported comments about the riots that left over a billion dollars worth of nationwide damage comes as he joined the former president in a photo op in front of St. John’s Church. The two, along with others, walked through Lafayette Park, across from the White House, in a moment solidarity against the riotous violence.

“I should not have been there,” Milley later said in an unprecedented video statement. “My presence in that moment and in that environment created a perception of the military involved in domestic politics.” 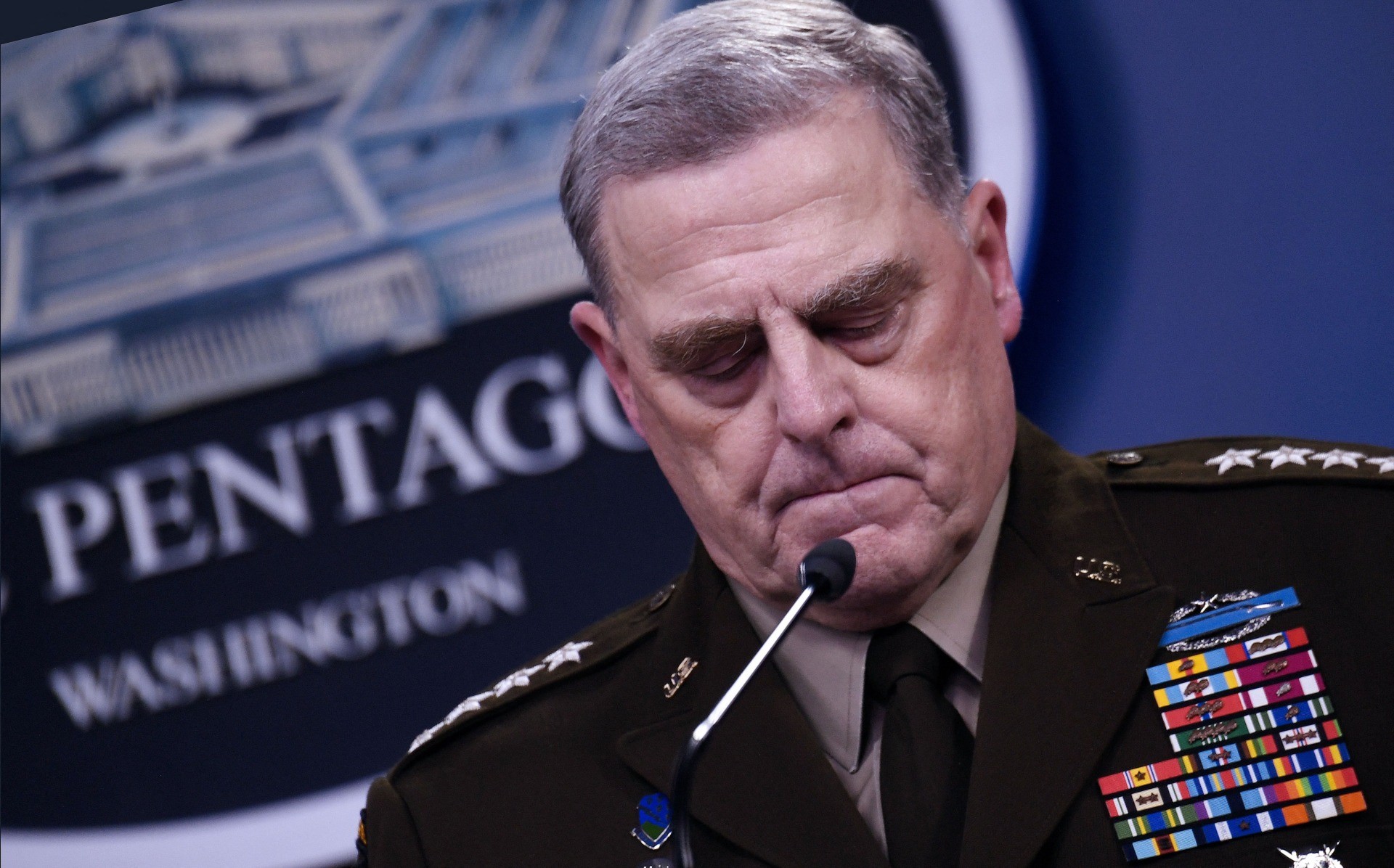 Apparently, the incident caused Milley to consider resigning but decided against it. “As a commissioned uniformed officer, it was a mistake that I have learned from,” Milley explained.

Milley’s apology to the mob was not the last of its kind. In June, Milley told the House Armed Services Committee he was interested in his own “white rage.”

“I want to understand White rage. And I’m White,” Milley said when questioned about critical race theory. “I’ve read Mao Zedong. I’ve read Karl Marx. I’ve read Lenin. That doesn’t make me a communist,” Milley excused his surprising comments. “So what is wrong with understanding… the country which we are here to defend?”