The fencing around the Capitol installed after the January 6 riot and removed in July is up again as an unknown number of people are expected to show up on Saturday to protest the treatment of those jailed after the incident.

Other security put in place includes 100 National Guards troops on standby in case violence breaks out at the “Justice for J6” protest. 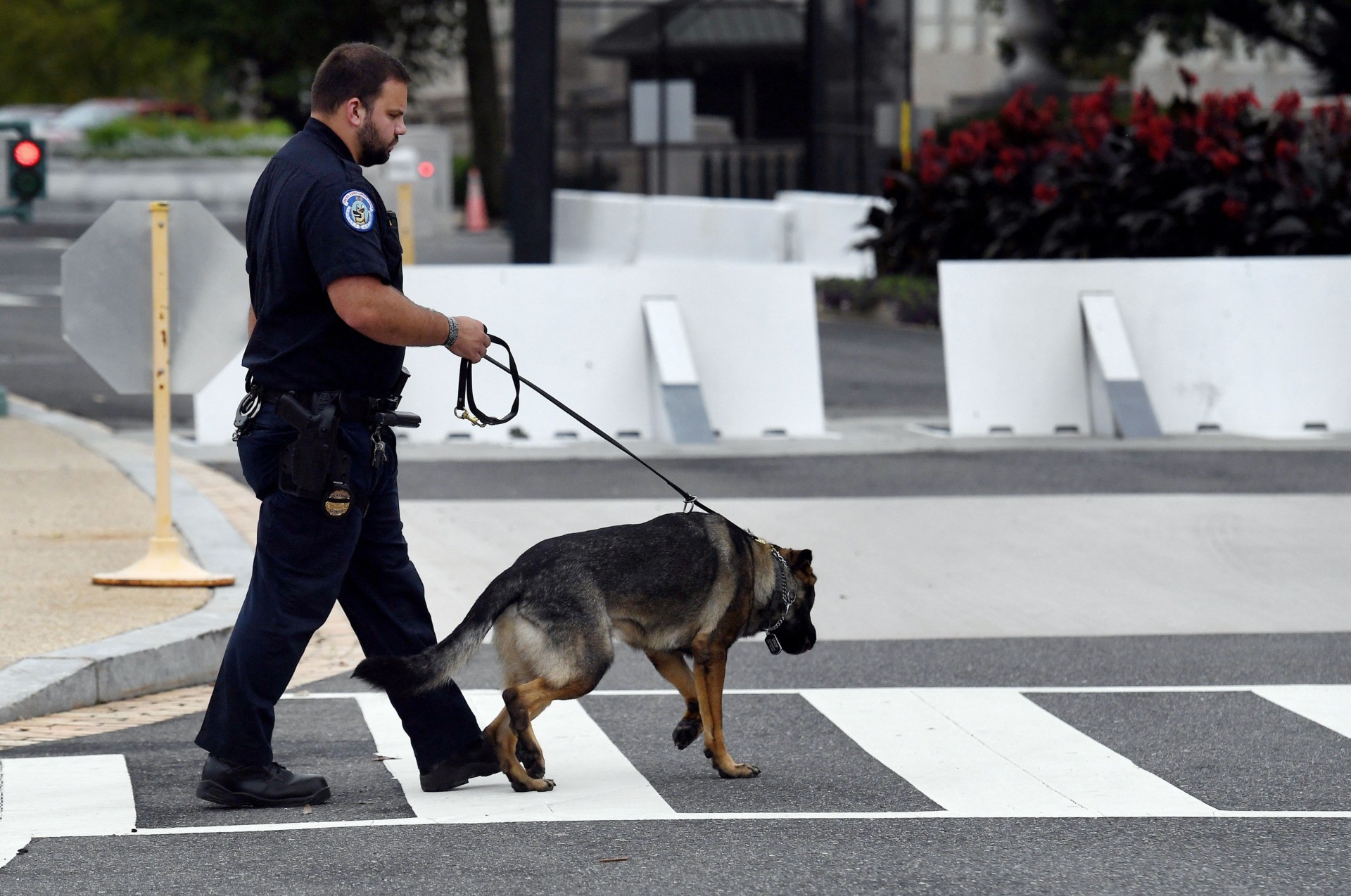 A US Capitol Police K-9 officer patrols the Capitol grounds in Washington, DC on September 17, 2021. (OLIVIER DOULIERY/AFP via Getty Images).

Reuters reported that 600 people were arrested in the days following the riot:

U.S. Capitol Police Chief J. Thomas Manger on Friday told reporters “there have been some threats of violence associated” with Saturday’s demonstration. The police department has a “strong plan in place” to maintain a peaceful event, Manger told a news conference.

“In the last few days, we’ve had a number of specific threats come in against specific members of Congress,” Manger said, adding that those threats have not been “specifically tied to the rally tomorrow.”

“What we’re concerned about, I think, more than anything is the possibility of counter-demonstrators making it to this demonstration and there being violence between those two groups,” Manger said. “In my opinion, that’s the most likely scenario for violence.”

Reuters reported that Matt Braynard, who worked as an analyst for the Republican Party and later started a consulting business, Look Ahead America, is the organizer of Saturday’s protest. 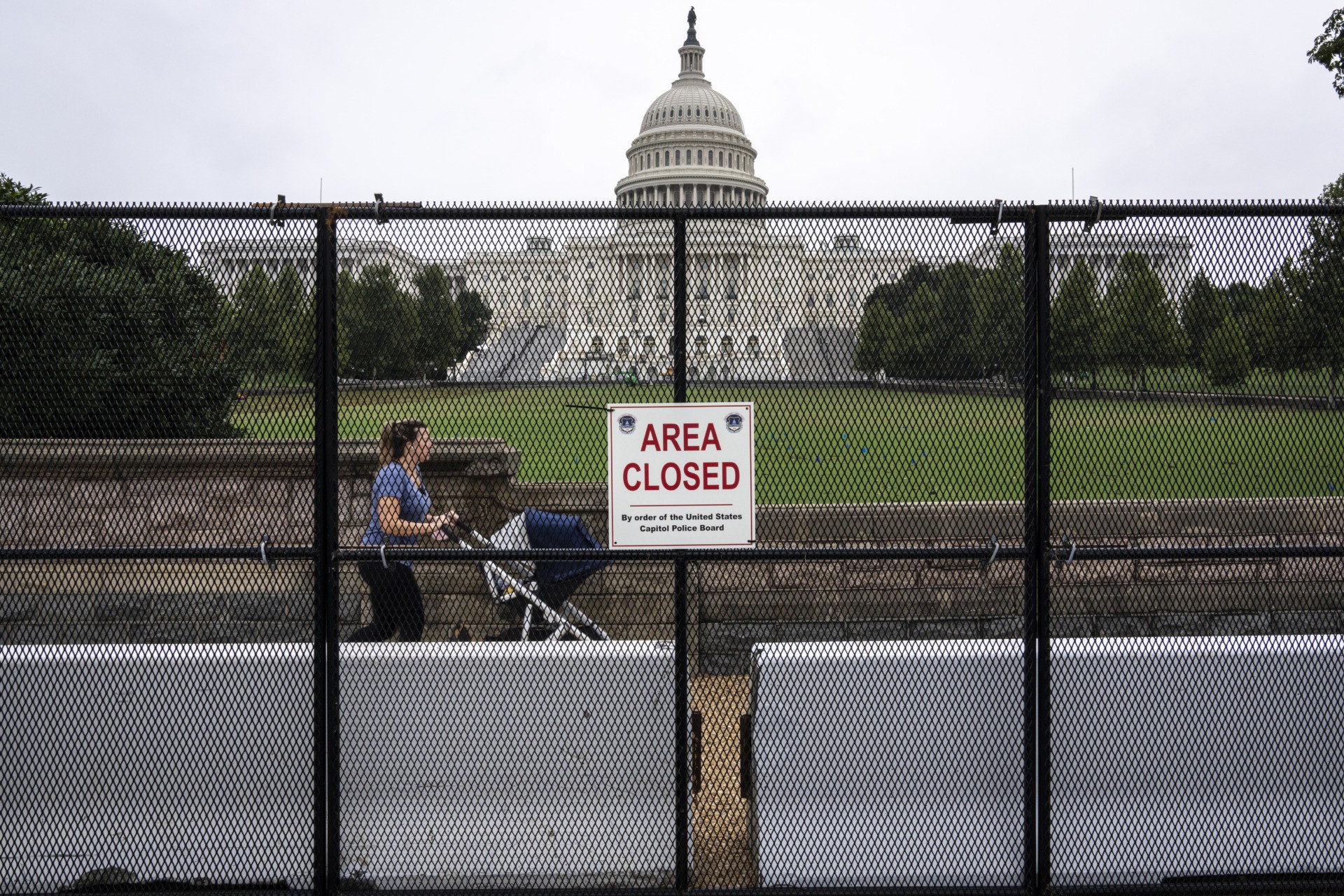 A woman pushes a stroller as she walks inside security fencing surrounding the U.S. Capitol. (Drew Angerer/Getty Images).

“Braynard, who is in his 40s, did not respond to a request for comment for this story,” the report said. “The Associated Press earlier declined to accept his condition that an interview of him be broadcast live.”

“At no point will I cancel this rally,” Braynard told WTOP radio in Washington, DC. “This is happening even if I’m there by myself with a megaphone.” 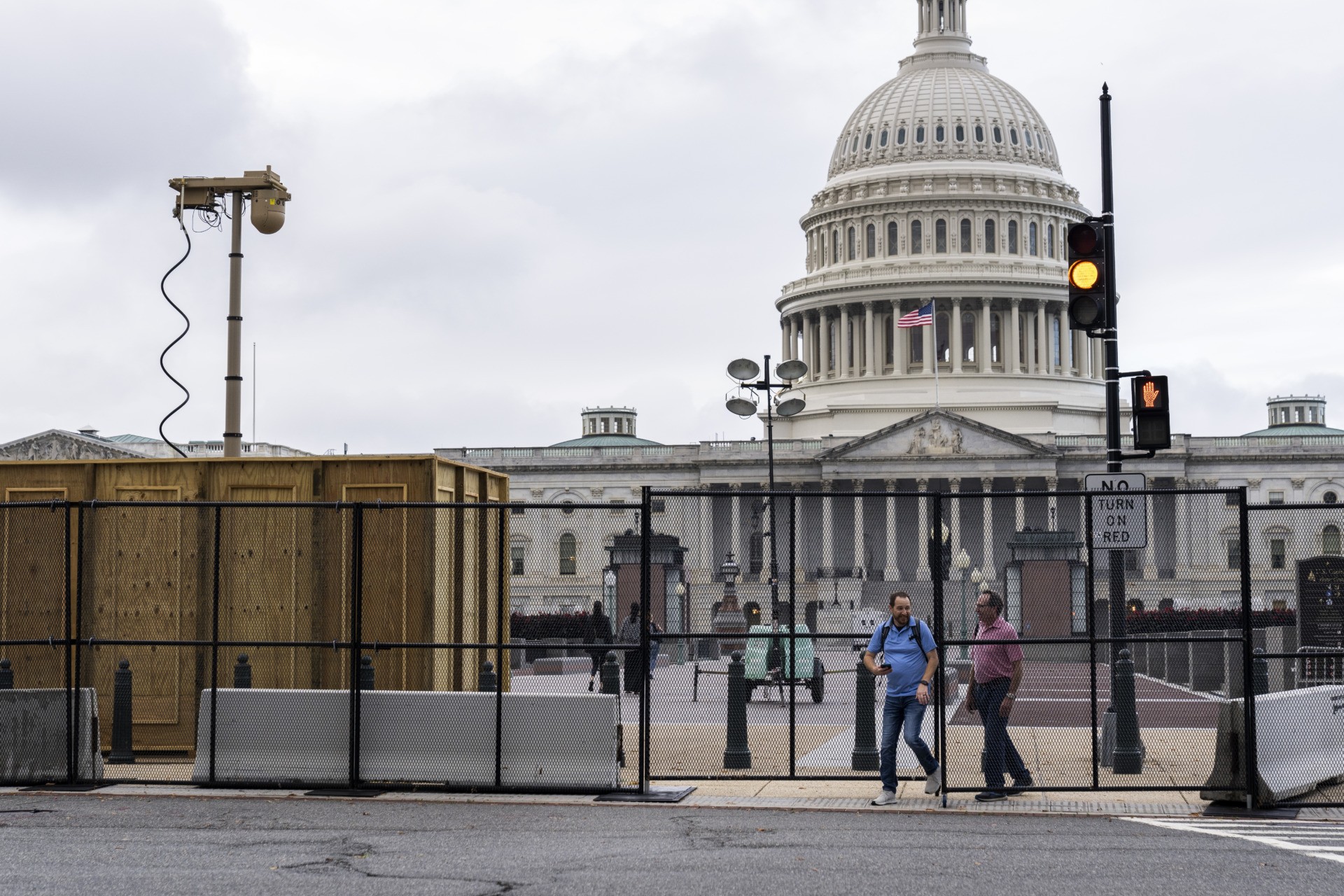 Reuters reported that the permit granted for the rally “allows it to be no larger than 700 people, according to a person who was briefed on the matter but spoke on condition of anonymity to discuss confidential details.”

Most members of Congress will not be at the Capitol on Saturday.