Three Republican congressmen told Secretary of State Antony Blinken on Monday he should resign over the Biden administration’s deadly U.S. withdrawal that plunged Afghanistan into chaos.

The resignation calls came while Blinken testified before the House Foreign Affairs Committee via a live camera feed at the State Department headquarters, less than a 15-minute drive from Capitol Hill. Blinken attributed his physical absence to the House not being officially in session.

The three GOP lawmakers who called on Blinken to step down during the contentious hearing were dismayed by his defense of Biden’s Afghanistan exit and his self-congratulatory remarks about the evacuation efforts Republicans asserted were difficult to reconcile with reality. 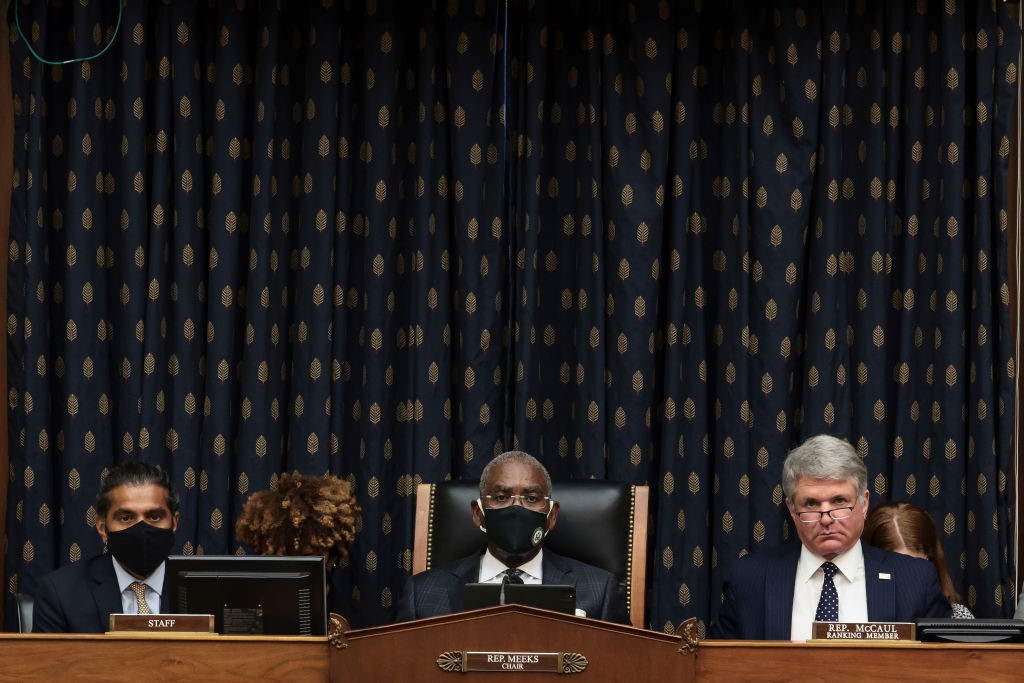 Wilson blamed the Biden administration for allowing Afghanistan to fall to the Taliban and turning it into a “safe haven for murderous terrorists.”

“In American history, American families have never been at a greater risk of attack at home than today,” he added. “The global war on terrorism is not over; it has been moved from abroad to American homes.”

Wilson hammered the administration for withdrawing U.S. troops from Bagram Air Base, which ultimately fell to the Taliban when they entered Kabul and declared victory on August 15.

The Republican congressmen asserted the decision to pull out of the facility, formerly the most extensive U.S. military base in Afghanistan, led to the August 26 suicide bombing attack in Kabul claimed by the Islamic State (ISIS) branch in the country.

As the grateful father of an Afghanistan veteran, I especially see your actions as indefensible. … The murderers of that attack will now have a safe haven to attack American families at home. Your bizarre abandoning of Bagram airfield led directly to 13 Marines murdered in Kabul. You should resign.

During the attack, which took place at the airport in Kabul used by the U.S. military for evacuations, ISIS wounded at least eight additional American service members and killed and injured over 100 Afghans.

Blinken did not respond to Wilson’s call for his resignation.

Rep. Lee Zeldin (R-NY) also urged Blinken to step down after asserting that Biden’s botched withdrawal had rendered the U.S. vulnerable to countries like North Korea and Iran.

We have an administration that does not know how to confront an adversary, understanding that they do not respect weakness, they only respect strength. And it is so greatly unfortunate, the consequences, and I believe that you, sir, should resign. That would be leadership.”

The New York Republican described Biden’s withdrawal operation as “fatally flawed and poorly executed,” adding that as a result, “We had the loss of U.S. service members.”

This time, Blinken responded to the Republican congressman’s call for his resignation, telling Zeldin:

To the contrary, congressman, I believe that there’s nothing that our strategic competitors like China and Russia or our adversaries like Iran, like North Korea, would have liked more than for President Biden to have re-upped the war in Afghanistan for another five, 10 or 20 years. To be bogged down in that conflict.

He concluded his response by stressing that ending the Afghanistan war prevented a third generation of Americans from going overseas and potentially dying in the country, now governed by the Taliban as a sharia-compliant Islamic emirate.

The vast majority of U.S. military casualties in Afghanistan occurred under the Obama-Biden administration’s watch.

“We are now in a much better position to confront the challenges and threats that we actually face in 2021,” the secretary added.

Burchett proclaimed that the deaths of the 13 American service members were “entirely preventable,” adding:

If your department and this administration had a plan and had not been caught flat-footed in Afghanistan, there would have been no need to [deploy an estimated] 6000 additional soldiers into the country to secure that airport [in Kabul].

You’ve repeatedly stated that every contingency was planned for, but clearly, the rapid collapse of the Afghan government was something that you had not planned for. Their blood is on your hands and this administration sir. I call on you to resign.

Blinken asked the chairman of the Democrat-controlled House panel for a chance to respond, to no avail.