Secretary of State Antony Blinken refused to deny Monday that U.S. President Joe Biden pressured his then-Afghan counterpart, Ashraf Ghani, during a phone call in July to mislead the public and say Kabul was winning its war against the Taliban.

“I’m not going to commenting on any purportedly leaked transcripts,” Blinken declared under questioning from Chris Smith (R-NJ) during a House Foreign Affairs Committee hearing on Biden’s deadly U.S. troop withdrawal from Afghanistan.

Nevertheless, Blinken admitted that the Biden administration was concerned about the Afghan government’s collapse when the U.S. president spoke to Ghani on July 23, nearly a month before Kabul collapsed on August 15. 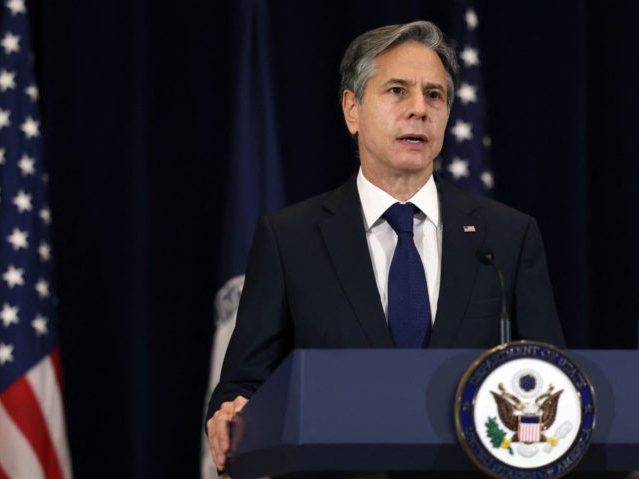 The president said in that conversation with then-President Ghani is exactly what he was saying in public … that the issue is not the capacity at that point of the Afghan government and the Afghan security forces to hold the country and to hold Kabul; it was their will and whether they had a plan to do so and we were concerned that they were not demonstrating that will or that plan.

The secretary’s comments confirm Biden was aware of the poor conditions on the ground in Afghanistan even as he publicly signaled confidence in the Afghan security forces’ military prowess against the Taliban.

Moreover, it contradicts Blinken’s repeated assertions, including during his testimony that no one in government predicted the swift fall of Afghanistan.

On the day of the phone call, the Taliban was in the middle of an aggressive offensive to conquer territory from the Afghan government as the American-led NATO forces were pulling out from Afghanistan. The Taliban quickly seized province after province, ultimately entering Kabul and declaring victory on August 15.

The U.S. intelligence community, including agents within the State Department, and about two dozen diplomats reportedly warned that a Taliban takeover was probable in the weeks leading up to the rushed exit of the U.S. military and consular presence. Still, Biden officials dismissed the warnings as alarmist.

However, Blinken and Biden have denied those reports.

Blinken’s comments during the hearing echoed the White House’s refusal to confirm or deny the embarrassing details of Biden’s call with President Ghani, who fled the country as the Taliban approached Kabul. A Taliban interim government now rules Afghanistan as a sharia-compliant Islamic emirate.

Blinken told lawmakers his department believes there are still “about 100” Americans seeking to escape the country, but he stressed that the Biden administration does not have a precise tally.

Reuters first reported on the July 23 conversation between Biden and Ghani, noting that it reviewed the transcripts and listened to the audio to verify the authenticity of the exchange.

“I need not tell you the perception around the world and in parts of Afghanistan, I believe, is that things are not going well in terms of the fight against the Taliban,” Biden reportedly said. “And there is a need; whether it is true or not, there is a need to project a different picture.”