Vice President Kamala Harris criticized Americans who responded to the 9/11 terrorist attacks by spreading fear and division on the 20th anniversary Saturday.

“We saw after 9/11 how fear can be used to sow division in our nation,” she said. “Sikhs and Muslim-Americans were targeted because of how they looked and how they worshiped.”

Harris spoke at the 9/11 memorial ceremony at the Flight 93 memorial in Shanksville, Pennsylvania.

She recalled how the “vast majority of Americans were unified in purpose” on 9/11 and stood with those “experiencing violence and discrimination.”

The vice president recalled the heroic story of the passengers of Flight 93 who fought back terrorists trying to take control of their plane, crashing it into a Pennsylvania field. 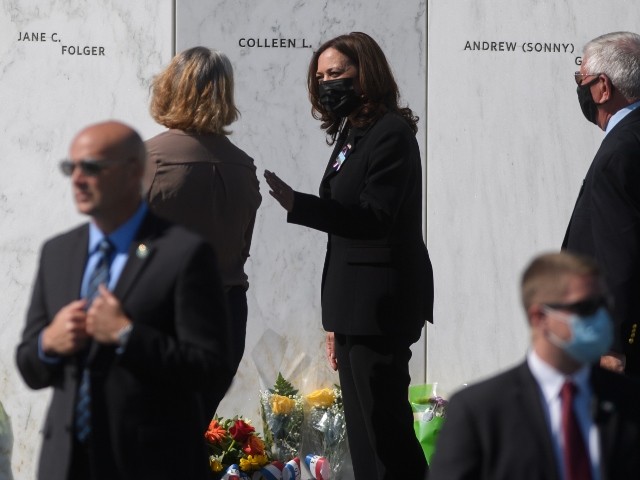 SHANKSVILLE, PA – SEPTEMBER 11: Family members greet U.S. Vice President after she spoke at the 20th Anniversary remembrance of the September 11, 2001 terrorist attacks at the Flight 93 National Memorial on September 11, 2021 in Shanksville, Pennsylvania. The nation is marking the 20th anniversary of the terror attacks of September 11, 2001, when the terrorist group al-Qaeda flew hijacked airplanes into the World Trade Center, Shanksville, PA and the Pentagon, killing nearly 3,000 people. (Photo by Jeff Swensen/Getty Images)

“In a matter of minutes, in the most dire of circumstances, the 40 responded as one. They fought for their own lives, and to save the lives of countless others at our nation’s Capitol,” she said.

Harris used the story to call for unity in the United States.

“By unity, I don’t mean uniformity,” she noted. “We had differences of opinion in 2001 as we do in 2021, and I believe that in America, our diversity is our strength.”