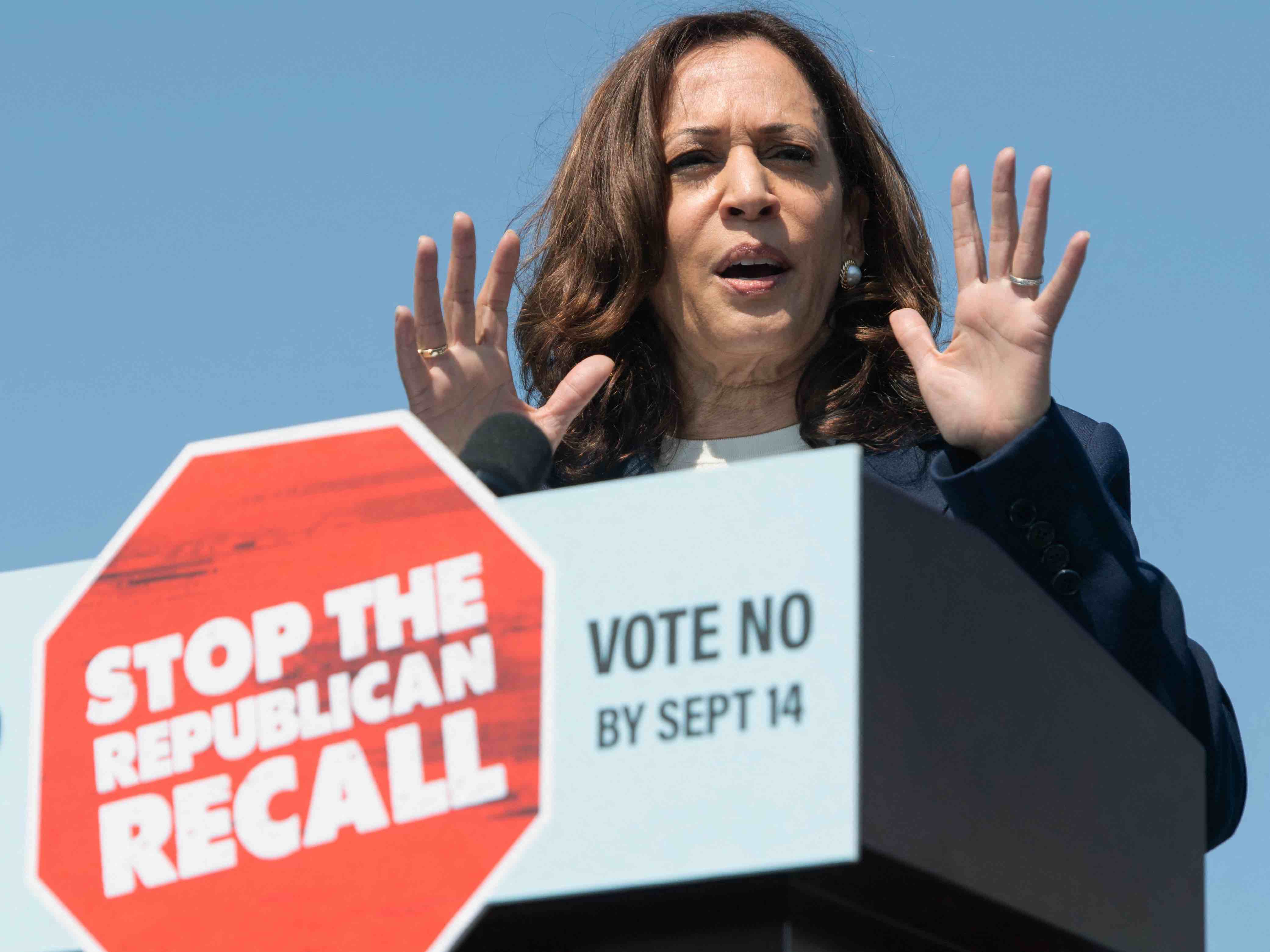 Newsom’s wife, Jennifer Siebel Newsom, kicked off the event, accusing “Trump supporters” and “QAnon conspiracy theorists” of backing the recall, associating it with a recent Texas ban on abortions after the first six weeks of pregnancy.

Gov. Newsom attacked what he said were racist remarks by one of the leaders of the recall, who called for microchips to be used to track “immigrants.” Newsom said nothing about racist remarks directed by his supporters against Larry Elder, the conservative talk radio host who is leading contenders to replace him, and would be the state’s first black governor.

Like his wife, Newsom attached the recall to the far right, mentioning the Capitol riot on January 6. He also explicitly attacked Larry Elder, falsely claiming that Elder believes that climate change is a “myth” and a “crock,” and falsely claiming that Elder believes women are not as smart as men — both lines recycled from establishment media attacks.

Newsom warned voters that “Trumpism is still alive,” and said California voters had a chance to reject it. He said that Elder would walk California off the same “COVID cliff” as Texas and Florida, which have adopted far fewer restrictions and mandates (and which have experienced a massive influx of residents from “blue” Democrat-run states as a result).

Vice President Harris then spoke, referring to Newsom as her “long, dear friend,” though they have long been local rivals.

She praised him for his performance on the coronavirus pandemic, saying that he “rose to the moment” and that he “led with courage.” She did not mention his dinner last year at the French Laundry restaurant, unmasked, with lobbyists, which took place shortly after he issued guidelines discouraging people from dining in restaurants.

Harris said the recall campaign was about national politics: “They think if they can win in California, they can do this anywhere. Well, we will show them: you’re not gonna get this done. Not here, never!”

Harris was supposed to campaign for Newsom last month, following a diplomatic tour of Southeast Asia, but the event was called off due to the disastrous Afghanistan withdrawal, whose repercussions continue to be felt worldwide.