Former President Donald Trump earns the highest marks for his handling of the Afghanistan war over all other presidents during the 20-year conflict.

A Morning Consult poll shows that 63 percent of veterans who served in Afghanistan backed Trump’s handling of Afghanistan while only 49 percent feel the same way about President Joe Biden’s decisions. 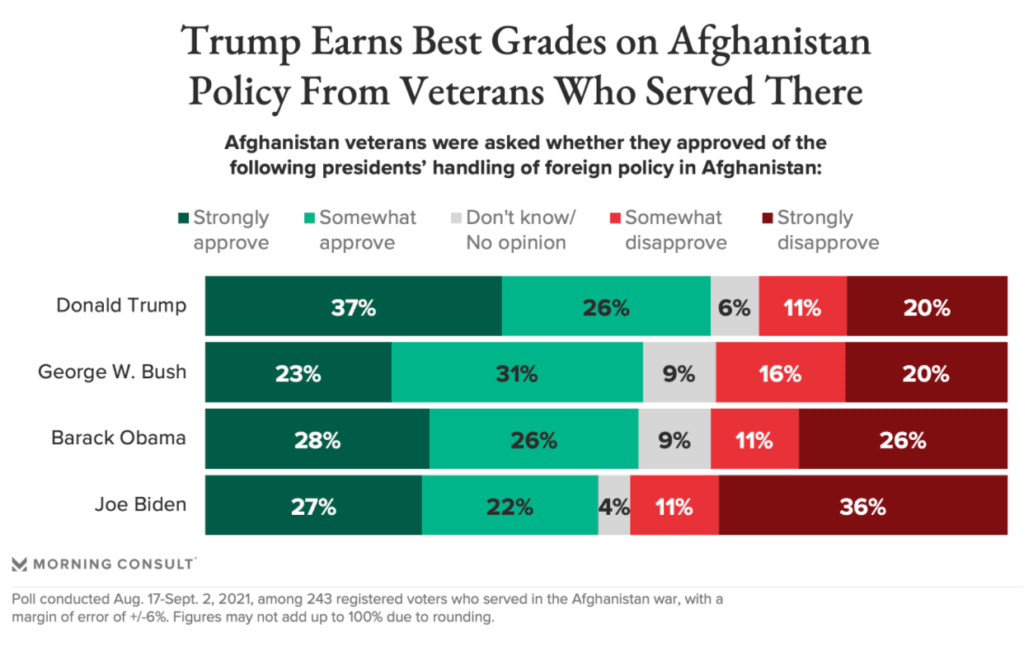 A majority of Afghanistan war veterans, 58 percent, agreed with the decision to withdraw from the country and end the war after 20 years. 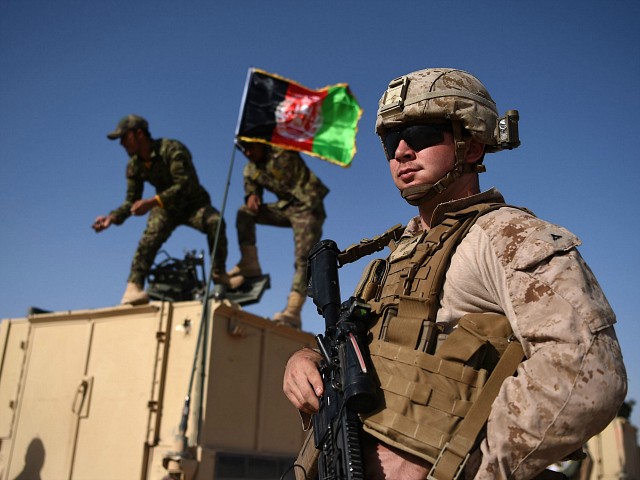 In this photograph taken on August 28, 2017, a US Marine looks on as Afghan National Army soldiers raise the Afghan National flag on an armed vehicle during a training exercise to deal with IEDs (improvised explosive devices) at the Shorab Military Camp in Lashkar Gah in Helmand province. (Wakil Kohsar/AFP/Getty Images)

The poll also noted mixed feelings among Afghanistan veterans about whether or not the war was worth it.

But others found the war worthwhile. Forty-eight described the effort in Afghanistan as “successful” and 67 percent found it “necessary.” 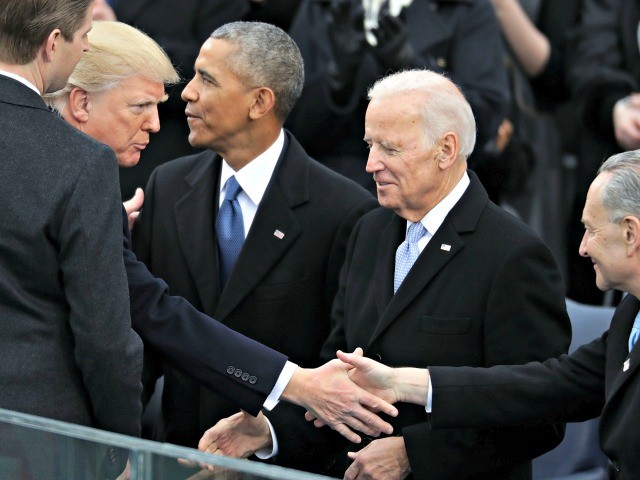 The poll conducted after the fall of Kabul to the Taliban was taken August 17 to September 2 and included 243 Afghanistan war veterans with a six point polling margin of error.