Pompeo, who represented Kansas’s Fourth Congressional District for six years before joining the Trump administration, praised Schmidt as a “trusted conservative” whom he is “honored” to support.

“I’ve known Derek for a long time, and he is the trusted conservative Kansans need in the Governor’s Office,” Pompeo said in a statement. “When you look at his record as Attorney General, you see a leader who has always fought for the most vulnerable and always stood up to do the right thing. I’m honored to support Derek for Governor.” 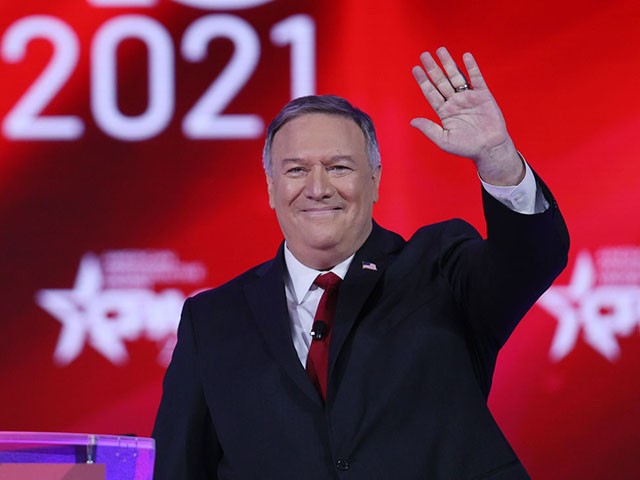 Pompeo, who served as CIA director and then as secretary of state under former President Donald Trump, weighed in on the race just over a week after former Kansas Gov. Jeff Colyer (R), who had also been running, announced he was dropping out because he had received a cancer diagnosis.

Dugan said the uniting of support around Schmidt’s candidacy may also hurt Kelly’s chances of reelection. “I think she was counting on a bloody primary with a weakened Republican nominee,” Dugan speculated, adding that “the likelihood of that happening got vastly lower” after Colyer exited the race.

Kansas GOP chair Mike Kuckelman told the outlet he now expects the race to be a “one-person primary.”

Schmidt, a fifth-generation Kansan who has served as attorney general since 2011, said in a statement of Pompeo’s endorsement, “Mike has made Kansans proud as he served in Congress and far beyond.”

Schmidt added, “He has been a strong conservative leader for our state, and I’m grateful to have his support as I seek to serve the good people of Kansas as their next Governor.”

The Cook Political Report rates the gubernatorial race as a “toss-up” in a state where Trump beat President Joe Biden by nearly 15 points last year and Hillary Clinton by 20 points in 2016.