President Joe Biden’s deputies are delaying the privately organized flight of some Americans and additional Afghans into the U.S.-run air base in Qatar, says Sen. Richard Blumenthal (D-CT), who insists he is “furious.”

But many countries are refusing to accept unidentified Afghan refugees, including next-door Pakistan. U.S. State Department officials say they do not know who is in the aircraft.

“Without personnel on the ground, we can’t verify the accuracy of manifests, the identities of passengers, flight plans, or aviation security protocols, so this is a challenge, but one we are determined to work through,” Secretary of State Antony Blinken acknowledged in Qatar Tuesday. 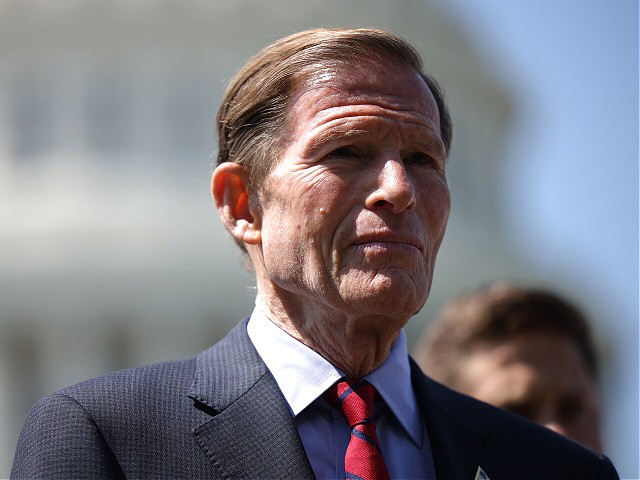 Sen. Richard Blumenthal (D_CT) speaks at a press conference on the introduction of the “September 11th Transparency Act of 2021” at the Capitol Building on August 05, 2021 in Washington, DC. Sponsors of the legislation, including Sen. Robert Menendez (D-NJ) and Senate Majority Leader Chuck Schumer (D-NY) are calling on increased transparency of the federal September 11th investigation. (Photo by Anna Moneymaker/Getty Images)

That day, Blumenthal took to Twitter to express his frustration over the Biden administration’s delaying of Americans and Afghans trying to flee Afghanistan on chartered flights, particularly those stuck in the international airport in the northern Afghan city Mazar-e-Sharif.

I have been deeply frustrated, even furious, at our government’s delay & inaction. There will be plenty of time to seek accountability for the inexcusable bureaucratic red tape that stranded so many of our Afghan allies.

For now, my singular focus remains getting these planes in the air & safely to our airbase in [the Qatari capital of Doha], where they have already been cleared to land.

I expect the White House & State Department to do everything in their power—absolutely everything—to make this happen. These are [American] citizens & Afghans who risked everything for our country. We cannot leave them behind.

I have been deeply frustrated, even furious, at our government’s delay & inaction. There will be plenty of time to seek accountability for the inexcusable bureaucratic red tape that stranded so many of our Afghan allies. 4/6

I expect the White House & State Department to do everything in their power—absolutely everything—to make this happen. These are Americans citizens & Afghans who risked everything for our country. We cannot leave them behind. 6/6

It is “hard to believe that the U.S. government would deny American citizens and Afghan allies who helped save American lives the ability to evacuate Afghanistan,” he told Fox News in a statement, adding:

However, what we’ve been hearing from people actually involved in evacuation is completely different from the administration’s rosy spin. When I hear President Biden declare this debacle an “extraordinary success,” it not only shows he’s detached from reality, it also calls into question everything this administration is telling the American people.

Citing sources who helped organize the private evacuations, ABC News indicated Wednesday that most people trying to escape through Mazar-e-Sharif are not Americans.

The chartered flights for approximately 600 people have been held at Mazar-e-Sharif’s airport for over a week now, according to sources who helped organize them, with at least 19 U.S. citizens waiting in the city to board and flee Afghanistan.

On Wednesday, a day after denying that the Taliban was blocking Americans from leaving Afghanistan, Blinken called on the narco-jihadis to allow charter aircraft carrying U.S. citizens to fly out of Afghanistan.

He made those comments after the State Department came under fire from both parties for not doing more to pressure the Taliban to allow planes to leave Afghanistan. 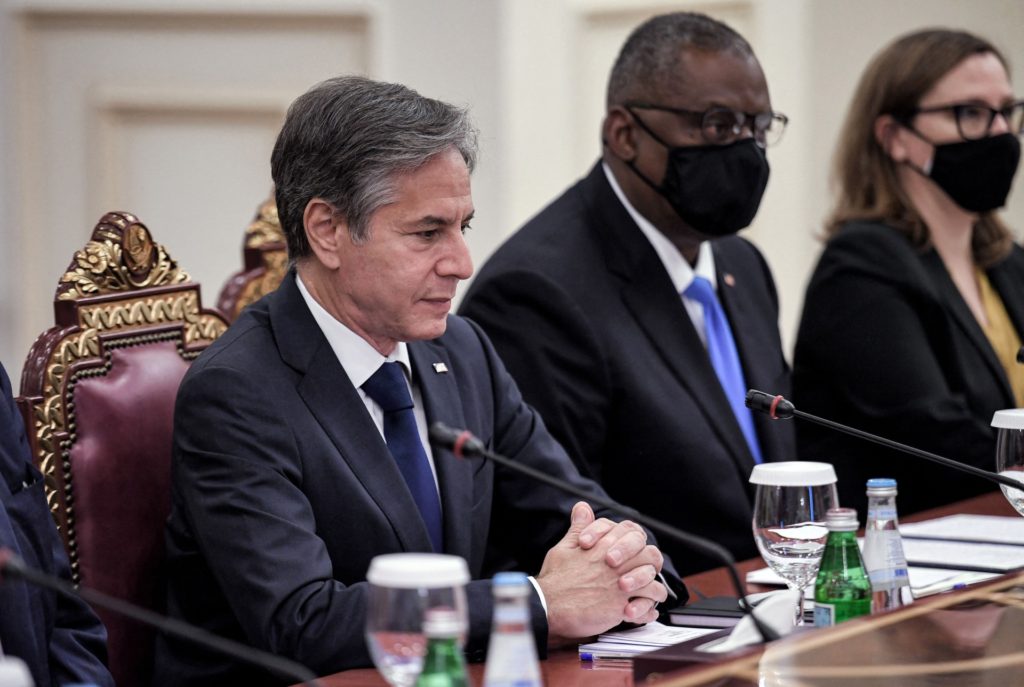 US Secretary of State Antony Blinken (L) and Secretary of Defense Lloyd Austin (2nd-L) meet with Qatari Deputy Prime Minister and Foreign Minister Mohammed bin Abdulrahman Al Thani and Qatari Deputy Prime Minister and Defense Minister Dr. Khalid bin Mohammed Al-Attiyah, at the Ministry of Foreign Affairs in Doha, Qatar on September 7, 2021. – Blinken is meeting with Qatari leaders to thank the nation for its support in the Afghanistan evacuation efforts and to discuss the future of US-Afghanistan relations. (Photo by OLIVIER DOULIERY/POOL/AFP via Getty Images)

While briefing reporters Wednesday at the Ramstein Air Base in Germany, Blinken said the Biden administration has “made clear” to the Taliban that “these charters need to be able to depart.”

A leaked email obtained by Fox News confirmed that the State Department did refuse to grant official approval for some chartered flights to leave Afghanistan, contradicting assertions by Biden officials that the administration did not block private flights carrying Americans from departing.

However, Fox News conceded, “U.S. officials have pointed to possible security threats from landing charter planes at military bases, saying that they lack the resources on the ground to fully verify flight manifests.”

On Tuesday, Blinken said the number of Americans in Mazar-e-Sharif is “small.”

“It’s my understanding that the Taliban has not denied exit to anyone holding a valid document, but they have said that those without valid documents at this point can’t leave – but because all of these people are grouped together, that’s meant that flights have not been allowed to go,” he declared.