The president and first lady spent about two hours at Walter Reed, but further details of the visit were not shared with reporters. 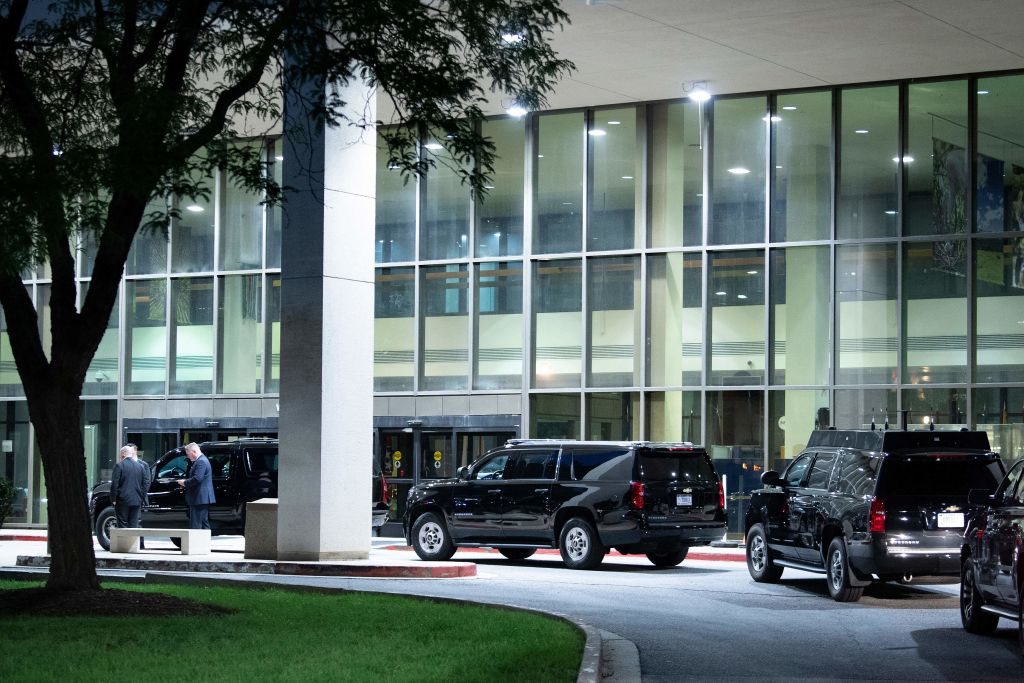 Reporters watched as the Bidens entered the hospital with staffers carrying bouquets of flowers.

I’m here with Biden at Walter Reed military hospital. The trip was a secret, but now that he’s here, it can be disclosed. He has been critcised for his Afghanistan policy, and he’s here visiting the wounded. Officials carried bouquets of flowers inside. https://t.co/EBPSmw9Zv3 pic.twitter.com/bJjgxtEYzD

Officials carried bouquets of flowers inside.

15 Marines wounded in the Kabul attack are currently being treated at Walter Reed.pic.twitter.com/P0JJP0UuJn

The Marine Corps revealed Thursday that 15 Marines who were wounded in the twin suicide bombing attacks in Kabul were at the hospital. One is in critical condition, three are in serious condition and 11 are in stable condition.

The president also attended the dignified transfer 13 troops where were killed in the attack, but was heavily criticized for looking at his watch during the ceremony.

Biden has resisted answering additional questions about Afghanistan, trying to move on from the disastrous withdrawal.