Ballot transfer forms for nearly 44,000 absentee ballots in DeKalb County, Georgia, are either incomplete or were not filled out in a timely manner, according to an analysis of the forms published Monday by the Georgia Star News.

Counties in Georgia were required, per an emergency rule passed by the State Election Board last spring and renewed in July 2020, to fill out ballot transfer forms, which are chain of custody documents meant to accompany every batch of absentee ballots picked up at drop boxes. 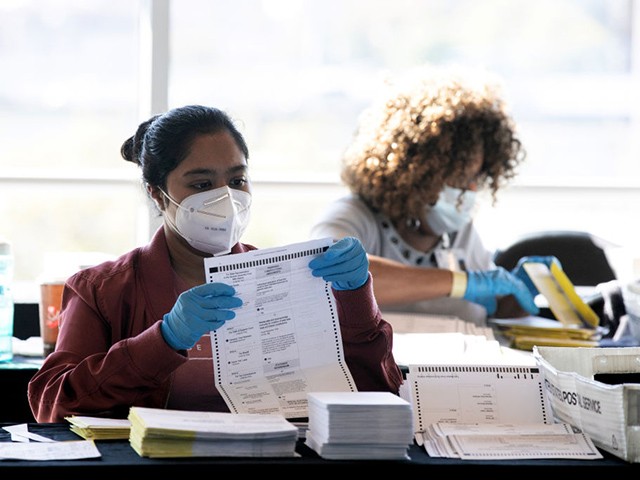 A ballot collection team “shall complete and sign a ballot transfer form upon removing the ballots from the drop box, which shall include the date, time, location and number of ballots,” the rule states.

“The ballots from the drop box shall be immediately transported to the county registrar and processed and stored in the same manner as absentee ballots returned by mail are processed and stored,” the rule continues [emphasis added]. “The county registrar or a designee thereof shall sign the ballot transfer form upon receipt of the ballots from the collection team.”

Another 15,713 absentee ballots had no documented “time of transfer,” i.e, the time the county registrar received them, per the outlet’s analysis.

DeKalb, a deeply blue county in Atlanta Metro and the fourth most populous county in Georgia, voted 83 percent to 16 percent in favor of Biden, a difference of 249,854 votes, per the state’s results.

Though DeKalb tilted heavily toward Biden, Biden’s overall win on a razor-thin margin in the historically red state, followed by a pair of stunning Democrat wins in Senate runoff races in January, made Georgia one of the most relevant battleground states in the months after the elections. The election upsets paired with voting laws that had been loosened in the name of coronavirus contributed to election integrity becoming a top issue in the Peach State.

Concerns about election integrity and Secretary of State Brad Raffensperger’s (R) general handling of the new election procedures were continuously reinforced by then-President Trump, who persistently claimed the Georgia election results, as well as the results in a handful of other battleground states, were impacted by fraud and negligence. 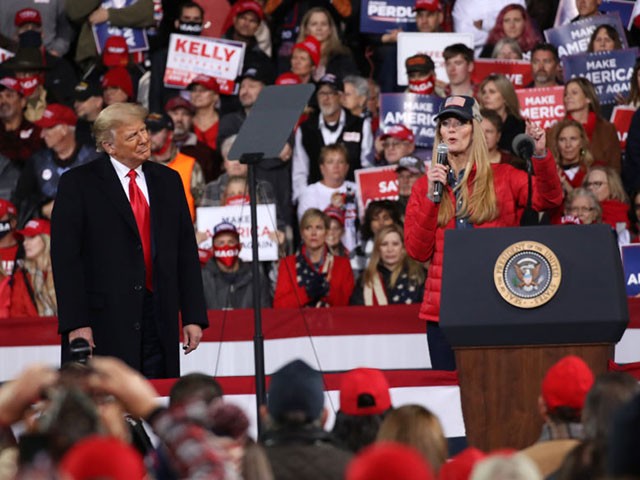 The former president shared the Star News’s analysis Monday in a statement, suggesting it was a smoking gun.

“Georgia has been caught,” Trump wrote. “What are [Gov. Brian] Kemp and Raffensperger going to do about it? Or will they sweep it under the table like they have done everything else trying to claim they had an honest election with everybody laughing as they speak.”

Although a large portion of the forms either lacked punctual delivery or were incomplete, the revelation does not prove any occurrence of fraud. It could, however, demonstrate a violation of the state’s election rules.

The Star News’s report comes after the outlet has struggled since its initial Open Record Requests in December to obtain complete absentee ballot transfer forms for the 123 counties in Georgia that used drop boxes in 2020.

The outlet reported Monday that the secretary of state’s office last week — nine months after the Star News’s initial requests — provided what the office said is county-level chain of custody documentation.

The Star News, which has also identified issues in Fulton and Cobb Counties that are similar to those of DeKalb’s, stated it “has just begun to analyze” the latest documents it received from the secretary of state.