“Have you noticed how strikingly similar both the mindsets and actions are between the suicide bombers at Kabul’s airport, and the anti-mask and anti-vax people here?” Duncan said in a Sunday tweet, comparing those who value the freedom to make medical decisions for themselves to violent terrorists.

“They both blow themselves up, inflict harm on those around them, and are convinced they are fighting for freedom,” he continued, drawing significant backlash:

Have you noticed how strikingly similar both the mindsets and actions are between the suicide bombers at Kabul’s airport, and the anti-mask and anti-vax people here?
They both blow themselves up, inflict harm on those around them, and are convinced they are fighting for freedom.

Notably, Duncan is a managing partner of the Emerson Collective (EC), which Laurene Powell Jobs —  a liberal puppet master behind numerous left-wing causes — founded and where she currently serves as president. Forbes describes the Emerson Collective as “a hybrid philanthropic and investing limited liability company” which Marlow noted serves as a “pretty murky description.” 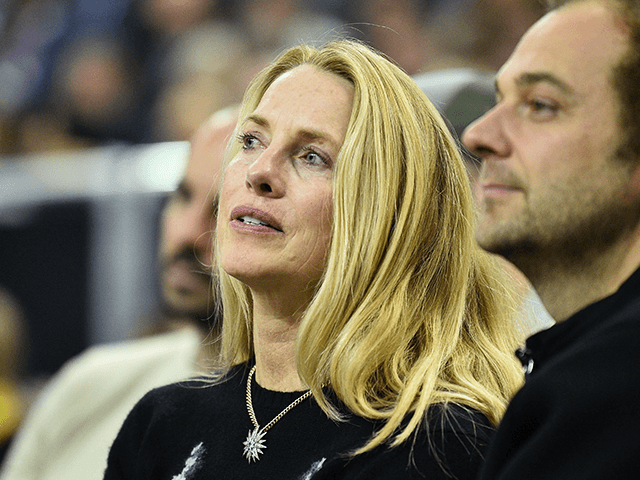 As Marlow detailed on Breitbart News:

EC functions primarily as a private business owned by Jobs’s personal trust. This shields it from IRS disclosure rules and allows it to more freely engage in political activity.

It’s sly and devious, but considering how many media outlets are aligned with Jobs either financially or ideologically, it’s no surprise that little reporting has been done on these connections.

After all, if you’re in media, she might be your boss one day. Maybe she already is.

Notably, Emerson Collective also owns the far-left Atlantic, which this month published a piece urging the Biden administration to put unvaccinated individuals on a no-fly list. The author, Juliette Kayyem, a former assistant secretary for homeland security under Obama, described it as “an obvious step that the federal government should take,” noting TSA already has protocols to “divide passengers into categories according to how much of a threat the government thinks they pose”:

Flying is not a right, and the case for restricting it to vaccinated people is straightforward: The federal government is the sole entity that can regulate the terms and conditions of airline safety. And although air-filtration systems and mask requirements make transmission of the coronavirus unlikely during any given passenger flight, infected people can spread it when they leave the airport and take off their mask. The whole point of international-travel bans is to curb infections in the destination country; to protect itself, the United States still has many such restrictions in place. Beyond limiting the virus’s flow from hot spots to the rest of the country, allowing only vaccinated people on domestic flights will change minds, too.

"At this stage of the pandemic, tougher universal restrictions are not the solution to continuing viral spread. While flying, vaccinated people should no longer carry the burden for unvaccinated people," @juliettekayyem writes: https://t.co/Fa90ksvdl7

Jobs’ publication suggested Americans “still have a choice to go unvaccinated” but that choice “means giving up on certain societal benefits.” This rule would not directly affect Jobs, who is estimated to have a net worth of $21.7 billion, as she has two private jets, giving her the ability to skirt commercial security.

Duncan’s connections, however, go even deeper than Jobs alone. He became involved with Ariel investments after his tenure in the Obama administration. Ariel is owned by John W. Rogers Jr., whom Breaking the News described as a “close associate of the Obamas”:

In April 2018, John W. Rogers Jr. was elected to a board seat. A childhood friend of Craig Robinson, Michelle Obama’s older brother, Rogers is a close associate of the Obamas. He became an early supporter of Barack Obama’s political career and has been an insider ever since, even allowing Obama’s transition team to use the offices of his firm, Ariel Investments. Following their tenure in government, Valerie Jarrett and Arne Duncan, both members of the Obamas’ inner circle, joined Ariel.

As of Monday morning, Duncan had not backtracked on his egregious comparison, likening those who are exercising their freedom to make health decisions in the U.S. to the terrorists who murdered over 100 people, including 13 U.S. servicemembers, at the Kabul airport last week.