The letter, addressed to DHS Secretary Alejandro Mayorkas and delivered last week, rebuked Mayorkas for the “flouting of our immigration laws.”

“While Floridians are working to ensure that criminal aliens are not released back into our communities, the Department of Homeland Security (DHS) appears to be hard at work resettling ever larger numbers of illegal aliens who have no lawful status under federal immigration law from the southwest border to Florida,” DeSantis wrote in the letter.

“I ask that DHS immediately cease any further resettlement of illegal aliens in Florida and that the aliens instead be removed from the United States or resettled in states that support the administration’s continued flouting of our immigration laws,” DeSantis wrote.

“The Constitution charges the president with the duty to faithfully execute the laws, and with respect to immigration enforcement, the federal government, with the Supreme Court’s blessing, has assumed near exclusive responsibility,” DeSantis wrote. “Unfortunately, President Biden and this administration refuse to fulfill their responsibility to enforce immigration laws enacted by Congress.”

“It is clear that the crisis at the border is entirely of this administration’s own making,” DeSantis wrote: 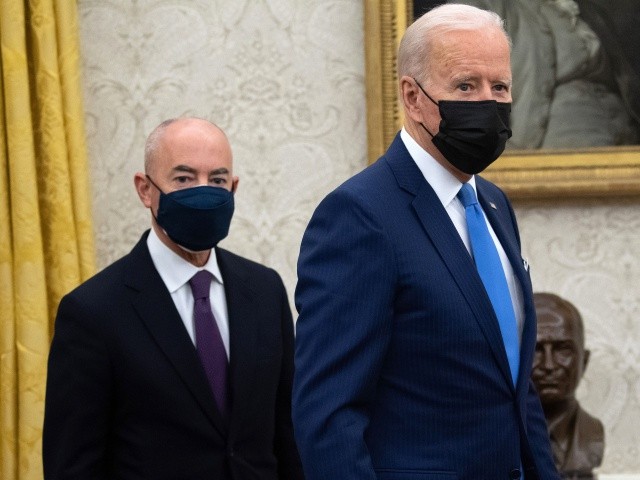 “Floridians welcome responsible immigration that serves the interests of Florida and the American people, but we cannot abide the lawlessness that your department is aiding and abetting on the southwest border,” DeSantis wrote: 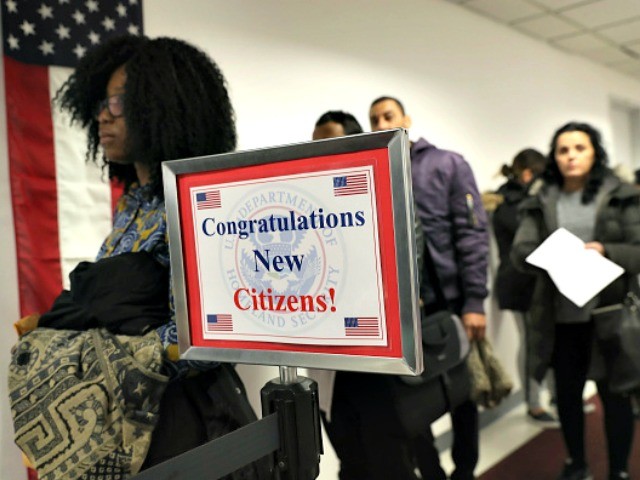 Immigrants wait in line to become U.S. citizens at a naturalization ceremony on February 2, 2018 in New York City. U.S. Citizenship and Immigration Services (USCIS) swore in 128 immigrants from 42 different countries during the ceremony at the downtown Manhattan Federal Building (Photo by John Moore/Getty Images). 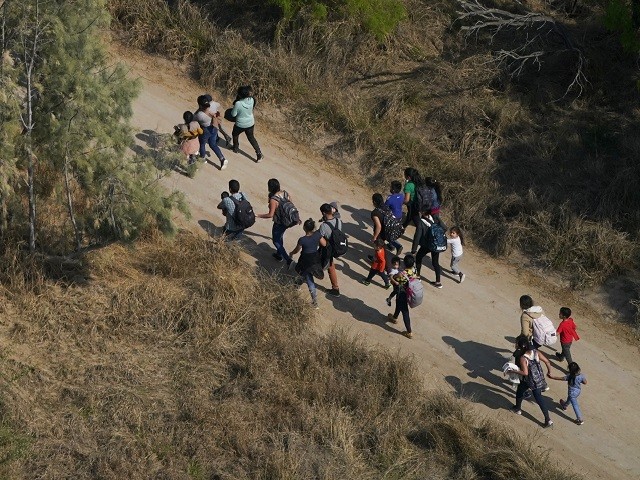 Migrants walk on a dirt road after crossing the U.S.-Mexico border, Tuesday, March 23, 2021, in Mission, Texas. A surge of migrants on the Southwest border has the Biden administration on the defensive. The head of Homeland Security acknowledged the severity of the problem but insisted it’s under control and said he won’t revive a Trump-era practice of immediately expelling teens and children (AP Photo/Julio Cortez).

Fox News reported on the growing crisis at the U.S. border with Mexico:

More than 212,000 migrants were encountered at the border in July. While about 95,000, mostly single adults, were removed via Title 42 public health protections, the Biden administration is not removing unaccompanied children or some migrant families under the Trump-era order.

The Florida governor cited Border Patrol statistics that 59,691 immigrants were issued either a notice to appear in court or an order of recognizance in July alone, and that as of June, 6,254 unaccompanied children had been released to sponsors in Florida this fiscal year.

A DHS spokesperson told Fox News in a statement that DHS policy remains that single adults and families are removed under Title 42. Those who Mexico will not take are transported to an ICE facility are released with either a notice to appear or a notice to report at an ICE office.

“As part of the process, Border Patrol agents collect biometric and biographic information – fingerprints, photos, phone numbers, and an address in the United States – and run a background check to identify criminals or those who pose a public safety risk,” the spokesperson said.

DeSantis’s letter also asks for more information on aliens who have been sent to Florida, including coronavirus testing and vaccination status.