After a series of delays and theatrics by Democratic lawmakers, the Texas House finally approved its much-maligned voter integrity bill on Thursday.

According to the Washington Post, election bill SB1 passed 79-37 along party lines after 12 hours of debate in which the Democrats accused Republicans of restricting voter rights. The Post reported:

The Texas bill restricts methods of voting, tightens the rules around mail ballots, empowers partisan poll-watchers and creates new rules and penalties for mistakes by election officials and people helping others vote. The measure also outlaws drive-through and 24-hour voting, which were successfully implemented — and widely embraced — in Harris County last year as pandemic-era voting alternatives.

Republicans have argued the bill will actually expand voting and lessen the possibilities for voter fraud. Prior to the vote, Texas Rep. Andrew Murr (R) argued that the bill contains bi-partisan language and “demonstrates that all viewpoints have been and are being considered, regardless of party affiliation.” He also asserted that the bill will make elections “uniform and consistent throughout this state to reduce the likelihood of fraud … protect the secrecy of the ballot, promote voter access, and ensure that all legally cast ballots are counted.” 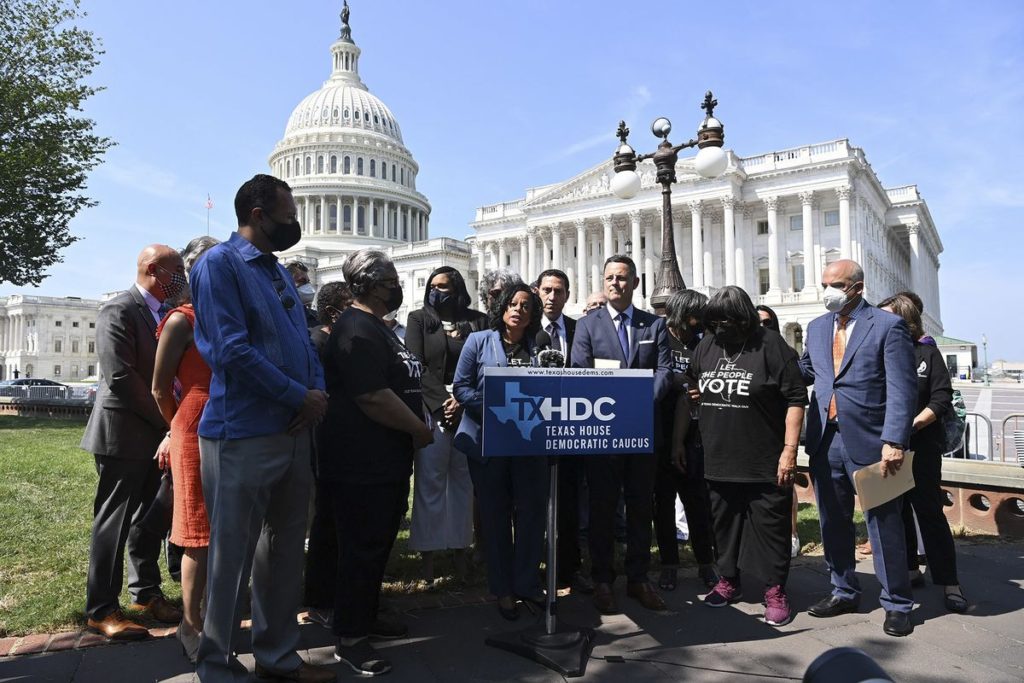 The vote on Thursday occurred after 60 members of the Texas state legislature fled the Lone Star state for Washington, DC, breaking a necessary quorum for over a month. Their plan to run out the clock on a special session called by Gov. Greg Abbott (R) was later thwarted when the Texas Supreme Court “overturned an earlier ruling that said Abbott and [Texas House Speaker Dade] Phelan did not have the authority to arrest the missing legislators,” according to Agence France-Presse (AFP). After Phelan signed the arrest warrants for the fugitive Democrats, lawmakers slowly poured into the state of Texas before the special session could conclude on September 5.

When it comes to protecting our right to vote, all cards are on the table. We broke #quorum again today because the Gov & #txlege Repubs chose to bully Texans out of our constitutional rights instead of finding solutions to problems that really exist. #SuppressionSession #DemsOut https://t.co/muMdHLSy9F pic.twitter.com/9UbJnB8ehW

As debates unfolded on Thursday, Texas Democrats liberally accused their Republican colleagues of enacting racist legislation that will restrict the voting rights of people of color.

“Intentional discrimination of people of a certain race, is that racism?” state Rep. Gina Hinojosa (D) cried out on the Texas House floor.

“We can talk about racial impacts of this legislation without accusing members of this body of being racist,” Phelan responded.

“I’m sorry that some people get triggered when you talk about intentional discrimination,” said Democratic state Rep. Rafael Anchía. “If this isn’t about expanding access to the franchise, if it’s not about the very, already very low incidence of fraud and where you’re not advised of any examples. If it’s not about the secrecy of the ballot box because no voter has complained, well, my inference is well, it may be about the same stuff those other bills were about.”