Public comment on the ATF’s proposed AR-pistol rule changes is nearing a close, and the Second Amendment Foundation is warning Americans to beware of President Biden’s regulatory gun control.

On June 7, 2021, Breitbart News noted that the Department of Justice’s ATF was propagating a new rule for AR-pistols with stabilizer braces. The rule would mean AR-pistols with certain stabilizers would be brought under the purview of the National Firearms Act (NFA), thereby requiring the purchasers of said pistols to be fingerprinted and photographed, to undergo an extensive background check, to register their pistols with the ATF, and to pay $200 to the federal government in taxes. (That is a $200 per AR-pistol requirement, rather than a one-time $200 fee.)

The Second Amendment Foundation pointed out that the ATF approved the sale of stabilizer braces in 2012, in part because of the benefit wounded combat veterans received from the devices: 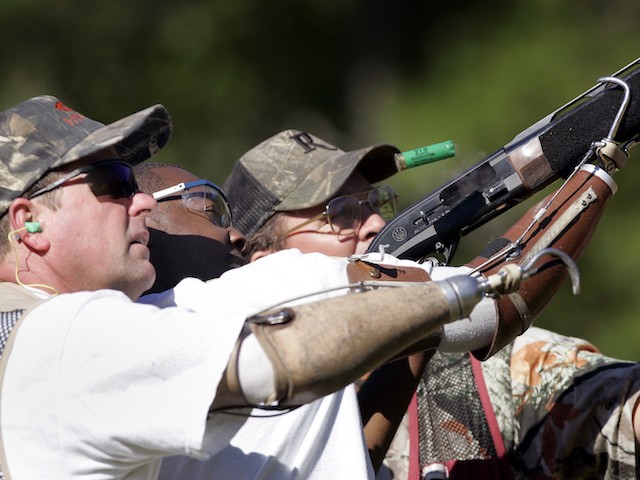 Rep. Richard Hudson (R-NC) has been fighting the proposed rule by suggesting the braces are so important to wounded combat veterans that taxing them is the equivalent of taxing the veterans themselves.

The ATF has repeatedly stated, “the brace concept was inspired by the needs of disabled combat veterans who still enjoy recreational shooting but could not reliably control heavy pistols without assistance. Consequently, ATF agrees that there are legitimate uses for certain ‘stabilizing braces.’” If this is the stance of the ATF, then…[the proposed AR-pistol rule] is not an attempt to curb gun violence as suggested by this proposed guidance, but a direct tax on disabled combat veterans.

The Second Amendment Foundation is warning that the ATF’s approach to regulating AR-pistol braces under the auspices of the NFA is dangerous because it represents the enactment of new gun control in regulatory fashion instead of the legislative route.

ATF does not have the authority to impose NFA control on stabilizing braces and its proposed rule will threaten over a million citizens with prison, harsh fines, forfeiture of firearms, and the loss of the right to own or possess firearms should they fail to comply with ATF’s policy change.  The NFA was not amended for these changes.  No new laws were passed.  Instead, ATF decided to change the scope of the NFA on its own, imposing significant burdens on core constitutional rights of over a million law-abiding citizens.

The period for public comment on the ATF’s proposed rule is open through September 8, 2021.