Ukrainian Deputy Foreign Minister Yevhen Yenin seems to have used the word “hijacked” to refer, perhaps hyperbolically, to non-Ukrainian citizens who may have snuck onto the Ukrainian plane in question. An account of the incident given by Yenin to Ukrainian media outlets, and quoted by Hromadske on August 24, supports this interpretation.

“We made the first evacuation flight from Sunday to Monday. When our passengers came on the flight, other people were sitting in their seats. The plane was actually hijacked, in particular by people with weapons, who, simply hiding from the horrors of war, tried to leave the territory of Afghanistan in any way,” Yenin said according to Hromadske.

Nikolenko’s statement to Hromadske on Tuesday further suggests Yenin simply exaggerated his account of the Ukrainian flight from Kabul to Kyiv. The Ukrainian Foreign Ministry spokesman highlighted the fact that many people, especially Afghans, have attempted to hitch a ride on other countries’ evacuation planes in an effort to unofficially flee Afghanistan.

“We have to understand that the situation at the airport is close to chaos, many people are trying to catch at least some opportunity to leave the country,” Nikolenko said on August 24. 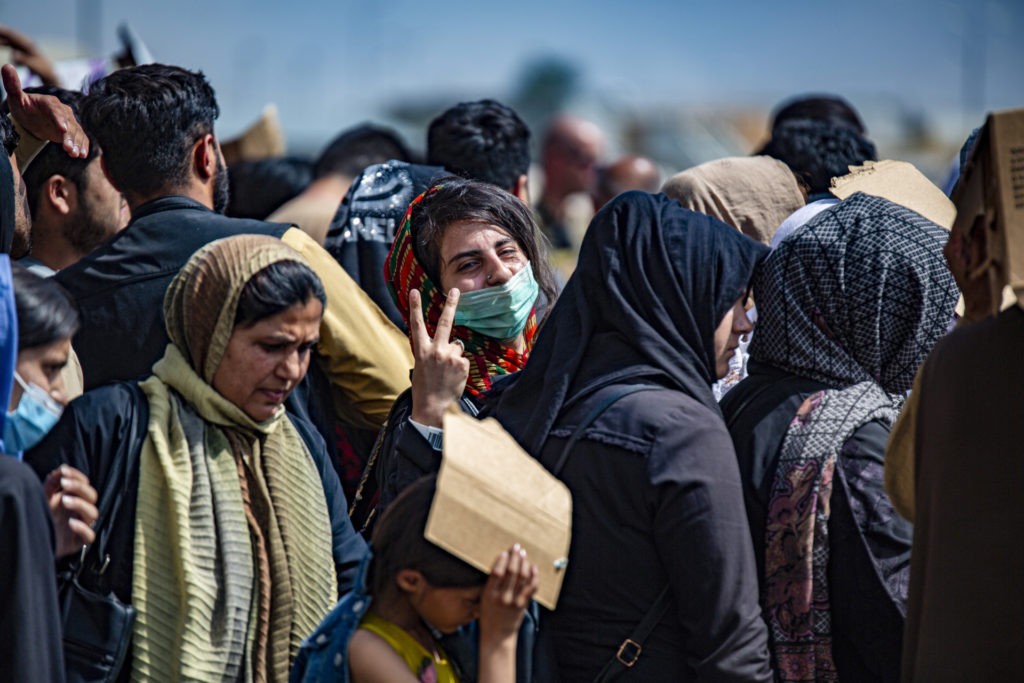 In this image provided by the U.S. Marines, an evacuee gestures after being manifested for a flight at Hamid Karzai International Airport, in Kabul Afghanistan, Thursday, Aug. 19, 2021. (1st Lt. Mark Andries/U.S. Marine Corps via AP)

The U.K.’s Guardian newspaper noted on Tuesday that Yenin’s account of the incident was confusing beyond just its wording, as he failed to specify on which exact dates the flight occurred.

“It was not immediately clear whether Yenin meant the incident occurred on 15 August, as the Taliban entered Kabul, or on 22 August, and why there was a two-day gap between the hijacking and flight,” the newspaper observed.

“FlightRadar data shows that a Ukrainian plane previously leased to the private Afghan airline Kam Air flew from Kabul to Mashhad [Iran] on Monday, not Tuesday as Yenin said. Later on Monday, the plane flew from Mashhad to Kyiv, Flightradar data showed,” the Guardian reported on August 24. The newspaper ironically failed to provide exact dates for the “Monday” and “Tuesday” referenced in the FlightRadar data.

Iran’s Civil Aviation Authority on August 24 also denied that Iranians or any other people had “hijacked” a Ukrainian plane in recent days and flown it to Iran. The aviation authority said a Kyiv-bound aircraft “refueled in the Iranian city of Mashhad during its journey from Kabul to the Ukrainian capital,” supporting the FlightRadar data cited by the Guardian. 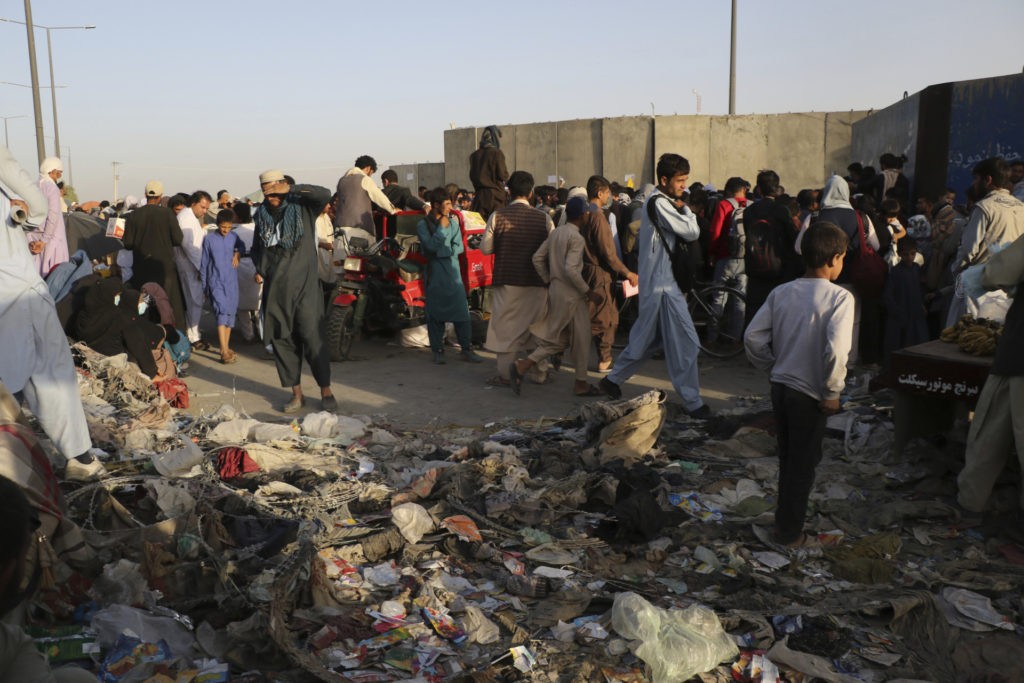 A unit of Iran’s Islamic Revolutionary Guards Corps shot down a Ukraine International Airlines flight in January 2020 shortly after it took off from Tehran, killing all 176 people onboard the plane. The incident may have contributed to the media frenzy about Yenin’s “hijacking” comments this week.

Several countries have been working to evacuate their citizens from Kabul since August 15, when the Taliban terror group seized control of the capital and deposed the city’s U.S.-backed government. The ouster plunged Kabul into chaos and thousands of people, including Afghans and foreign nationals, have thronged Hamid Karzai International Airport for the past week in a desperate attempt to flee the city as it faces impending Taliban rule.

The jihadist group has repeatedly attacked the crowds of people trying to enter Kabul’s airport, killing an unknown number of them. At least 20 people have died near or around the airport since August 15, either by Taliban bullets or in stampedes.