Afghans who work for the Times and their families touched down at Benito Juárez International Airport in Mexico City on Wednesday rather than in New York or Washington, DC. Mexican foreign minister Marcelo Ebrard was able to help 24 families escape Kabul after Azam Ahmed, a former chief of the Times’s Kabul and Mexico bureaus, reached out to him asking for help, the New York Times reported. 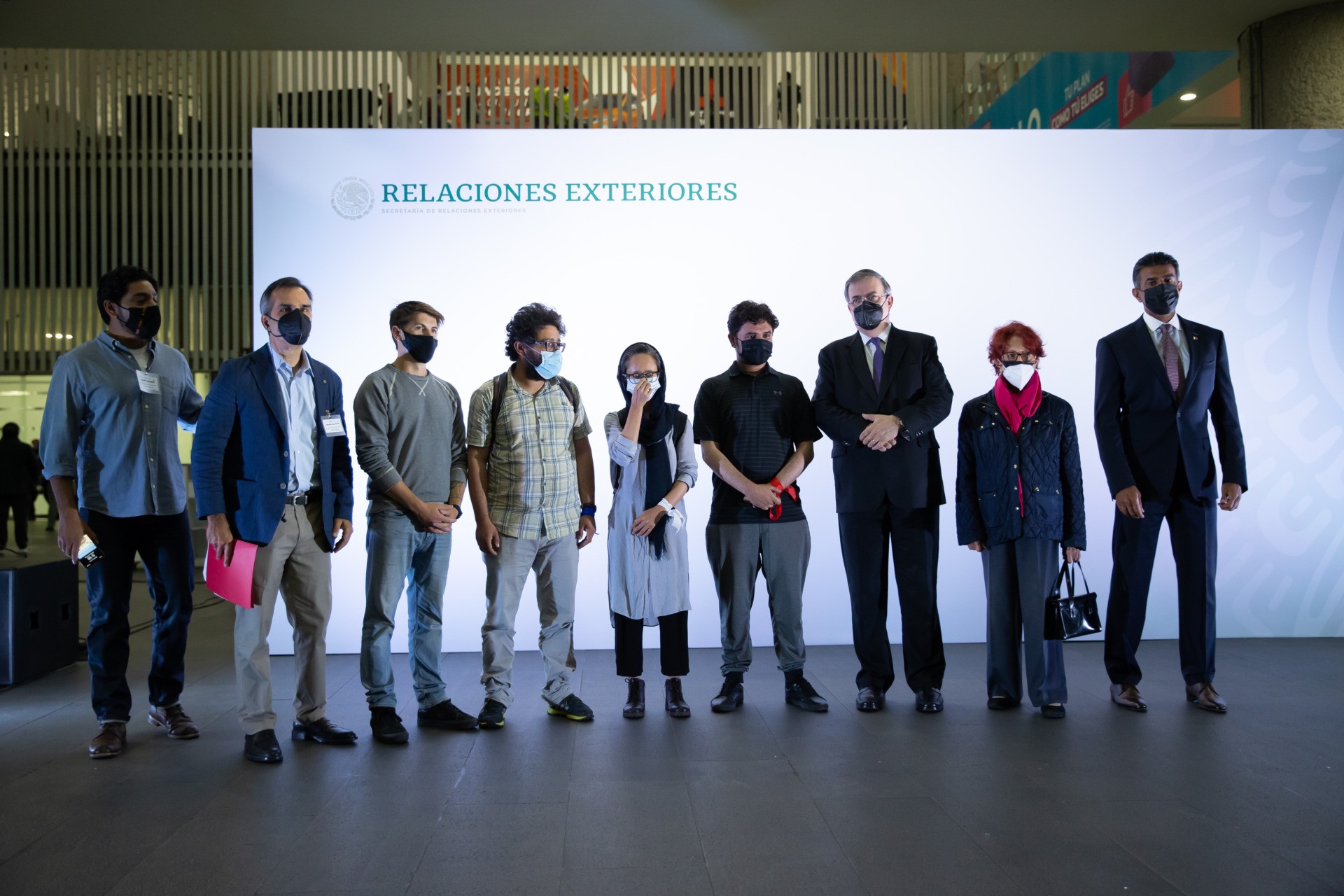 Marcelo Ebrard, Secretary of Foreign Affairs and Mohammed Alkuwari, Qatari Ambassador to Mexico pose with a group of journalists from Afghanistan, who will receive humanitarian asylum in Mexico. (Hector Vivas/Getty Images).

“We looked at this request not as foreign policy between Mexico and the U.S.,” Ebrard told the Times. “Instead, it’s a common position between someone who was a New York Times reporter in Kabul several years ago and myself, who was in the position to make some decisions.”

Mexican officials, unlike their counterparts in the United States, were able to cut through the red tape of their immigration system to quickly provide documents that, in turn, allowed the Afghans to fly from Kabul’s embattled airport to Doha, Qatar. The documents promised that the Afghans would receive temporary humanitarian protection in Mexico while they explored further options in the United States or elsewhere.

Ebrard told the Times said the Mexican government planning to extend similar protections to other journalists and women in Afghanistan who are in danger. The Times said details of the Afghans’ travel to Mexico was kept a secret by the organization “in part for fear of flooding the narrow channels of escape.” After the agreement was reached with Mexico, Mexican officials reportedly “extended its invitation to the Wall Street Journal and the Washington Post.” 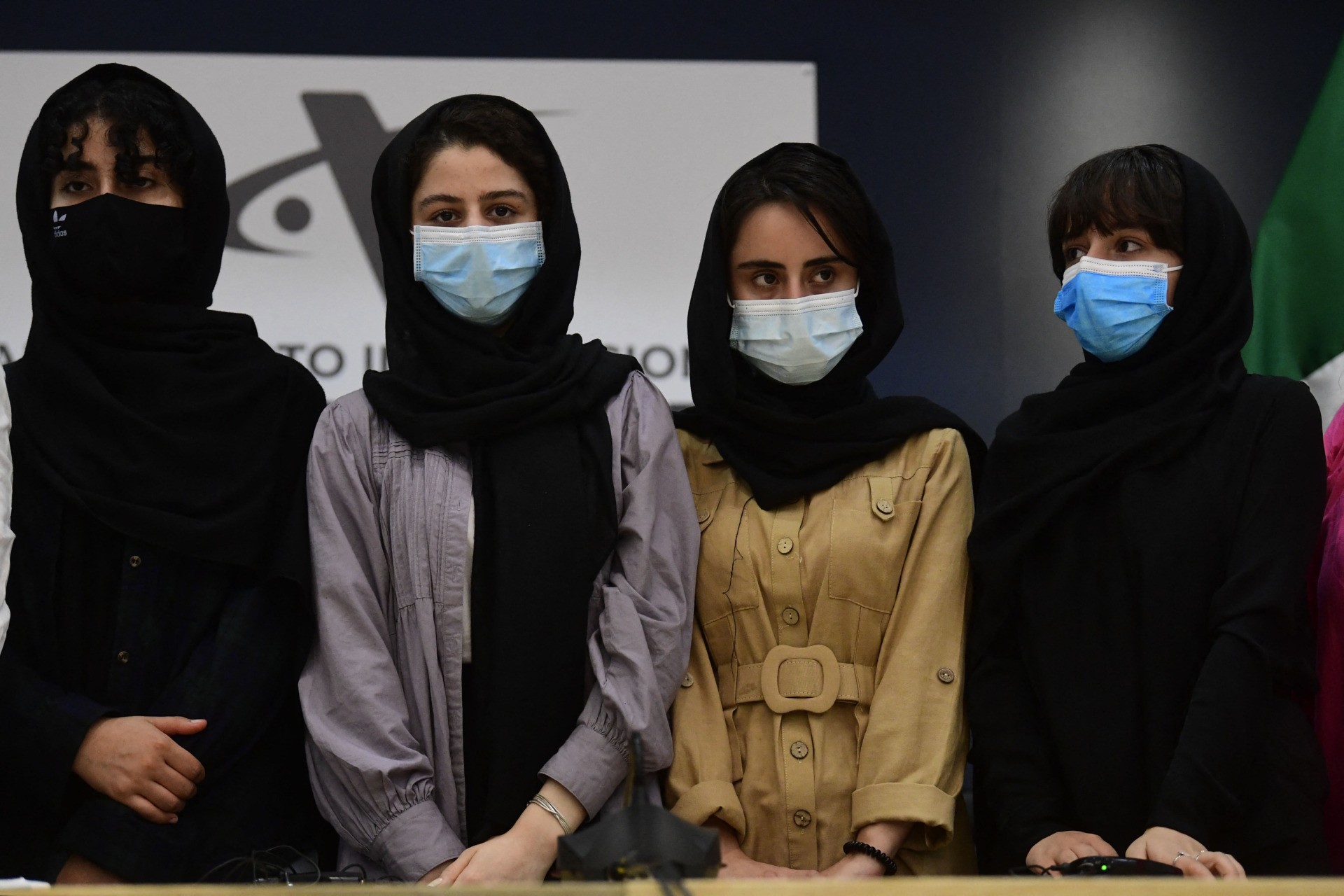 Four Afghan women, members of the Afghanistan Robotic team, pose for a picture during their arrival to Mexico after asking for refuge, at the Benito Juarez International Airport in Mexico City. (PEDRO PARDO/AFP via Getty Images).

“The editor in chief of The Journal, Matt Murray, said the paper planned to send its team, now in Qatar and Ukraine, on to Mexico. A spokeswoman for The Post declined to comment on its plans,” according to the report.

A Washington Post reporter revealed Monday however, that British troops, not the U.S., helped her and her Afghan coworkers flee Afghanistan, Daily Mail reported.

Publisher of the Times A. G. Sulzberger said he in an email that he is grateful for the Mexican government’s generosity, though he insisted their help would not color future coverage of Mexico.

“Their assistance has been invaluable in getting our Afghan colleagues and their families out of harm’s way,” he said in part.

A U.S. official told the publication that many Afghan journalists are still trapped behind enemy lines and are unable to travel to the Kabul airport, “including most of the staff of the U.S.-government operated Voice of America and Radio Azadi.”

After the Central Intelligence negotiated with Taliban terrorists Monday, Biden decided to stick to the August 31 deadline for pulling American troops out of Afghanistan. Against the wishes of other world leaders, the Biden Administration caved to Taliban threats and is poised to potentially leave thousands of Americans and Afghan allies stranded in the country. On Monday, House Intelligence Committee Chair Rep. Adam Schiff (D-CA) said it is “very unlikely”  everyone will be evacuated by August 31 due to overwhelming numbers.

Last week, the White House said 11,000 Americans were in Afghanistan, and according to the Pentagon on Wednesday, only 4,400 Americans have been extracted. A leaked State Department cable reported by Politico on Tuesday said 26,582 people total have been flown out of Afghanistan, including 21,533 Afghans as of August 23.