The World Health Organization (W.H.O.) is preparing new policy guidance on what it terms “safe abortion,” one that will likely be used as a primary tool to pressure countries to rescind their pro-life laws and remove protections for healthcare professionals who object to performing abortions. 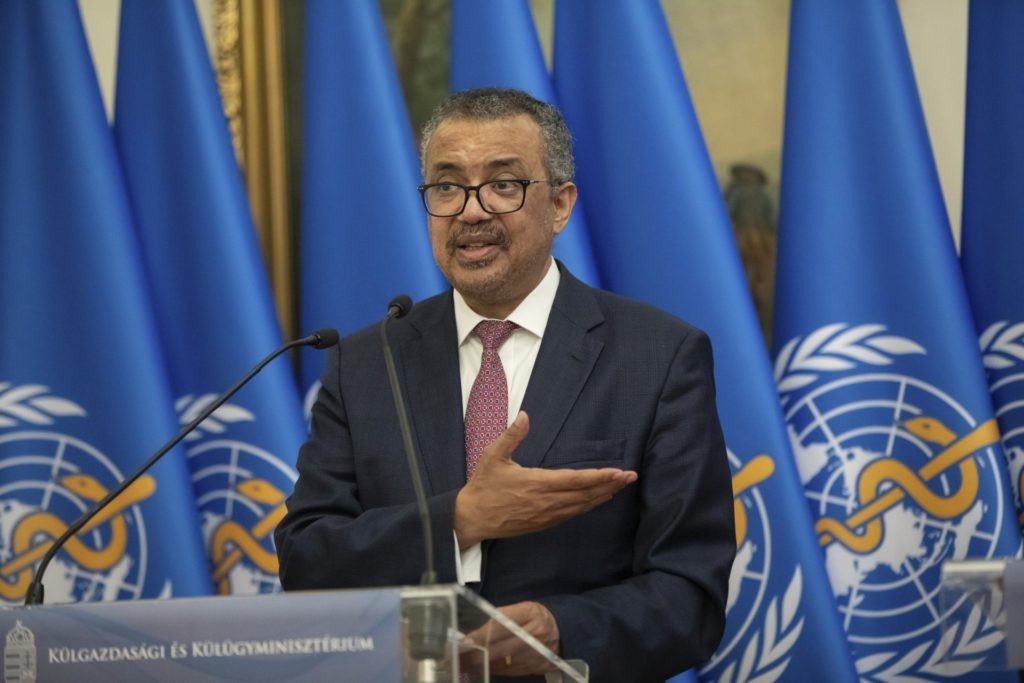 Director-General of the World Health Organization Tedros Adhanom Ghebreyesus, left, speaks during a joint press conference with Hungarian Minister of Foreign Affairs and Trade Peter Szijjarto after their talks in the ministry in Budapest, Hungary, Monday, Aug. 23, 2021. (Balazs Mohai/MTI via AP)

The paper was commissioned as part of WHO’s process of updating its 2012 guidance on “safe abortion,” which was notable for promoting as “safe” methods of abortion in developing regions that would be unacceptable in more developed countries. This trend in WHO guidance has only increased in recent years, from delegating the provision of abortion to lower-tier health workers to promoting abortion as a “self-care” intervention without involving health professionals at all.

In July, W.H.O. announced during the Generation Equality Forum, held in Paris, its commitment to gender equality and “the empowerment of women and girls in all their diversity.”

.@HillaryClinton at the #GenerationEquality Forum in Paris, the largest gathering of advocates for gender equality since Beijing in 1995.
"Rights without power are of little use. Institutions must work so that the young women of the next generations are strong and focused." pic.twitter.com/rcOvOO5oC8

Among W.H.O.’s declared priorities were “advancing sexual and reproductive health and rights,” and “supporting health workers as well as feminist movements and leadership.”

The organization stated as well:

WHO also committed to investing in the evidence base for sexual and reproductive health and rights, including delivering comprehensive sexuality education outside school settings; improving access to quality and rights-based family planning in 14 middle-income countries; supporting 25 countries in increasing adolescents’ access to and use of contraception; disseminating updated guidelines on safe abortion; and building knowledge among adolescents of their entitlements and ability to advocate for their needs.

Oas also reported that three international pro-abortion groups have formed a new “feminist alliance” that has aligned itself with “woke” culture to create a significant impact on pro-life laws in the U.S., where the Trump administration worked to defeat the agenda of the abortion industry and its allies in the political sphere.

International Planned Parenthood Federation Western Hemisphere Region (IPPFWHR), the Center for Health and Gender Equity (CHANGE), and the International Women’s Health Coalition (IWHC) are working to advance “an international right to abortion, as well as controversial social issues like LGBTQ rights and “comprehensive sexuality education” around the world,” Oas wrote.

In October 2020, the Trump administration led a 32-nation signing ceremony of a declaration that affirmed there is no international right to abortion – an assertion W.H.O. vocally opposes.

Former Secretary of State Mike Pompeo and Secretary of Health & Human Services Alex Azar of the Trump administration led the signing of the Geneva Consensus Declaration along with the governments of Brazil, Egypt, Hungary, Indonesia, and Uganda.

The declaration served as a rebuke to the pro-abortion rights agenda of both the U.N. and W.H.O., stating the nations joined to promote women’s health as well as the “strength of the family and of a successful and flourishing society.”

The governments also affirmed “the essential priority of protecting the right to life.”

The nations that signed onto the declaration, which represent 1.6 billion people, also reaffirmed “‘all are equal before the law,’” and that “human rights of women are an inalienable, integral, and indivisible part of all human rights and fundamental freedoms.” 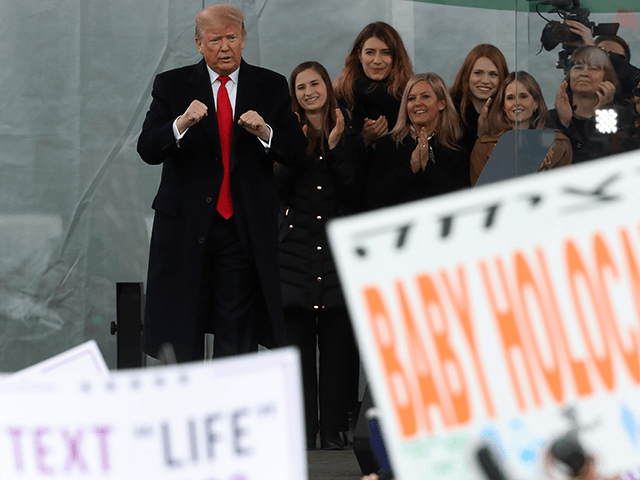 The governments declared “the inherent ‘dignity and worth of the human person,’ that ‘every human being has the inherent right to life,’ and the commitment ‘to enable women to go safely through pregnancy and childbirth and provide couples with the best chance of having a healthy infant.’”

“[I]n no case should abortion be promoted as a method of family planning,” the declaration stressed, adding that “the family is the natural and fundamental group unit of society and is entitled to protection by society and the State.”

The governments also asserted that “women and girls must enjoy equal access to quality education, economic resources, and political participation,” as well as equal access to employment and decision-making. 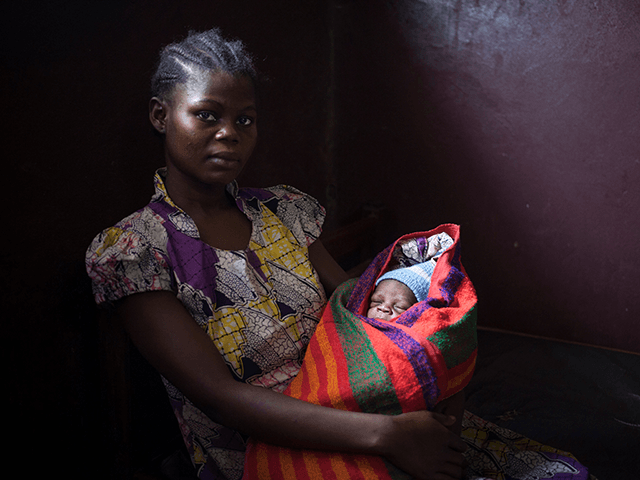 Caroline poses with her newborn in Boali on February 13, 2018 as she waits for a motorcycle taxi to return home, 3km away, after giving birth the previous day. – In Central Africa, one in 24 children dies during its first month of life, the second worst neonatal death rate in the world, according to a report released by UNICEF. (Photo by FLORENT VERGNES/AFP via Getty Images)

In August 2019, Pompeo and Azar sent a joint letter inviting other world leaders to stand with the United States in defending life against the efforts within the U.N. to create an international right to abortion on demand.

In their letter, the Trump administration officials asked other governments to join with the U.S. “in ensuring that every sovereign state has the ability to determine the best way to protect the unborn and defend the family as the foundational unit of society vital to children thriving and leading healthy lives.”

“[P]lease encourage other countries in your region to join this growing coalition to push back against harmful efforts to interpret long-standing international instruments as requiring anti-family and pro-abortion policies,” Pompeo and Azar wrote to the other world leaders, “and to promote proactively positions that will protect families and strengthen the health of all people.”