Democrats have started receiving calls from the Democrat campaign arm, warning congressional members of being financially “cut off” if they oppose the so-called infrastructure plan, Politico reported, according to two people familiar with the conversations.

Democrat leaders in the House have been working to persuade members to vote in favor of the bill. The Democrat Congressional Campaign Committee (DCCC) even held a ritzy wine fundraiser in Napa, California, to convince some Democrats to vote for the swampy agenda.

It is possible the committee allegedly started using these threats since the Democrats’ wafer-thin majority means House Speaker Nancy Pelosi (D-CA) can only lose a handful of votes if she hopes to pass anything, potentially putting all of President Joe Biden’s agenda in jeopardy, not just so-called infrastructure.

The DCCC’s counterpart, the National Republican Congressional Committee (NRCC), in a press release, stated what could be a problem for the Democrats, “Those vulnerable Democrats will also lose if they support a bill that will cause prices to rise, even more, implement massive tax hikes, and grant amnesty to millions of illegal immigrants.”

According to the report, DCCC Chair Sean Patrick Maloney (D-NY) used his time in the past days to make some of the calls himself, allegedly warning that the party’s wafer-thin majority is at stake if “they derail Biden’s broader spending priorities.” 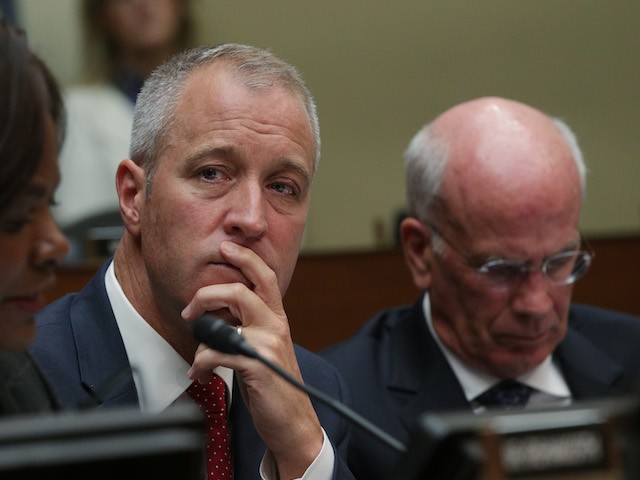 Politico spoke to an anonymous source from the DCCC, who claimed, “At no point did the chairman or others threaten resources.” However, the staffer did not want to go on record since the “calls were private.” The person allegedly added that the campaign committee is “not shy about telling anyone that we think passing Biden’s agenda is critical to our success.”

The report added other leadership members such as House Majority Leader Steny Hoyer (D-MD) and some legislative affairs officials from the White House have been making calls to Democrat lawmakers, but noted Biden has yet to make calls. 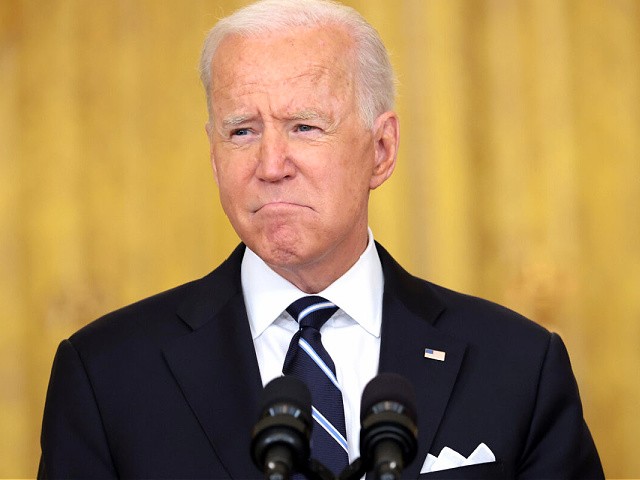 President Joe Biden pauses as he delivers remarks on the COVID-19 response and the vaccination program in the East Room of the White House on August 18, 2021, in Washington, DC. (Anna Moneymaker/Getty Images)

A group of Democrats led by Rep. Josh Gottheimer (D-NJ) tripled down in an op-ed that claimed Pelosi is holding the so-called bipartisan infrastructure bill as “leverage” so she can pass the Democrats’ pork-filled $3.5 trillion bill.

“We are firmly opposed to holding the president’s infrastructure legislation hostage to reconciliation, risking its passage and the bipartisan support behind it,” they wrote.