President Joe Biden will use an address to the nation on Sunday afternoon to provide updates on the administration’s evacuation efforts in Afghanistan as scenes of chaos and despair at Kabul airport continue to define his response to the crisis.

Biden’s speech is expected to be televised at 4 p.m., The Hill reported.

The address was announced late Saturday night, hours after Biden met with his national security advisers regarding the Afghanistan crisis which has engulfed his administration and drawn in U.S. allies from around the globe. 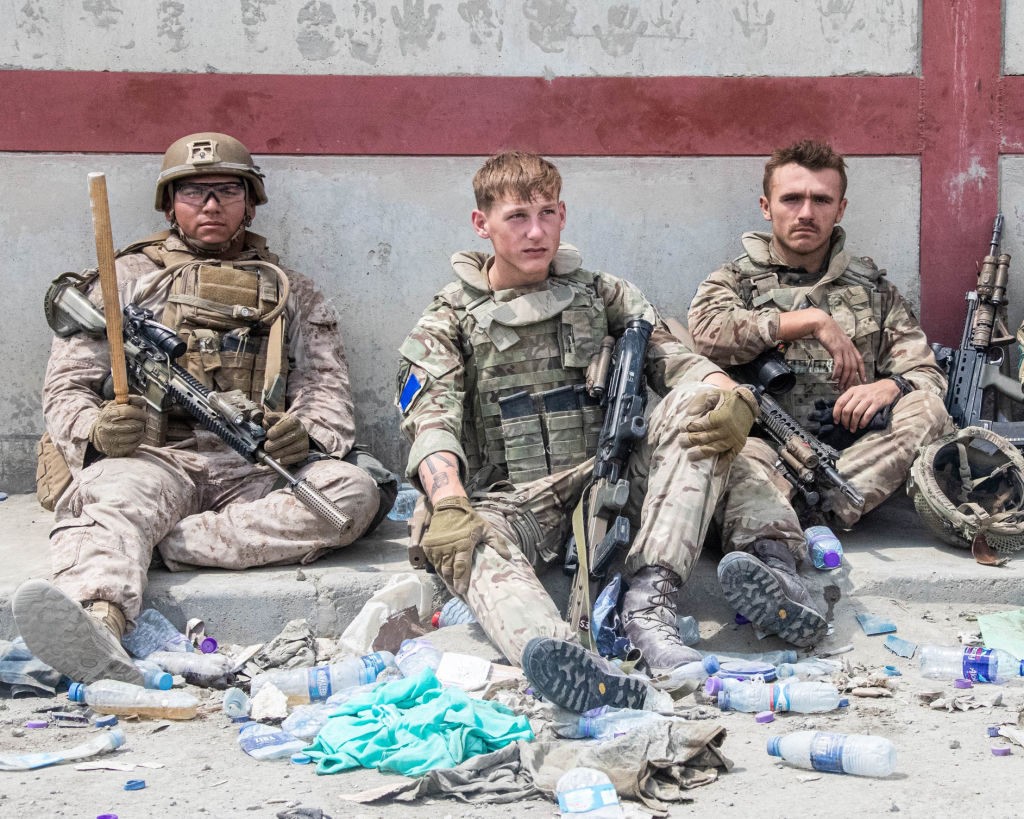 Members of the British armed forces take a break from work with the U.S. military seeking to evacuate eligible civilians and their families out of Afghanistan on August 21, 2021 in Kabul. (MoD Crown Copyright via Getty Images) 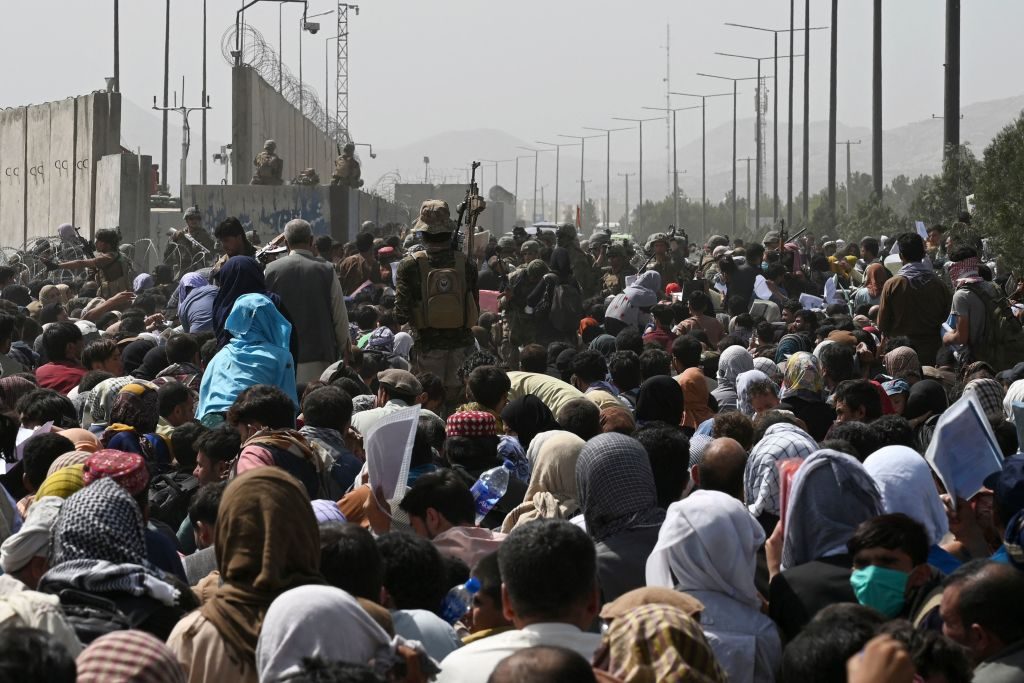 Afghans gather on a roadside near the military part of the airport in Kabul hoping to flee from the country after the Taliban’s military takeover of Afghanistan. (WAKIL KOHSAR/AFP via Getty Images)

On Saturday afternoon the White House posted a photo on Twitter that sought to show the president’s level of engagement in the crisis.

It showed Biden meeting with Defense Secretary Lloyd Austin, Army Gen. Mark Milley, chairman of the Joint Chiefs of Staff, and others earlier in the day.

It was an in-person meeting, with Biden’s advisers gathered at a table with him rather than the remote talk which showed the president last week sitting alone and addressing attendees virtually across an empty room.

Biden is scheduled to meet with his national security team again Sunday, just prior to his address to the nation, The Hill report continued, as the president’s credibility continues to be called into question.

Ahead of Biden’s address to the nation, conditions at Kabul airport continue to worsen.

As Breitbart News reported, a panicked crush of people trying to enter the international terminal killed seven Afghan civilians in the crowds, the British military said Sunday, showing the danger still posed to those trying to flee the Taliban’s takeover of the country.

The U.S. Embassy issued a new security warning Saturday telling citizens not to travel to the Kabul airport without individual instruction from a U.S. government representative.

Officials declined to provide more specifics about the Islamic State threat but described it as significant. They said there have been no confirmed attacks as yet by the militants, who have battled the Taliban in the past.