A Texas judge has ruled that Bexar County can keep its mask mandate in place, despite a ruling from the state supreme court and Gov. Greg Abbott (R).

“My thoughts continue to be with those children in our schools that don’t have access to the vaccine, but must attend school, coupled with the dire situation right here in Bexar County hospitals, and where we currently find ourselves,” Arteaga said in regard to the ruling, as reported by the Texas Tribune.

The ban doesn't prohibit using masks. Anyone who wants to wear a mask can do so, including in schools.https://t.co/QeVipZMPWH

The implemented mask mandate also applies to city and county offices and buildings in Bexar County, which includes San Antonio.

San Antonio Mayor Ron Nirenberg seemed to be pleased with the judge’s ruling, recognizing that the “battle is not over” and vowing to continue the fight to mask school children and residents in the county, despite vaccination status.

“We do realize that the battle is not over,” Nirenberg told My San Antonio. “We expect the state to appeal the judge’s decision, and we’ll be there to defend our school children every step of the way.”

In May, Abbott announced he would be banning local governments from imposing mask mandates, leaving those who defy his order to pay a fine of up to $1,000. 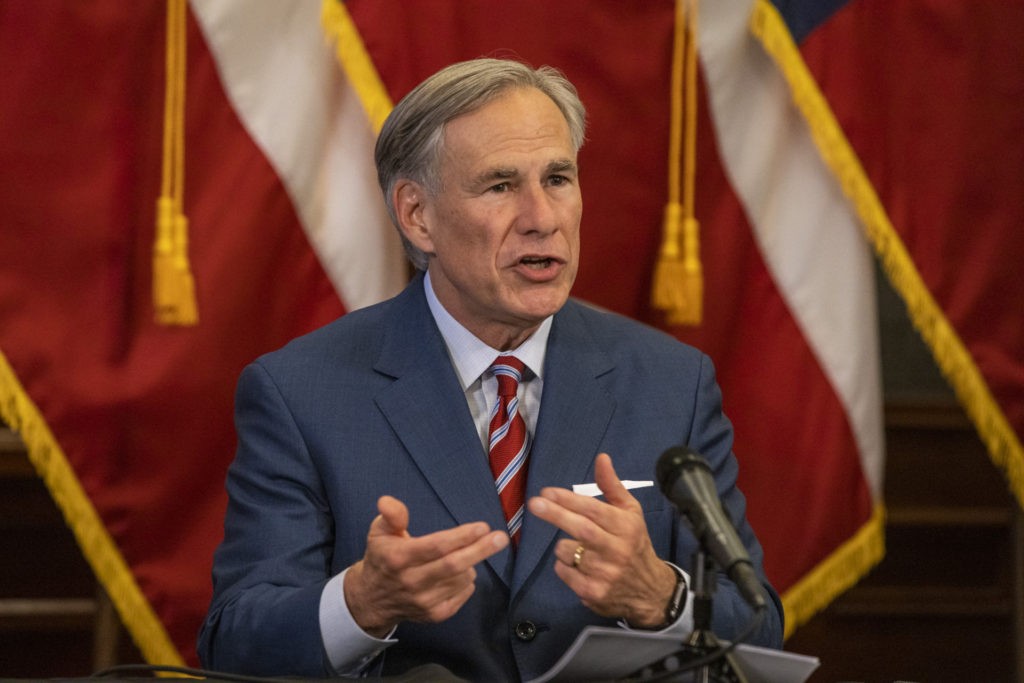 AUSTIN, TX – MAY 18: (EDITORIAL USE ONLY) Texas Governor Greg Abbott announces the reopening of more Texas businesses during the COVID-19 pandemic at a press conference at the Texas State Capitol on May 18, 2020 in Austin, Texas. Abbott said that childcare facilities, youth camps, some professional sports, and bars may now begin to fully or partially reopen their facilities as outlined by regulations listed on the Open Texas website. (Photo by Lynda M. Gonzalez-Pool/Getty Images)

The executive order, which took effect on May 21, prohibits localities — including counties, cities, school districts, public health authorities, or government officials — from mandating that individuals wear a mask.