FRANKLIN, Tennessee — Former Secretary of State Mike Pompeo ripped the immigration policy of the Biden administration in an exclusive interview with Breitbart News in Franklin, Tennessee, on Saturday.

The former Secretary of State also blasted the Biden administration’s failures on the southern border, which has permitted the entry of more than one million illegal aliens into the United States since President Joe Biden’s inauguration on January 20 of this year.

“We were very clear. America’s always a generous place. We welcome those who have real problems and want to come to America and are under threat, under our asylum laws. We’re the most generous nation in the history of the world with respect to asylum, but we need to secure America and America’s borders, and we need to make sure we know who’s coming across, and the numbers that are coming across,” he continued.

“As we sit here today, the numbers that are coming across, both unlawfully and formally through our asylum and refugee programs, are staggering, and I am very concerned that they are not sufficiently vetted in a way that can protect the American people from the threats that they may pose,” Pompeo added. 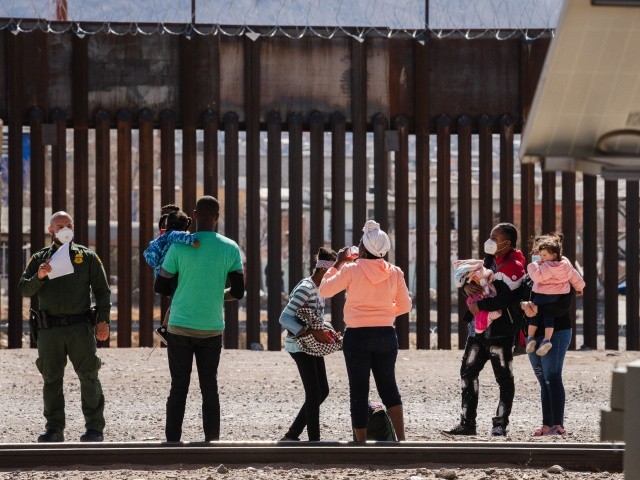 Breitbart News also asked about China and the coming Winter Olympics in that country.

“Why should the United States boycott the upcoming Winter Olympics in China? I think you’ve called them the Genocide Olympics,” Breitbart News asked.

“Today there are more than one million human beings that are being wrongfully interned in China. They are being forced to separate from their families. Women are being forced to be sterilized. There are forced abortions taking place. This is among the most horrific human rights violations that our humankind has ever seen,” Pompeo answered.

“This is ongoing,” he said emphatically.

“It’s not that it happened ten years ago or two years ago. It’s happening even as we sit here today,” the former secretary of state stated.

“To send American athletes, to reward Xi Jinping for that kind of behavior, to ask them to be just literally miles from the place where this is taking place it would remind us of what happened in the 1930s,” Pompeo continued.

“We ought not to honor this Genocide Olympics. Xi Jinping is a horrible human rights violator. We have many other options about how we could do this. We moved a baseball game in a matter of hours, surely we could move an Olympics in a matter of months and months, and if we need to delay our Olympics for a bit so our amazing athletes can all go show the world their greatness, their athletic prowess, so be it,” he added.

“We shouldn’t be there. We shouldn’t be there working to support the Chinese Communist Party with all the money that will come from that, the sponsors, the American TV audience that will come from that. I can tell you this, I wouldn’t send my child to China, given the conditions that are taking place there and the number of Americans that they continue to hold, and business people they continue to hold unlawfully,” Pompeo concluded on the China question.

Breitbart News then turned the conversation to Afghanistan.

“How would the Trump administration have handled the exit from Afghanistan differently than the Biden administration?” Breitbart News asked.

“We don’t know exactly what they’re going to do just yet,” Pompeo responded.

“I had two missions that the president gave me as Secretary of State. The first mission was to get our young people home, to get them out of harm’s way. The second was to make sure we left the capacity to reduce the risk we would ever be attacked from Tora Bora or Afghanistan again,” Pompeo explained.

“I met with the Taliban. We had multiple discussions. I was meeting with people that I’m almost certain had killed friends of mine,” Pompeo continued. 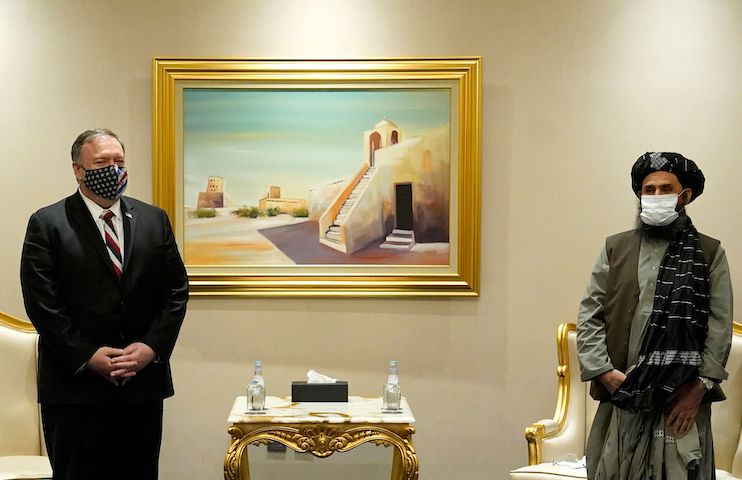 “What was that like? What kind of guys were they?” Breitbart News asked.

“They were bad guys. They were very bad people who don’t care about human rights. They have an interpretation of Sharia that is violative of all the central things that we know and value and how you should treat other human beings,” he continued.

“But in the end, you make peace and reconciliation with your adversaries, with your enemies. And so we were trying to find a path forward. I hope the Biden administration will do this. I hope they are still sincere in their effort to do the second part of the mission set, which is to ensure that we’re never attacked again from Afghanistan. When we left office, there were fewer than two hundred Al Qaeda left in Afghanistan, down from the thousands that were there almost exactly 20 years ago. That’s a really good thing, and we should be proud of the work we did to crush Al Qaeda in Afghanistan. But today, they’re in Africa, they’re in Yemen, they’re in Southeast Asia,” the former Secretary of State said.

Pompeo closed out the interview by noting that he is traveling across the country to help secure 2022 midterm election victories for Republicans running for Congress in both the House of Representatives and the Senate.

Former Secretary of State Pompeo was in Franklin, Tennessee on Saturday as the featured speaker at a Williamson County Republican Party event, The Best is Yet to Come: An Evening with Secretary Mike Pompeo.