(UPI) — The U.S. Navy on Thursday charged a sailor in connection with the 2020 fire that destroyed the USS Bonhomme Richard.

The Navy issued a statement saying the charges are related to evidence found during a criminal investigation into the cause of the fire while the amphibious warship was in port in San Diego.

“Evidence collected during the investigation is sufficient to direct a preliminary hearing in accordance with due process under the military justice system,” a Navy representative said.

The sailor was not publicly identified but was a member of the Bonhomme Richard’s crew at the time of the fire.

Vice Adm. Steven Koehler, commander of the 3rd Fleet, is considering court-martial charges, while ordering a preliminary hearing to make recommendations for further proceedings “including whether or not there is probable cause to believe an offense has been committed and to offer a recommendation as to the disposition of the case.” 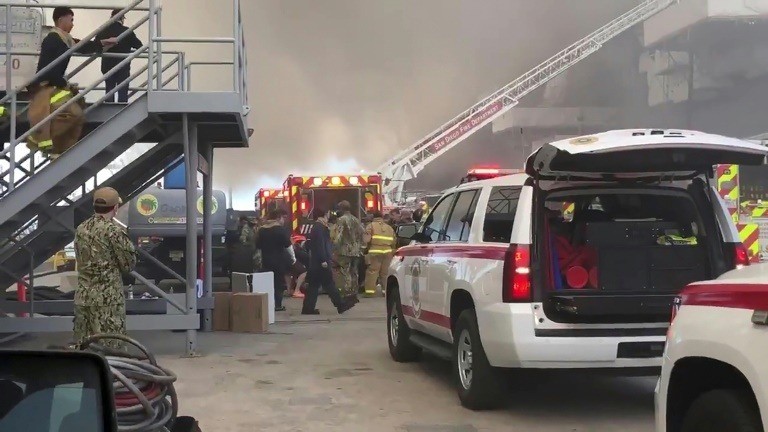 A total of 63 people — 40 sailors and 23 civilians — were treated for injuries related to the fire that burned for five days in July 2020 as more than 400 sailors assisted federal firefighters in extinguishing the blaze.

The ship, the third to bear the name Bonhomme Richard, was officially decommissioned in April.

It was commissioned in 1998 with an expected service life for 40 years and its history included deployments to East Timor in 2000 for peacekeeping and humanitarian operations as well as offloading Marines and their equipment into Kuwait in support of Operation Iraqi Freedom.