The United States ought to allow foreign nationals legally in the U.S. to vote in local, state, and federal elections with Democrats as the “biggest beneficiaries,” a New York Times op-ed argues.

The Times op-ed, titled “There Is No Good Reason You Should Have to Be a Citizen to Vote” and authored by Atossa Araxia Abrahamian, contends that U.S. elections should be opened to those of voting-age in the nation’s 15 million-strong legal immigrant population who arrived on temporary visas or green cards but do not have American citizenship.

Democrats, the op-ed admits, “are likely to be the biggest beneficiaries of this change,” though Abrahamian claims Republicans “might be induced to appeal to a more diverse constituency” with such an enormous electoral shift as a result of the policy.

The strongest case for noncitizen voting today is representation: The more voters show up to the polls, the more accurately elections reflect peoples’ desires. The United States already has plenty of institutions that account for noncitizens: The census aims to reach all residents because it believes everyone, even aliens, matters. Corporations enjoy free speech and legal personhood — and they’re not even people. Would it be such a stretch to give a noncitizen resident a say in who gets elected to their state legislature, Congress or the White House? [Emphasis added]

What’s more, allowing noncitizens to vote in federal, state and municipal elections would help revitalize American democracy at a time when enthusiasm and trust are lacking. While 2020 was considered a “high turnout” election, only about 65 percent of eligible voters cast ballots. Compare that to Germany, where turnout was 76 percent in the last general election. [Emphasis added]

Democrats are likely to be the biggest beneficiaries of this change — at least at first. But it could have interesting ripple effects: Elected Republicans might be induced to appeal to a more diverse constituency, or perhaps to enthuse their constituents so deeply that they too start to vote in greater numbers. [Emphasis added]

For decades, Democrats have sought to increase legal immigration levels and provide amnesty to millions of illegal aliens in an effort to expand their voter base.

This month, Sen. Dick Durbin (D-IL) bragged that the nation’s mass illegal and legal immigration policy — whereby hundreds-of-thousands of illegal aliens are added to the U.S. population every year and about 1.2 million green cards are awarded to legal immigrants annually — has made the electorate increasingly difficult for Republicans. 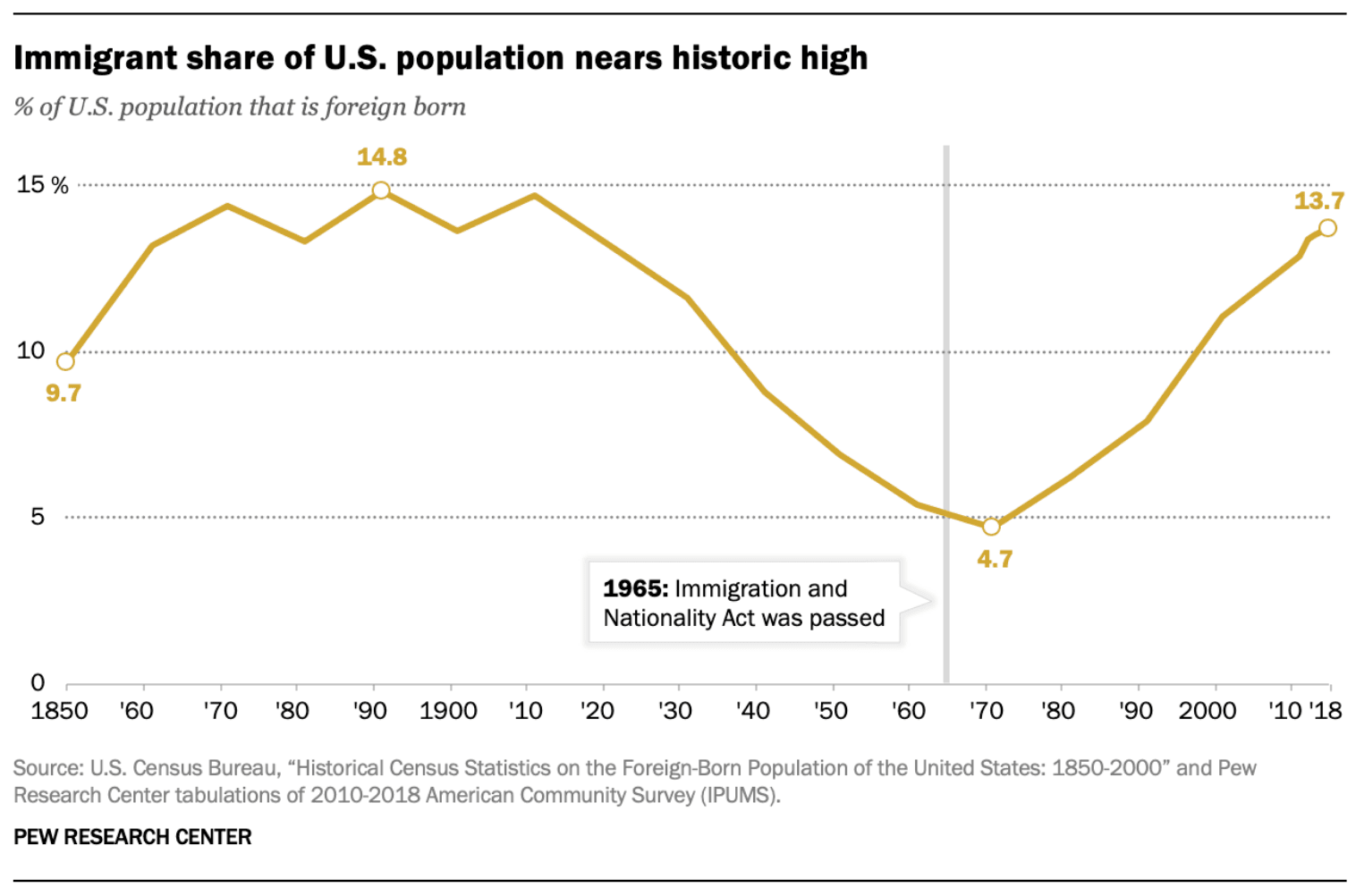 “Republicans, when in control of state legislatures, are by design trying to make it more difficult for some people to vote. Why? The answer is very simple,” Durbin said. “The demographics of America are not on the side of the Republican Party.”

“The new voters in this country are moving away from them, away from Donald Trump, away from their party creed that they preach, and instead, they’re moving to be independents or even vote on the other side,” Durbin continued.

Data over the last few election cycles have repeatedly shown the impact that a growing foreign-born voting population has in terms of electing Democrats over Republicans. In 2020, about 1-in-10 U.S. voters were born outside the country, the highest rate since 1970.

A significant increase in naturalization rates ahead of the 2022 midterms and the 2024 presidential election could deliver big gains for Democrats as margins in a number of swing states have been small over the last two presidential elections. In Pennsylvania, for example, Biden won the state by fewer than 81,000 votes.

The Washington Post, New York Times, the Atlantic, Axios, the Los Angeles Times, and the Wall Street Journal have all admitted that rapid demographic changes because of immigration are tilting the nation toward a permanent Democrat dominance.

“The single biggest threat to Republicans’ long-term viability is demographics,” Axios acknowledged last year. “The numbers simply do not lie … there’s not a single demographic megatrend that favors Republicans.”

Current legal immigration levels are expected to bring in 15 million new foreign-born voters by 2041. About eight million of those voters will have arrived entirely due to the process known as “chain migration” whereby newly naturalized citizens can bring an unlimited number of foreign relatives to the U.S.