Sen. Bob Menendez (D-NJ) admitted on Thursday that Senate Democrats have no “pathway forward” on giving amnesty to millions of illegal aliens without relying on the little-known reconciliation process that would allow them to slip such a plan in a spending package.

During a conference meeting with the pro-mass migration American Business Immigration Coalition (ABIC), Menendez said Senate Democrats are relying on filibuster-proof reconciliation, which would only need 51 votes in the Senate to pass, to sneak amnesty for illegal aliens into a $3.5 trillion budget.

“If we don’t have reconciliation, I’m not sure that there’s a pathway forward, because we started this whole process with a series, 10 to 12 … significant meetings … with our Republican colleagues,” Menendez said.

The ABIC conference involved other groups that have been lobbying for amnesty via reconciliation for months, including the U.S. Conference of Catholic Bishops, CASA de Maryland, Michael Bloomberg’s New American Economy, and the National Immigration Law Center, among others.

“As we speak, Democrats are working to finalize a $3.5 trillion budget resolution that instructs the Judiciary Committee to include … a pathway to citizenship,” Menendez continued. “So that’s a good sign. The road ahead is going to be bumpy but I believe that we can get there.”

Menendez said Senate Democrats are “looking to include the greatest number of people” in the amnesty provision of their trillion-dollar budget, including illegal aliens who are enrolled and eligible for the Deferred Action for Childhood Arrivals (DACA) program, those with Temporary Protected Status (TPS), those employed on U.S. farms, and those they consider “essential workers.”

Democrats’ amnesty via reconciliation plan hit a serious roadblock this week when Sen. Kyrsten Sinema (D-AZ) announced that she will oppose their $3.5 trillion budget. With Sinema’s opposition, Senate Democrats do not have the 50 votes necessary to pass the budget via reconciliation with Vice President Kamala Harris breaking a tie with Republican opposition. 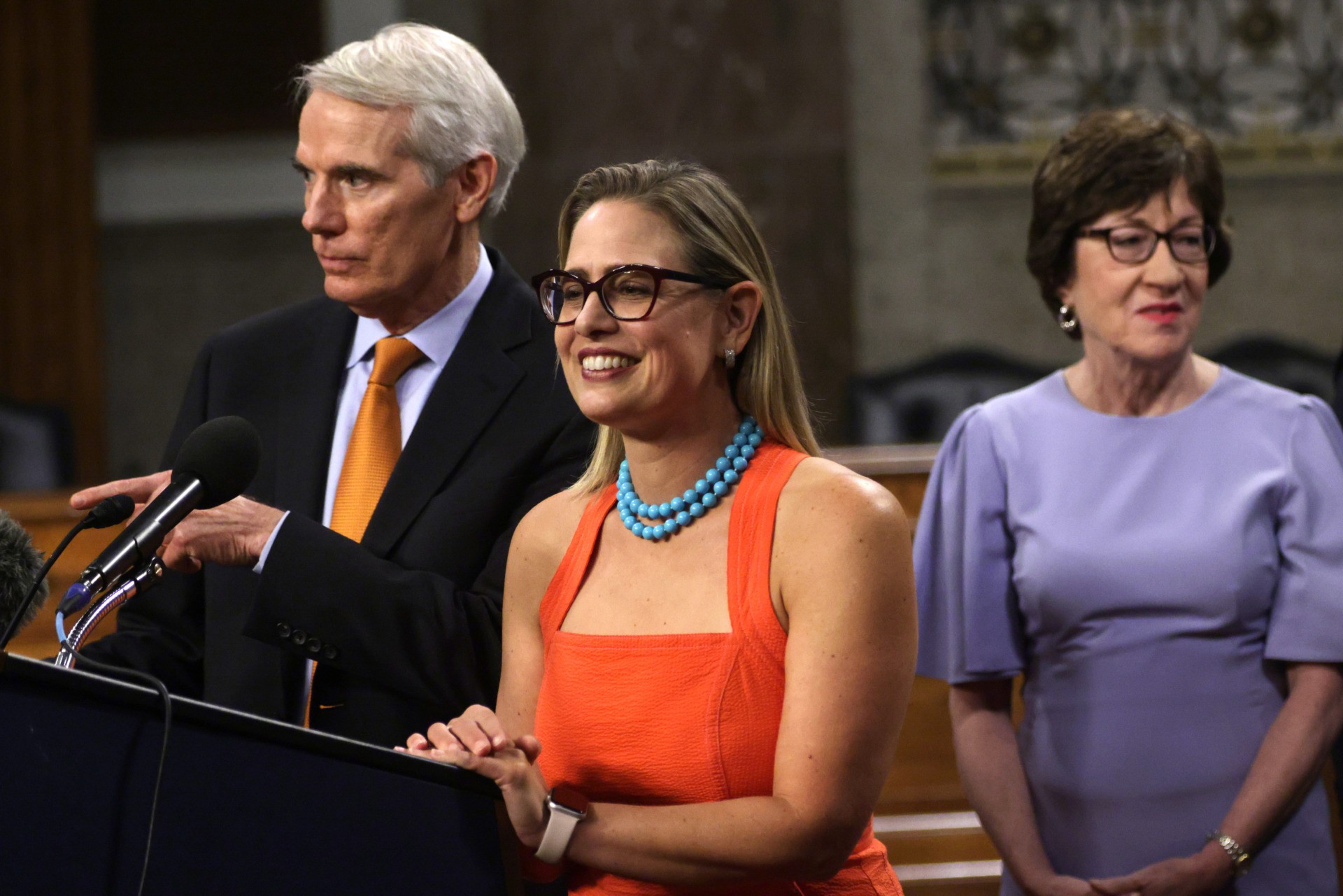 A number of House Democrats, including Reps. Lou Correa (D-CA), Jesús García (D-IL), Lucille Roybal-Allard (D-CA), and Jamaal Bowman (D-NY), have said they will not vote for any spending package on infrastructure that does not include amnesty.

Likewise, the U.S. Chamber of Commerce had most recently held a conference dedicated to promoting the amnesty plan, claiming that legalizing millions of foreign competitors against American workers is “vital” to the U.S. economic recovery following the Chinese coronavirus crisis.

Already, current immigration levels put downward pressure on U.S. wages while redistributing about $500 billion in wealth away from America’s working and middle class, toward employers and new arrivals, research by the National Academies of Sciences, Engineering and Medicine has found.