Manchin spoke as the bipartisan infrastructure negotiations have stalled more than a month after Republicans and Democrats struck a tentative deal.

House Majority Leader Steny Hoyer (D-MD) even predicted the Senate would not be able to pass the bipartisan infrastructure deal by the end of the week.

Manchin warned the Biden White House and leftist Senate Democrats if his and Sen. Kyrsten Sinema’s (D-AZ) infrastructure framework were to fail, then so will the partisan reconciliation bill. 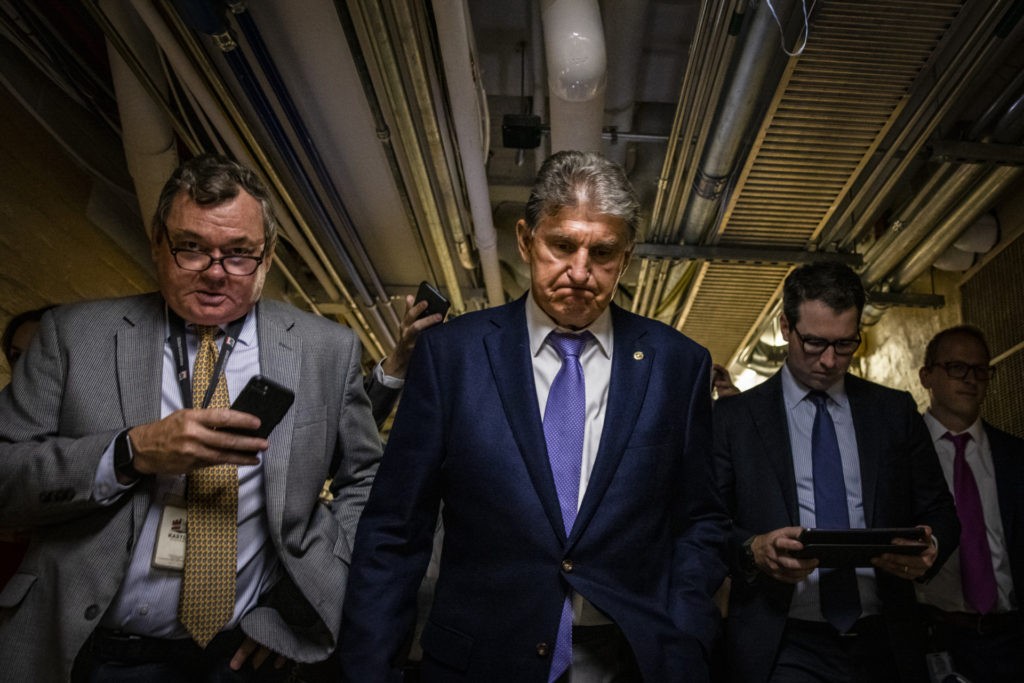 U.S. Sen. Joe Manchin (D-WV) is followed by a swarm of reporters as he leaves a meeting between a group of bipartisan Senators in the basement of the U.S. Capitol Building on July 26, 2021 in Washington, DC. (Samuel Corum/Getty Images)

“I would say if the bipartisan infrastructure deal falls apart, everything falls apart,” Manchin said.

“Both of them are extremely important,” the West Virginia Democrat said. “When one falls apart, how do you move the other one?”

Sen. Jon Tester (D-MT), who is involved in the negotiations, remained optimistic that they could strike a deal despite the lack of progress on the bill.

Tester said he feels “bullish” that they could strike a deal by Tuesday morning.

“Is there still outstanding issues? Yeah. Nobody’s bailed,” he said.

However, Senate Majority Leader Chuck Schumer (D-NY) called for the lawmakers involved with the framework to hurry up. He even threatened to hold the Senate in session over the weekend or delay the August recess to get the deal done.

“It’s time for everyone to get to yes and produce an outcome for the American people,” Schumer said.

Editor’s Note: At the time of publication, this article stated Sen. Chuck Schumer is the Senate minority leader. He is currently the majority leader. The language has been updated.