The White House on Monday offered vocal support for vaccine mandates, arguing they were meant to keep Americans safe from the coronavirus.

“I would say though that mandates, as is evidenced by the Hospital Association’s, those are meant to keep people safe around the country,” White House press secretary Jen Psaki said. 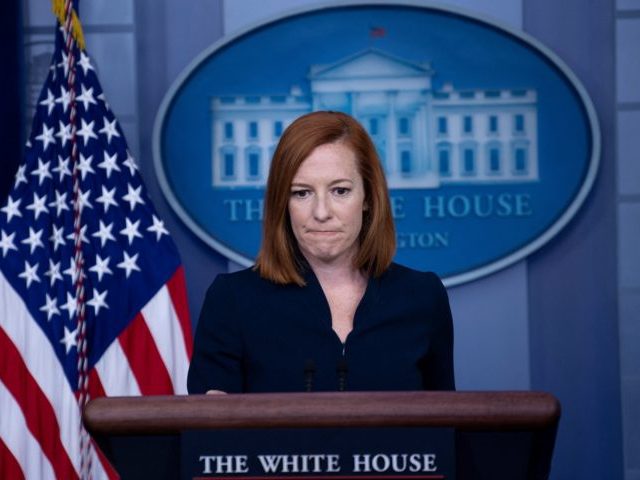 When pressed on the idea of vaccine mandates for medical workers, Psaki repeated that the White House supported the idea.

“I think I just said we support the step they took,” she said, adding that the mandate, “could be a guide for us on what to do with our own health care workforce here from the federal government.”

The Department of Veterans Affairs announced Monday a coronavirus vaccine mandate for employees providing direct patient care to veterans or face removal from their jobs.

Psaki spoke extensively about vaccine mandates during the press briefing but steered away from if President Joe Biden would publicly call for a nationwide mandate.

She said the White House was not looking at a potential vaccine mandate through a political lens, but if they could save lives.

Psaki fell back on the advice from health and medical experts regarding the idea of vaccine mandates.

“If the health and medical experts suggest that that’s the right way to go, then we’ll support that,” she said.

When asked to detail some of the science behind travel bans, based on the spread of the delta variant of the coronavirus, Psaki replied, “I’m not a doctor or a medical expert.”

One reporter asked Psaki if it would be “inappropriate or illegal” for President Joe Biden to require all federal employees to be vaccinated for the virus.

“It has not been determined it will illegal, no, but we have not yet made a determination about that,” she said.