Sen. Josh Hawley (R-MO) on Monday introduced the “Love America Act,” designed to combat Critical Race Theory in classrooms, in part by prohibiting federal funding to schools where founding texts of the United States are taught as products of white supremacy and racism.

According to Hawley’s office, the bill is designed to “promote patriotism in education and fight back against the spread of anti-American, critical race theory classes in K-12 education.”

The bill would specifically prohibit federal funding for “educational agencies and schools whose students do not read certain foundational texts of the United States and are not able to recite those texts or that teach that those texts are products of white supremacy or racism.” 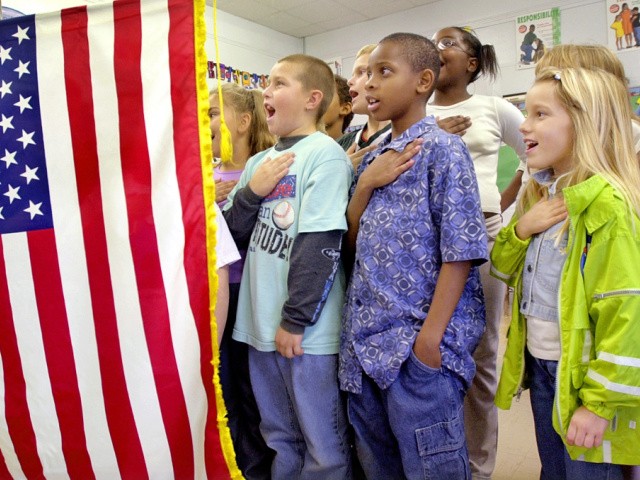 Under the bill, federal funds would only go to educational agencies or schools that teach children the basic tenets of liberty and patriotism. The legislation provides a timeline:

The bill specifically states that “no Federal funds shall be provided  to an educational agency or school that teaches that the Pledge of Allegiance, the Declaration of Independence, or the Constitution of the United States is a product of white supremacy or racism.”

“Over the past year, Americans have watched stunned as a radical ideology spread through our country’s elite institutions—one that teaches America is an irredeemably racist nation founded by white supremacists,” Hawley said in a statement, warning that the ideology has infiltrated schools.

“We cannot afford for our children to lose faith in the noble ideals this country was founded on,” he continued.

“We have to make sure that our children understand what makes this country great, the ideals of hope and promise our Founding Fathers fought for, and the love of country that unites us all,” Hawley added.