Republican Florida Gov. Ron DeSantis has put Ben & Jerry’s and its British manufacturer Unilever on a state watch list for its decision to stop the sale of its products in “disputed territories” in and around Israel.

The move to take a pro-Palestinian stance led DeSantis to send a letter on Thursday to the State Board of Administration to ask it to “immediately place Ben & Jerry’s and Unilever on the Continued Examination Companies that Boycott Israel List.”

The list is part of a state law passed in 2016 that gives companies 90 days to “cease the boycott of Israel in order to avoid qualifying for investment prohibition.”

Meanwhile, Ben & Jerry’s responded by doubling down on its support of Palestinians in the wake of the listing. 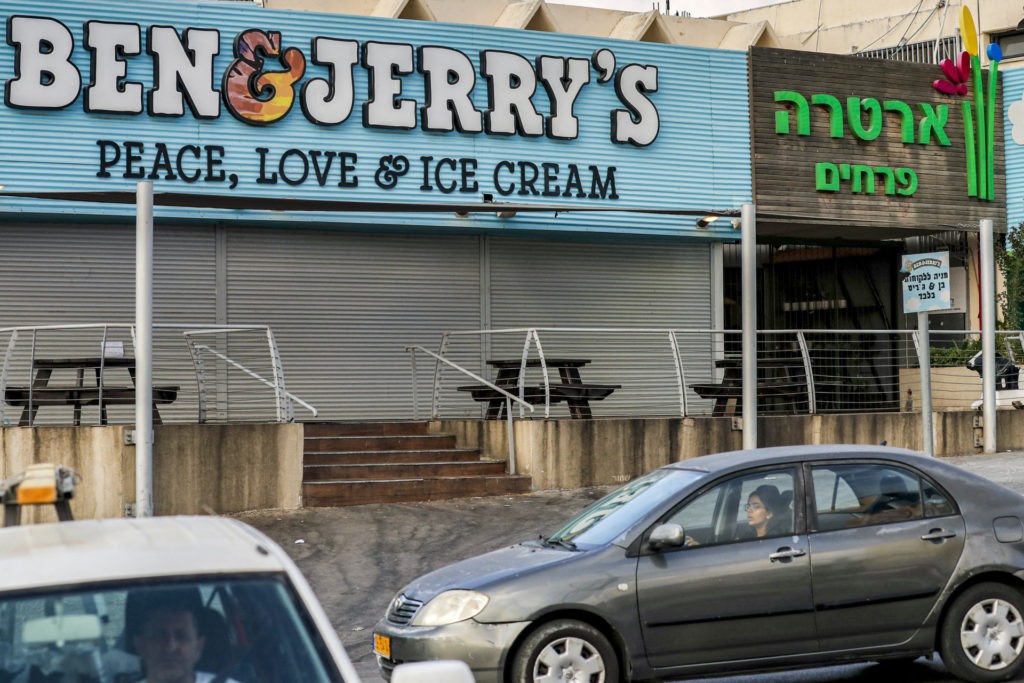 Motorists drive past a closed “Ben & Jerry’s” ice-cream shop in the Israeli city of Yavne, about 30 kilometres south of Tel Aviv. On July 19, Vermont-based Ben & Jerry’s announced it would no longer sell its ice cream in the West Bank and East Jerusalem, which have been under control of the Jewish state since 1967. (AHMAD GHARABLI/AFP via Getty Images)

“We believe it is inconsistent with our values for Ben & Jerry’s ice cream to be sold in the Occupied Palestinian Territory (OPT),” Ben & Jerry’s said in a statement released on Monday.

The company also said it would continue to sell products in Israel through “a different arrangement.”

The NBC affiliate in Florida, WFLA, reported on the development:

Florida Rep. Randy Fine, R-Broward County, is the only Jewish Republican in the state legislature. He said Florida has the right to boycott any companies that boycott Israel.

Fine said despite the “boycott” being aimed at only part of Israel, it still triggers the state law he sponsored.

“This does not affect any individual consumer’s right,” Fine said. “People should be able to buy whatever they want from whomever they want, but the state of Florida has a right to decide who it buys products from, as well.”

“This is all land that Israel won after it was attacked in 1967,” Fine said. “It has every right to it. It chooses to give it away; that’s up to Israel. but it’s certainly not occupied.”

“It smacks of anti-semitism,” Gottlieb said. “I don’t understand it. I’m glad the governor did this.”